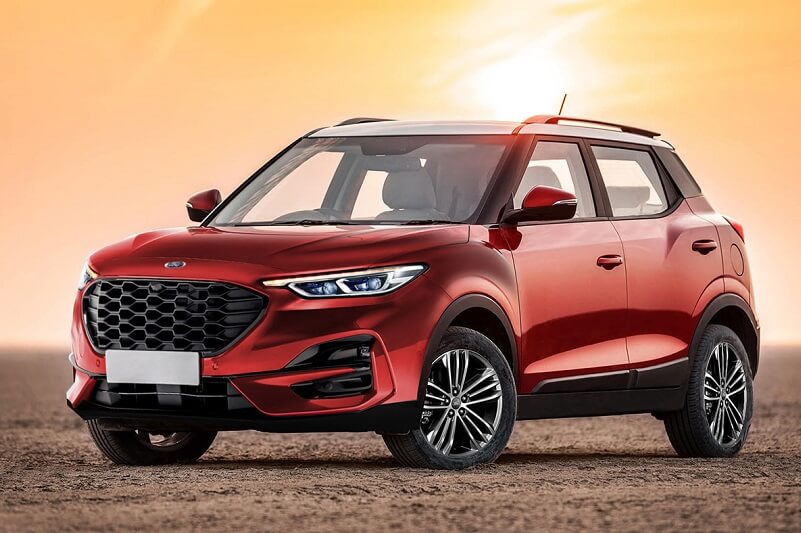 Recently, we have reported that the 2021 Ford EcoSport will use Mahindra’s mStallion petrol engine that made its debut at the 2020 Delhi Auto Expo. It will be among the first models to roll out under Mahindra-Ford’s joint venture. While Brazil will be the first market to receive the third-generation EcoSport, it will arrive in India in the first quarter of 2021. The subcompact SUV will come with a new 1.2L, 3-cylinder T-GDI gasoline motor with direct injection technology.

Mahindra’s new mStallion petrol powertrain will be introduced in place of the 1.0L EcoBoost engine that was recently scrapped out of the lineup. The new BS6-compliant motor will be tuned for generating power worth 130bhp against 230Nm of peak torque. This will make it around 5bhp more powerful and 60Nm torqueier than the EcoBoost motor.

The 2021 Ford EcoSport might get a 6-speed manual gearbox as standard. The lineup is likely to come with a dual-clutch (DCT) automatic gearbox option. Talking about Mahindra’s mStallion range, it includes 1.2L, 1.5L and 2.0L engines offering 130bhp with 230Nm, 163bhp with 280Nm and 190bhp with 380Nm respectively. The mStallion 2.0L motor will be the most powerful Mahindra engine and it will debut on the new-generation XUV500, Scorpio and Thar.

Unlike the Brazil-spec new EcoSport that will be built on the modified B3 platform, the Indian model will continue to underpin the existing architecture. The former will feature more aggressive design bits such as new front grille, revised headlamps and bumpers with chrome accent, slightly lower roof, newly-designed alloys and LED fog lamps and LED taillamps.

Inside, the 2021 Ford EcoSport might feature a larger touchscreen Sync4 infotainment system with Apple CarPlay and Android Auto. Compared to the current generation, the Brazil-spec version will be larger and have more cabin space to offer. A few more changes are likely to be made on the new EcoSport.