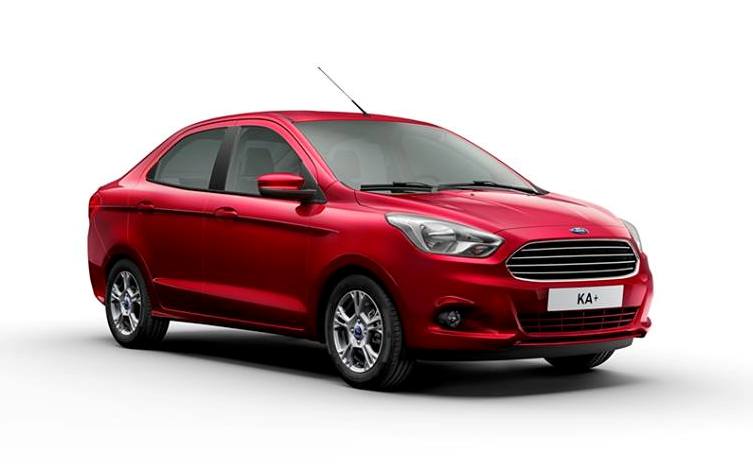 After revealing the exterior, Ford Brazil has now released the first interior image of the new generation Figo and Figo sedan (Ka & Ka+). Both the models will go on sale in the Brasilian market next month, while the India launch will take place in the first quarter of 2015. It will be the first car in Brazil to come up with the SYNC AppLink with connectivity system installed. The centre console image with SYNC and Applink system sports voice activated commands which allow the occupant to dial and call, and change music system.  The centre console is also equipped with vertical air conditioning vents and music controls. Ford India has recently launched the 2014 Fiesta which is equipped with the AppLink system which has smartphone applications such as Cricinfo and MapMyIndia.

The exteriors of the Ka twins look identical to the concept unveiled. The company has slightly modified the aerodynamic curves and creases to make it road compatible. The front fascia features Aston-Martin like grille flanked by sweptback headlamps. The hatchback model is equipped with honeycomb grill instead of the horizontal chrome slat grille in the concept.