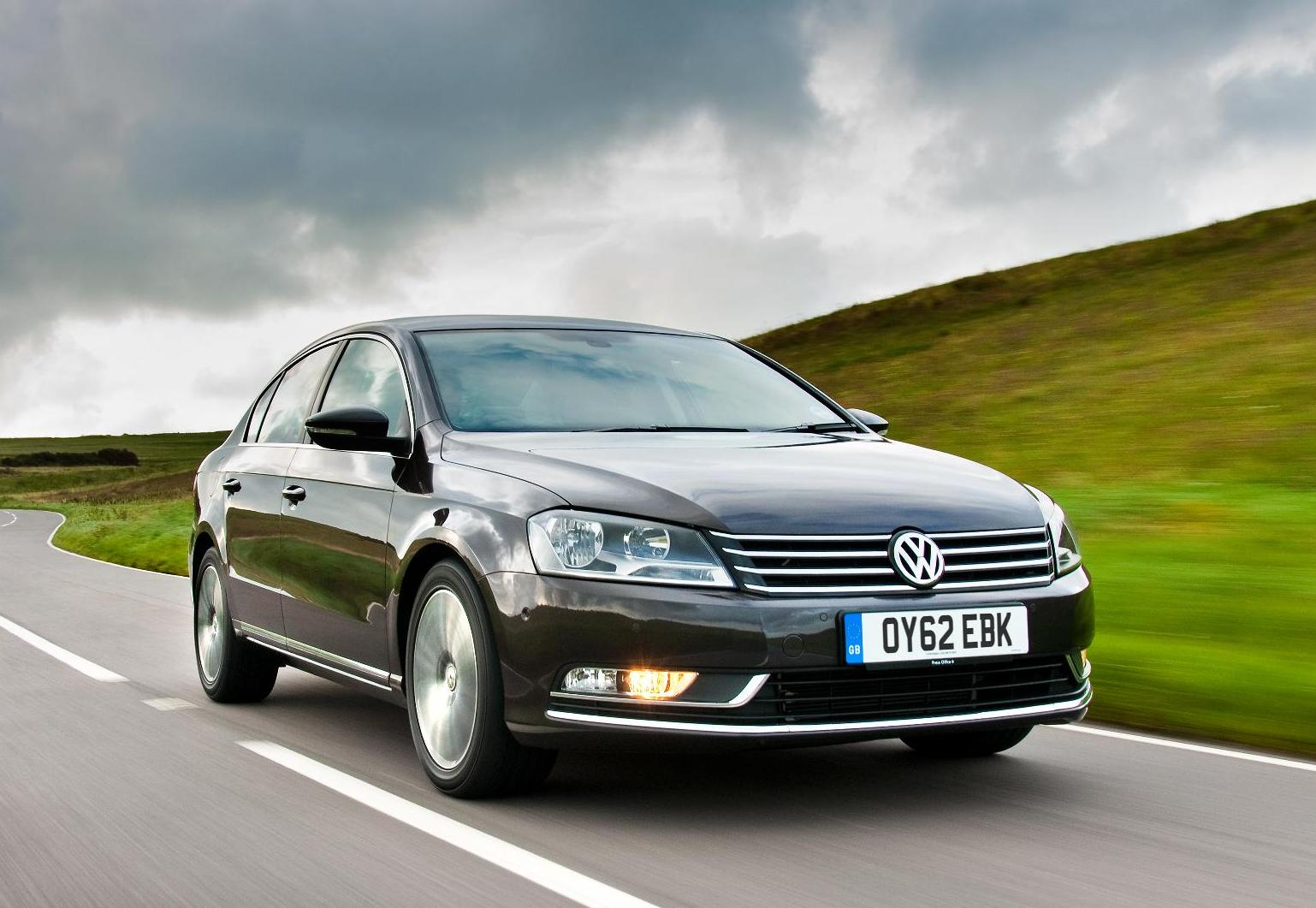 Volkswagen has finally revealed the new generation 2015 Passat sedan. The company has released a set of images of the sedan as well as Estate model, which gives important details about the vehicle.

We have been constantly updating you about the new generation Volkswagen Passat which is scheduled to make its debut at the 2014 Paris Motor Show. Few days back, several sketches and engine details of the new Passat have surfaced the web. If media reports to believe, the company will officially reveal the new 2015 VW Passat online on July 3. The sketches show that the new model will get a sportier and coupe like stance. The new generation Volkswagen Passat will be based on the stretched version of the MQB platform. The company has used high-strength vacuum-formed steels which will make it around 85 kg lighter than the current generation model. It will be 2mm shorter than the sedan; however, the wheelbase will be enhanced which improves the passenger area by 33mm. The front seats are 10mm lower, while the rear headroom has been increased by 26mm. Its luggage carrying capacity of the sedan will be increased by 47 litres to 650 litres.

This premium sedan is likely to get an updated electronic tailgate. The rear bench will have a 40:20:40 split configuration which offers an enhanced cargo space. It will also be a dual-level trunk floor and a section on runners for sliding back heavy luggage.

The new 2015 Volkswagen Passat is expected to get full LED headlights and taillights. It is likely to sport various driver assistance features, newly formulated steering wheel and a 12.3-inch digital instrument cluster.  Initially, the all-new Passat will be offered in two forms- sedan and wagon; however, the company will later introduce the CC four-door coupe, a rugged Alltrack wagon and a CC shooting brake.