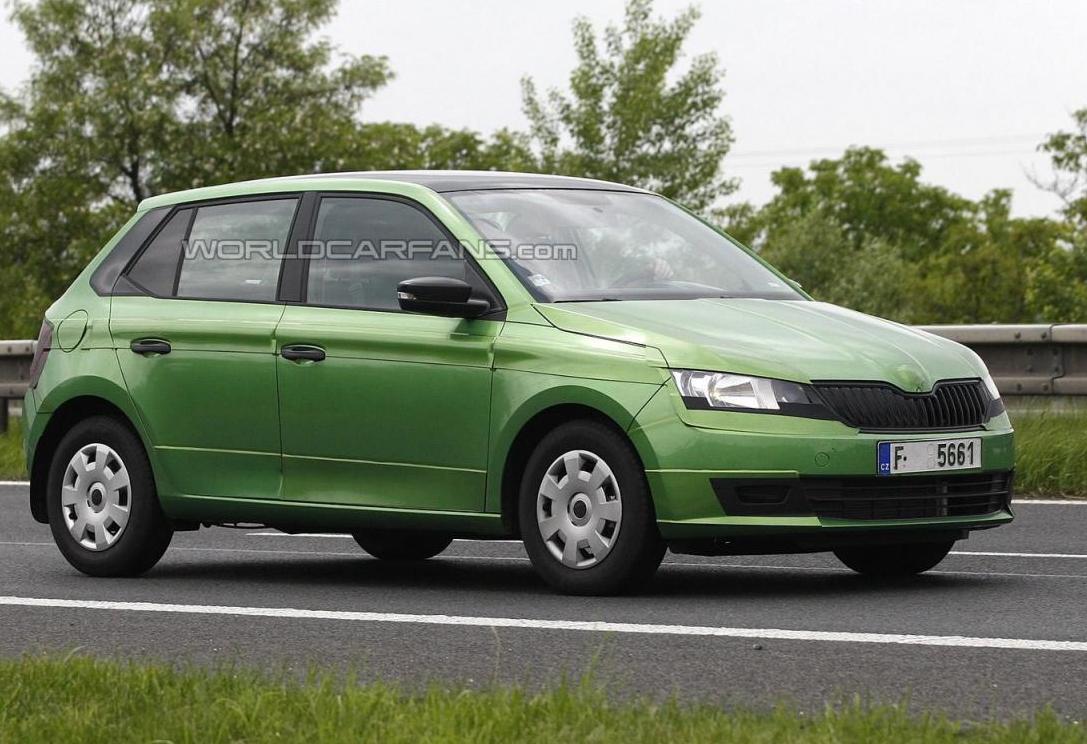 We reported earlier that Skoda will unveil the new generation Fabia hatchback at the 2014 Paris Motor Show in October. Few days back, the fully camouflaged model was spotted during its test rounds on Nurburgring track in Germany. Now, the new 2015 Skoda Fabia has been spotted again, and this time the test mule was fully uncovered, giving some important information about the car. The new Fabia looks quite identical to its predecessor; however, it now gets familiar look. On closer look, the vehicle seems to be inspired lot from the Rapid sedan. At the front, the hatchback features wider front grille which is complemented by a narrow headlamps. The side profile of the hatch gets aggressive creases that run across the length of the car, while the vehicle gets sportier C-pillar and newly designed greenhouse area. At the back, the hatchback is equipped with roof-mounted spoiler giving it a fresh look. It was speculated that the new generation Skoda Fabia will be based on the shorter version of Volkswagen Group’s MQB architecture; however, the new model is built on the existing platform to keep the prices down. The new Fabia will share its engine configuration with the Polo facelift. So, it will be powered by a 1.5-litre diesel engine which will be mated to an automatic transmission gearbox. The other mills are likely to be the 1.2-litre petrol and 1.2-litre diesel. If media reports to believe, the 2015 Skoda Fabia will be revealed online in September, while the public debut is likely at the Paris Motor Show. It is expected to go on sale by the end of this year in the European nations, and this model will also make its comeback to India by mid-2015.