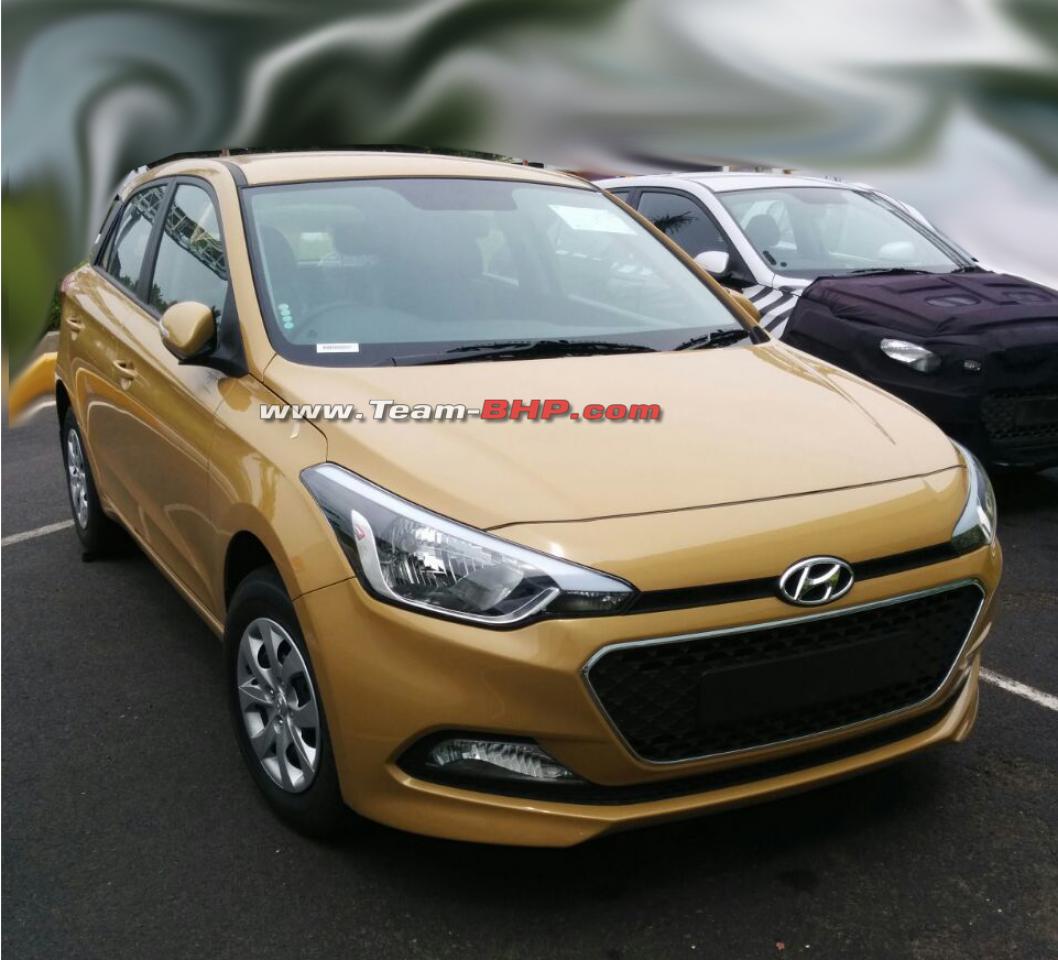 We have been constantly updating you about the Hyundai i20 facelift and the company’s plans of launching it during the festive season. This time, the premium hatchback facelift was spotted completely uncamouflaged as a test mule during one of its testing session. Although, it has been caught testing on several occasions previously too but with heavy camouflage. Hence, this totally undisguised outing comes as quite a surprise and clearly states that it is due for launch anytime sooner. The company is carrying out extensive test runs in order to ensure everything falls in the right place. Going by the spy-shots, it is quite evident that the hatchback has an entirely European flair and the front fascia resembles to Peugeot cars. The re-worked honeycomb front grille which also holds the number plate looks decent. It also showcases the headlamps with metal inserts and they seem to be emerging out of a tiny horizontal slit above the redesigned grille. Talking about the side profile, the C-pillar is engrossed in black color while the roofline sports a sloppy form. Coming to the rear end of the hatchback, there is a newly designed rear bumper in which reflectors are integrated but quite low, than the current model. Furthermore, the tail gate flaunts a fresh design and the rear lighting cluster is a bit elongated. Though, mechanical details are still unknown but it is highly expected that Hyundai would retain the current 1.2-litre and 1.4-litre petrol and 1.4-litre diesel engines with the new iteration of the premium hatchback. But, if sources are to be believed, it is likely to boast a 5-speed automatic transmission instead of the ongoing 4-speed automatic gearbox. It would be pitted against the likes of Volkswagen Polo, Maruti Swift, Fiat Punto EVO, and Tata Bolt in the B+ segment of cars at the Indian auto industry.