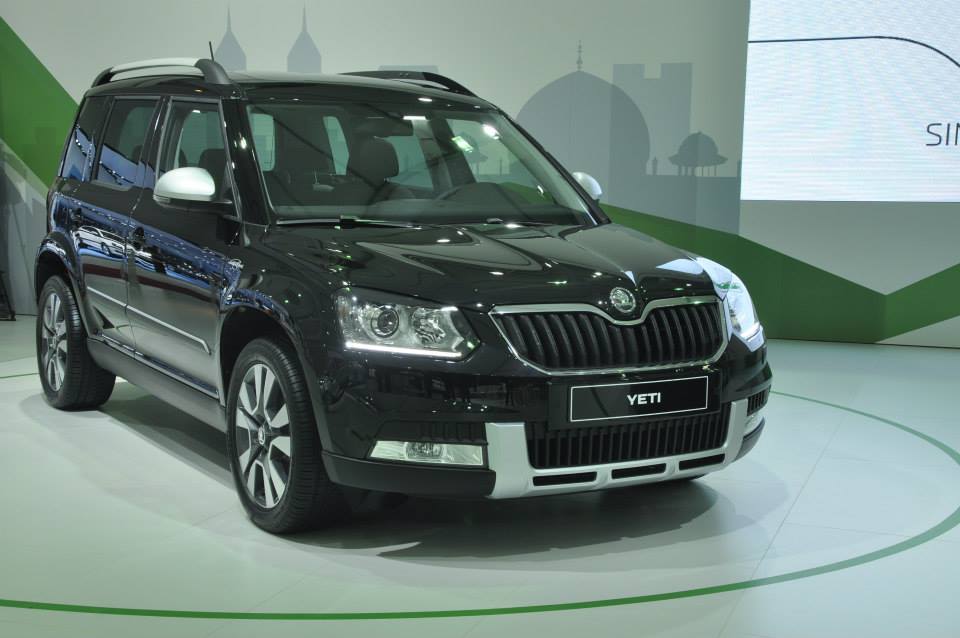 Skoda India unveiled the new 2014 Yeti facelift at the 2014 Indian Auto Expo. The new Yeti was first unveiled at the 2013 Frankfurt Motor Show and has already been launched in several countries across the world. Two different variants of the facelifted SUV was displayed in Frankfurt- Yeti Style and Yeti Outdoor. The model displayed at the 2014 Auto Expo was Yeti Outdoor, which will come to India as well.

The new Skoda Yeti gets a visual makeover including new headlamps with integrated xenons and LED day time running lamps. It comes with a new grille, like Superb sedan, which offers the new Skoda family look, while the bumpers have also received some upgrades. At the rear, the SUV gets a new pair of LED tail lamps similar to that of Superb one. The more rugged Yeti Outdoor, which will come to India, gets plastic cladding on the bumpers and sides. Its flared wheel arches have been fitted to a new set of 16-inch alloy wheels.

Inside the cabin, the Skoda Yeti comes equipped with a new three-spoke steering wheel. Adding to it, the SUV features a new tyre pressure monitoring system, cruise control along with keyless entry and start, electrically adjustable driver seat and others.

The India-bound Skoda Yeti will get two diesel engine options. A 2.0-litre TDI diesel engine that churns out a maximum power output of 110PS. Power is transmitted to front wheels via a five-speed manual transmission. The other version will be an all-wheel drive, which will be powered by a 2.0-litre TDI plant that produces 140PS of top power. This engine will be paired to a six-speed manual transmission gearbox.

Skoda Yeti facelift is likely to be launched by the festive season (Dushera and Diwali). It will be manufactured at Skoda’s production plant in Aurangabad, Maharashtra. The new Skoda Yeti is expected to be priced in the range of Rs. 14- 18 lakh. With new model, the company aims to enhance its market share in India. 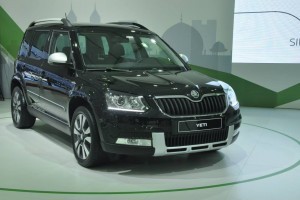 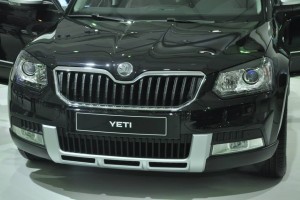 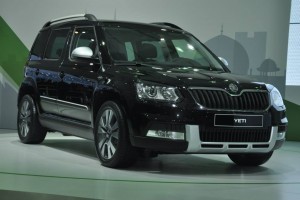 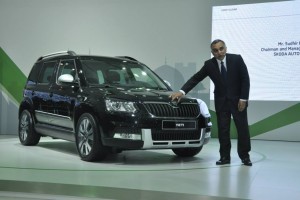 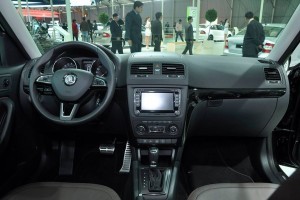 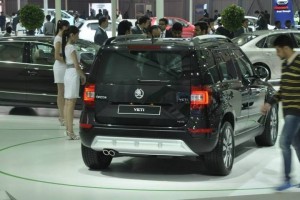