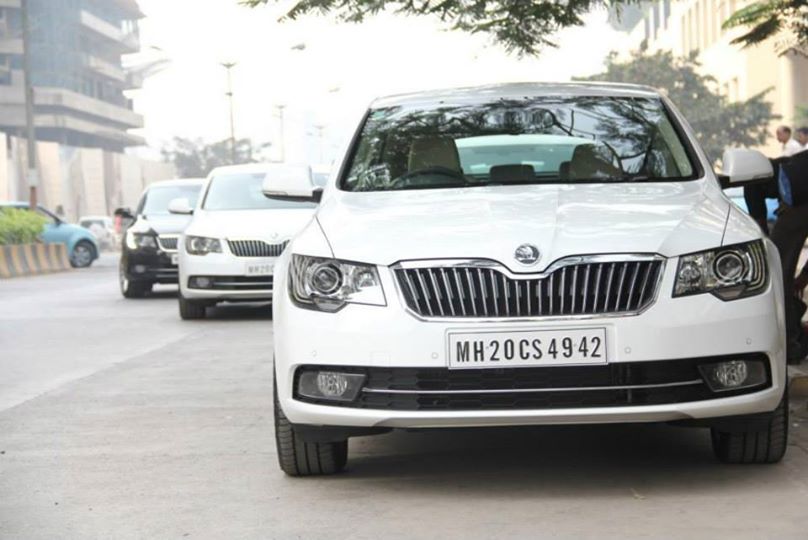 The 2014 Indian Auto Expo is around the corner and the car manufacturers are all set to showcase their new models, facelifts and concepts. Skoda India will have a couple of products to unveil at the event- the Superb facelift and new Yeti. After teasing the first pictures of 2014 Superb facelift few days back, the company arranged the media drive on 13th January, revealing almost everything about the car. The launch, however, should happen next month. The company might also announce the prices of Superb facelift at the Auto Expo.

The front fascia of the saloon features a new headlights which comes with integrated LED daytime running lights, restyled grille, updated front bumper and foglights. The rear end too gets some updates including the new taillights with LED stop lights and the licensing plate is moved up to the bootlid. Other changes include, a new set of alloy wheels and revised boot. The car has gone though some minor interior changes as well, making it more up-market car than before.

The updated Saloon will carryover the existing engine options including the 1.8-litre TSI and the 2.0-litre TDI motor. However, the oil burner 2.0-litre TDI might be tuned for more efficiency and low emissions. If rumours are to be believed, the new Skoda Superb diesel will return an impressive 21kmpl, which will make it one of the most fuel efficient car of its league.

As far as the pricing is conerned, we are hoping it to remain unchanged, and even if it changes, it will be very marginal.