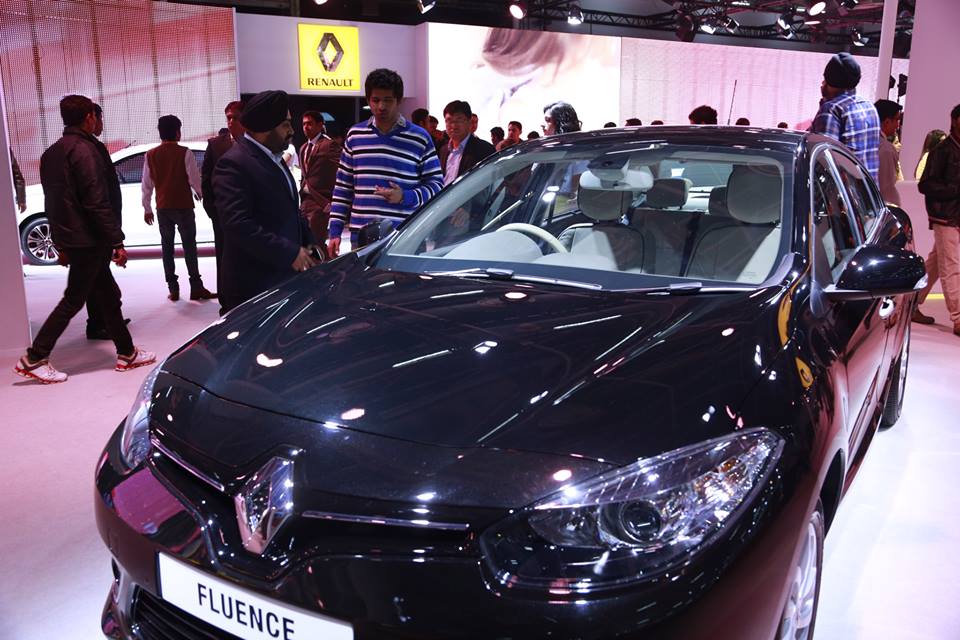 French automaker Renault will launch the new 2014 Fluence facelift in India on March 19, 2014.  It was first unveiled at the recently held 2014 Indian Auto Expo. The company has already started the production of the sedan at its Chennai based manufacturing unit. It will be made available in two trims- E2 and E4.

Under the hood, the vehicle gets the 1.5-litre K9K diesel engine that churns out a maximum power output of 110PS and 240Nm of top torque. Power is transmitted to front wheels via a six-speed manual transmission gearbox. It is claimed to offer an impressive fuel efficiency of 20.4kmpl. It will also come with a 2.0-litre petrol version, which will get an automatic transmission gearbox.

The new Fluence sedan now features a new front grille, redesigned headlamps, and new bumpers with integrated fog lamps, LED daytime running lamps. The front grille now accommodates a bigger Renault logo. The side profile of the sedan looks identical to its predecessor, however it gets a newly designed 16-inch alloy wheels.

Inside the cabin, the Renault Fluence facelift features a reworked dashboard, audio player with MP3/radio/Bluetooth connectivity, an advanced touchscreen infotainment system and others. Adding to it, the vehicle sports follow me headlamps, engine stop/start button, electrically adjustable outside rear view mirrors and others. When it comes to safety, the Renault Fluence gets four airbags, anti-lock braking system with electronic brakeforce distribution and ESP (Electronic Stability Programme).