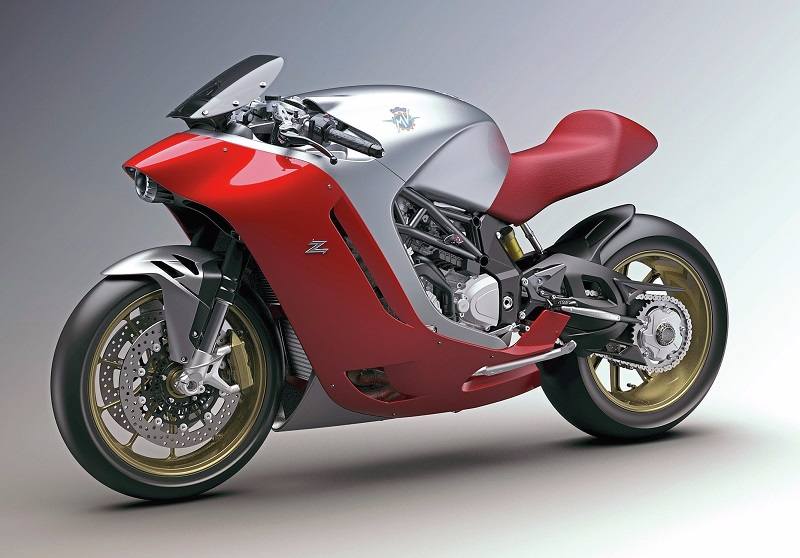 MV Agusta F4Z Zagota super sportbike will have its world premiere on the coming 4th September. Ahead of its global debut, the Italian bikemaker has released a couple of teaser images of the motorcycle. The MV Agusta F4Z Zagota is based on the MV Agusta Zagato concept that was unveiled early this month. This motorcycle concept has been designed by the renowned Italian automotive design and coach building company – Zagato.

The fascia of the MV Agusta F4Z Zagota looks quite aggressive with the Cyclops eye-like projector headlights, muscular fuel tank, a small visor and silver colour fairing. The MV Agusta Zagato concept will preview the company’s futuristic design approach and technologies. Since the Zagato is known for its car designs, this super sports motorcycle concept will become a platform for the company to prove its capabilities in two-wheeler design space. 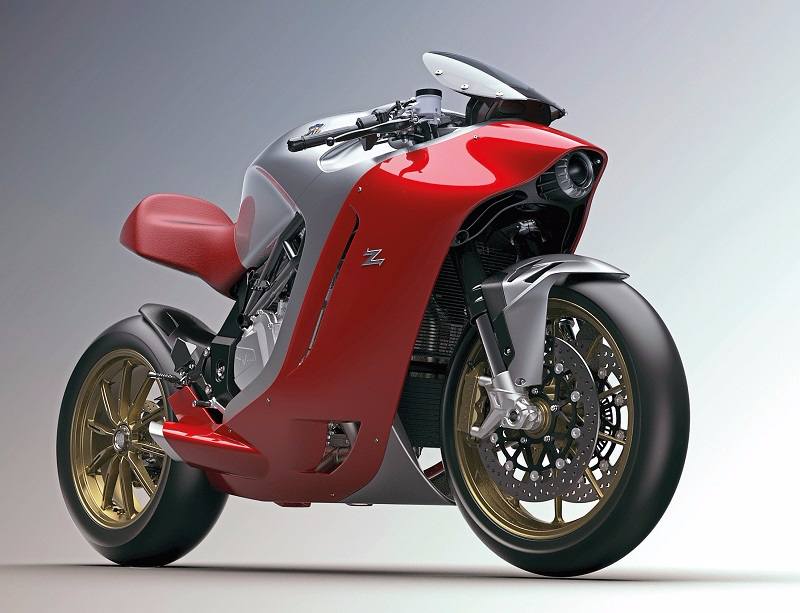 The teaser image represents the aerodynamic front cowl and a large fully enclosing windscreen of the bike. Painted in sporty red and black shades, the MV Agusta Zagato also features the pronounced Zagato badge on the fairing panel. Similar to the company’s flagship supersport bike ‘MV Agusta F’, the MV Agusta F4Z Zagota sits on the trellis frame integrated with signature single sided swingarm. The bike also comes fitted with Marzocchi USD forks and Sachs monoshock on the front and rear axles respectively. The braking system of this supersport bike compromises of twin disc brake front and a single one at the rear, attached to the engine via a chain.

The MV Agusta F4Z Zagota might share its engine with the F4 – i.e. 1000cc, 4-cylinder liquid cooled motor. This powertrain, with a 6-speed gearbox, develops a peak power of 195bhp at 13,400rpm and 111nm of torque at 9,600rpm. However, the official technical details are yet to be revealed by the bikemaker.

In May 2016, MV Agusta India made its official entry into the Indian market in collaboration with Kinetic Group. Initially, the company put up three motorcycles on sale including flagship F4, F3 and Brutale 1090 at its first Indian MotoRoyale outlet in Pune. While the MV Agusta F4 is available at Rs 35.71 lakh (Standard) and Rs 26.87 lakh (RR Avatars), the F3 and Brutale 1090 are priced at Rs 16.78 lakh and Rs 24.78 lakh respectively. Aforementioned prices are ex-showroom, Pune.

The exclusive F4 RC and F3 800 editions are offered at Rs Rs 50.1 lakh and Rs 19.5 lakh respectively (ex-showroom, Pune). MV Agusta India is planning to set up its outlets in 5 major cities including Delhi, Mumbai, Bangalore, Chennai and Ahmedabad.