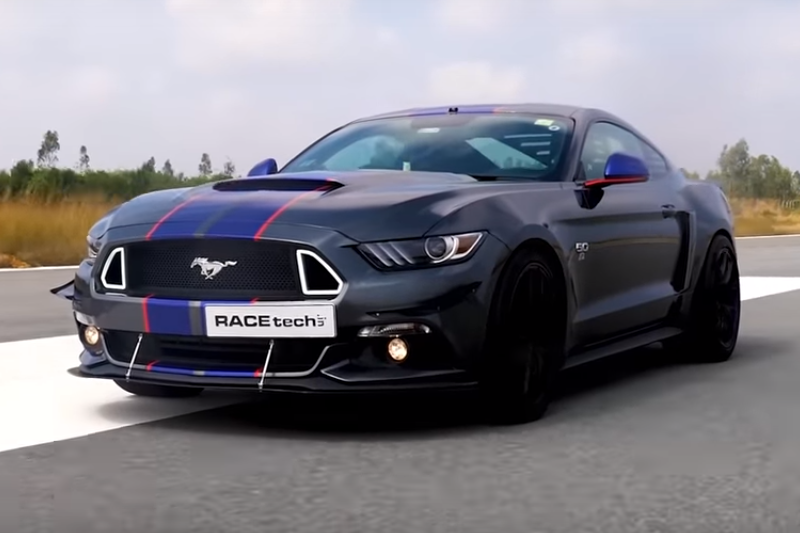 The Stage 2 supercharger kit from Roush will cost you Rs 10 lakh.

India’s first true muscle car, Ford Mustang was introduced in the country in July 2016. Initially, the American carmaker allotted only 100 units of the pony car for the Indian market, which were sold within few days of its arrival. In fact, the carmaker sold over 250 units of the vehicle in just 9 months its launch. Attributes such as stunning looks, powerful V8 engine, good ground clearance and affordable pricing made it a hot choice among enthusiasts.

For the Indian market, the Mustang is made available with a 5.0-litre V8 engine that’s good enough for 395bhp and 515Nm of torque. Power of 395bhp, however, might not be enough for some Mustang owners. Well, then they have modification as an option to quench their thirst for power and speed. And Racetech is one of them. Pictures – This is a Ford Mustang turned Batmobile!

The Bangalore based Automobile and Motorshports solutions provider has modified the regular 395bhp pony car and turned it into India’s most powerful Mustang. This modified Ford Mustang features a Roush-sourced Stage 2 supercharger kit that makes it able to deliver a whopping power of 717bhp and 827Nm of torque. This makes it 322bhp more powerful (around 67%) and 312Nm torquier than the standard Mustang. Read – 2018 Ford Mustang Facelift To Launch Soon

Compared to the turbochargers, the superchargers supply a higher volume of compressed air inside the combustion chamber and reduce lag time (up to zero). While the former spin up to 15,000rpm, the latter can make up to 50,000rpm. The modified Ford Mustang also has a Roush-sourced kit supporting engine’s extra power. It has a new induction system and a high capacity and low-restriction air filter. 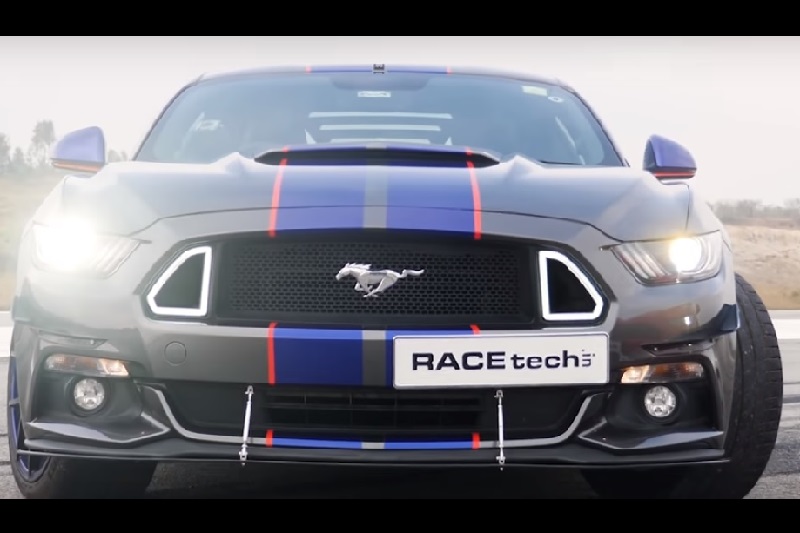 The modified Ford Mustang can do 0-100kmph in 4.7 seconds, thus making it 2 seconds faster than the regular model. Even on the race track, it can mark 0-200kmph in 13.1 seconds. While the stock model delivers a top speed of 222kmph, the modified version can attain 258kmph. Check Out – New Ford Endeavour Pictures & Launch Details

As far as the pricing is concerned, the Stage 2 supercharger kit from Roush will cost you Rs 10 lakh. The installation procedure will take 15 days. The kit will also come with one year warranty of unlimited kilometers.