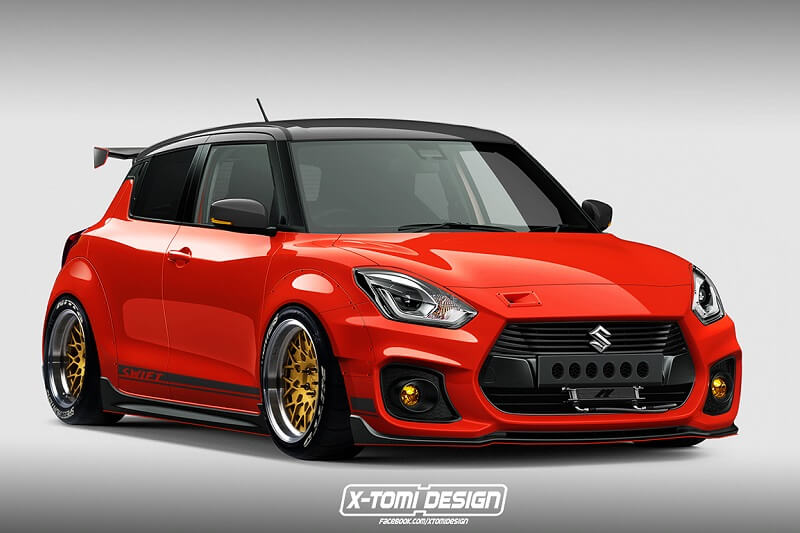 The Swift is anyway a really sporty car. But some enthusiasts just don’t want to stop there. This latest iteration is one great example of the same. Brainchild of a car illustrator named X-Tomi Design, the hatch looks drool-worthy from every angle you look at it.

As the image shows, the car is painted in bright red shade with an all-black contrasting roof, wing mirrors and rear spoiler. It gets a wide body custom kit and the stance has been lowered to make it look more focused. The low profile tyres shod on wider gold splashed wheels compliment the sporty look well. Also Read – Top 5 Best Modified Maruti Suzuki Swifts

The front bumper and grille has also been tweaked. An all-black look has been given to the grille and the intercooler is now visible as well. There’s an intake scoop that just below the front bonnet and looks like a neat touch. Also See – Best Modified Maruti 800s

This concept is based on the Swift Sport and not the regular model which we get in India. It is underpinned on Suzuki’s latest platform and weighs just around a ton. Under its hood works a 1.4-litre-138 turbocharged petrol engine that makes it a true hot hatch. After the arrival of the Baleno RS in our country, we expect the Swift Sport to also hit the Indian roads someday. 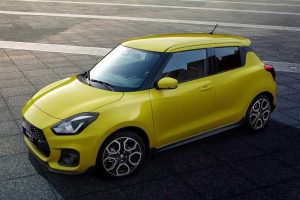 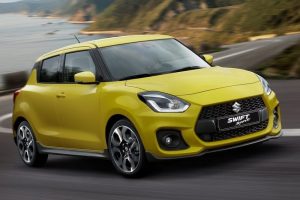 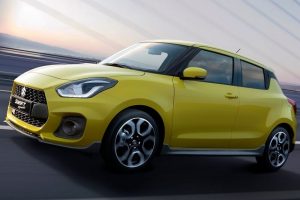 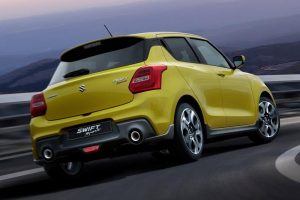 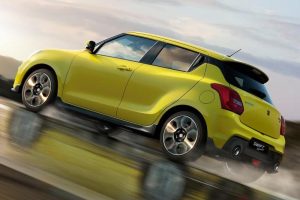 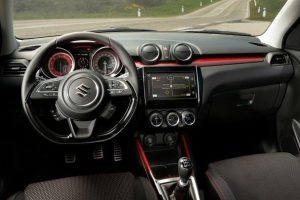 One thing is for sure – this render will inspire a lot of Swift owners who want their car to stand out in the crowd.