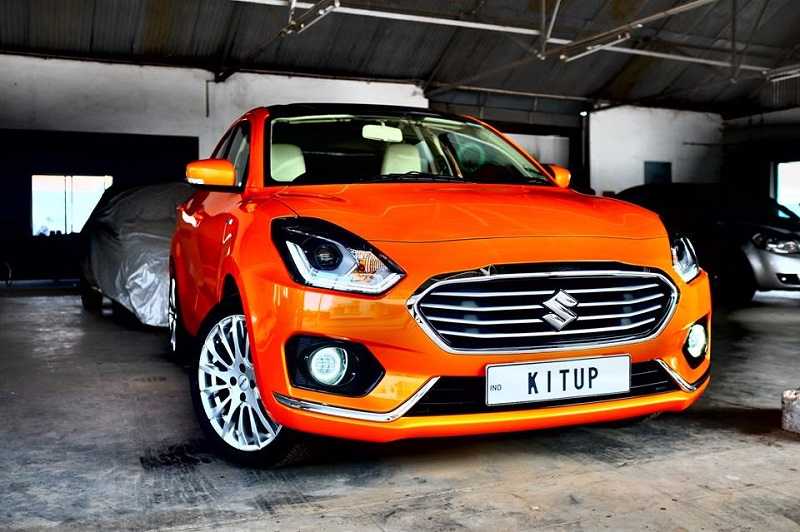 Seems like modification is now gaining traction in India. Be it an old model or a brand-new car, customers are now keen on personalizing vehicles sometimes for better aesthetics and sometimes for convenience. The latest car to undergo modification is Maruti’s all-new Dzire which has been modified by Coimbatore based customizer, KitUp Automotive. Changes on this mod Dzire can be seen on the exterior and interior. The paint job is all new with the wing mirrors coloured to match the body paint. KitUp has used orange shade on the Dzire (Sunset Beam Pearl) which seems inspired by the G63 AMG Crazy Colour edition. Also Read – Top 5 Modified Maruti Suzuki Swift

Apart from the new colour scheme on the outside, the car gets a contrast Piano Black Vinyl finish on the roof, circular LED integrated daytime running lights around the custom fog lamps and 17-inch alloys sourced from Momo. It additionally receives a black insert on the rear bumper. Also See – Top 5 Best Modified Maruti 800ss

Changes made to the interior include white leather for a soothing affect. Leather can also be seen around the headliner and KitUp has also added a new audio system. Unlike the stock Dzire, this mod unit comes with a panoramic sunroof. It retains the engine set up and continues to draw power from the 1.2L VVT petrol unit good for 82bhp at 6000rpm against 113Nm torque at 4,200rpm. This custom Dzire uses a five-speed auto gear shift gearbox (AGS) for transmitting power to wheels. 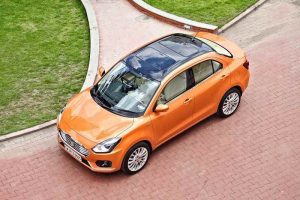 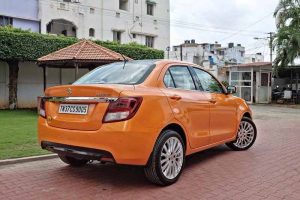 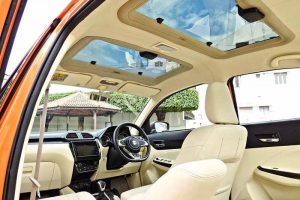 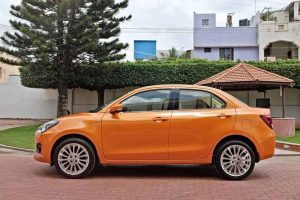 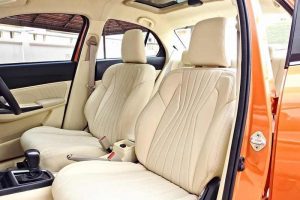 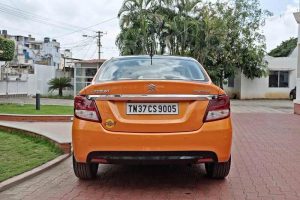 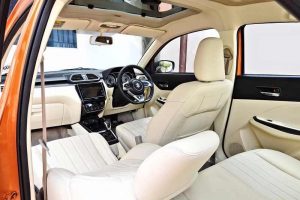 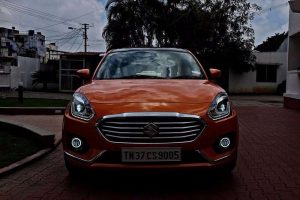 The stock Dzire is also available with a 1.3-litre oil burner that makes 73bhp at 4000rpm and 190m torque at 2000rpm. It also comes with a standard manual unit and an optional AMT unit. Sporting a new design and built on new underpinnings, the third generation Dzire is a far cry from its predecessor. Maruti has added new tech to bring it on par with competitors, that said, the new Dzire packs in prominent infotainment, comfort and safety bits missing in the previous version.