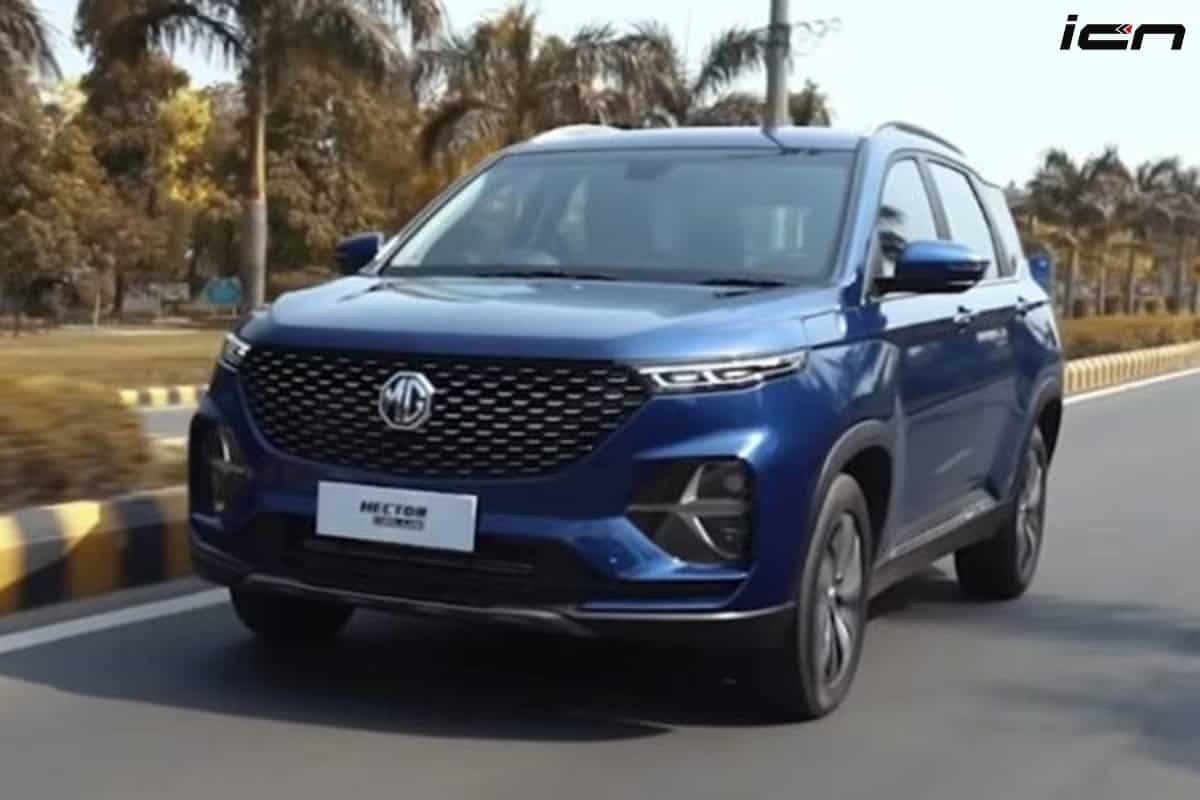 Morris Garages is all set to launch its third product in the Indian market – the MG Hector Plus. Based on the Hector 5-seater, the new SUV will hit showrooms in the first or second week of July, 2020. Ahead of its official launch, some of its interesting details have been emerged online. The Hector Plus will come with both 6 and 7-seats configurations to take on the upcoming Tata Gravitas. Reports suggest that it initially only 6-seater version will be made available.

The carmaker has confirmed that the SUV will have captain seats in the middle row. It also accommodates an additional third row of seats, thanks to its increased length. Unlike the 5-seater Hector, the bigger SUV will offer ‘Leg Swipe’ boot opening feature allowing opening the tailgate by waving a foot below the rear bumper. It will also be offered in an exclusive Starry Sky Blue colour scheme.

The new MG 6/7-seater SUV will be offered with three BS6-compliant powertrains sourced from the 5-seater Hector. The setup will include a 1.5L turbo petrol (143PS/250Nm), a 2.0L turbo diesel (170PS/350Nm) and a 1.5L petrol with mild hybrid system. A 6-speed manual gearbox will be standard on petrol and diesel variants, while an automatic transmission will be reserved for the petrol models. Read – MG Motors to Launch 3 New 7-Seater Cars in 1 Year

Production of the MG Hector Plus is already underway at the company’s Halol plant. Its prices will be around Rs 1 lakh higher than the Hector 5-seater. Official details are likely to be revealed in coming weeks. Stay tuned to IndiaCarNews.