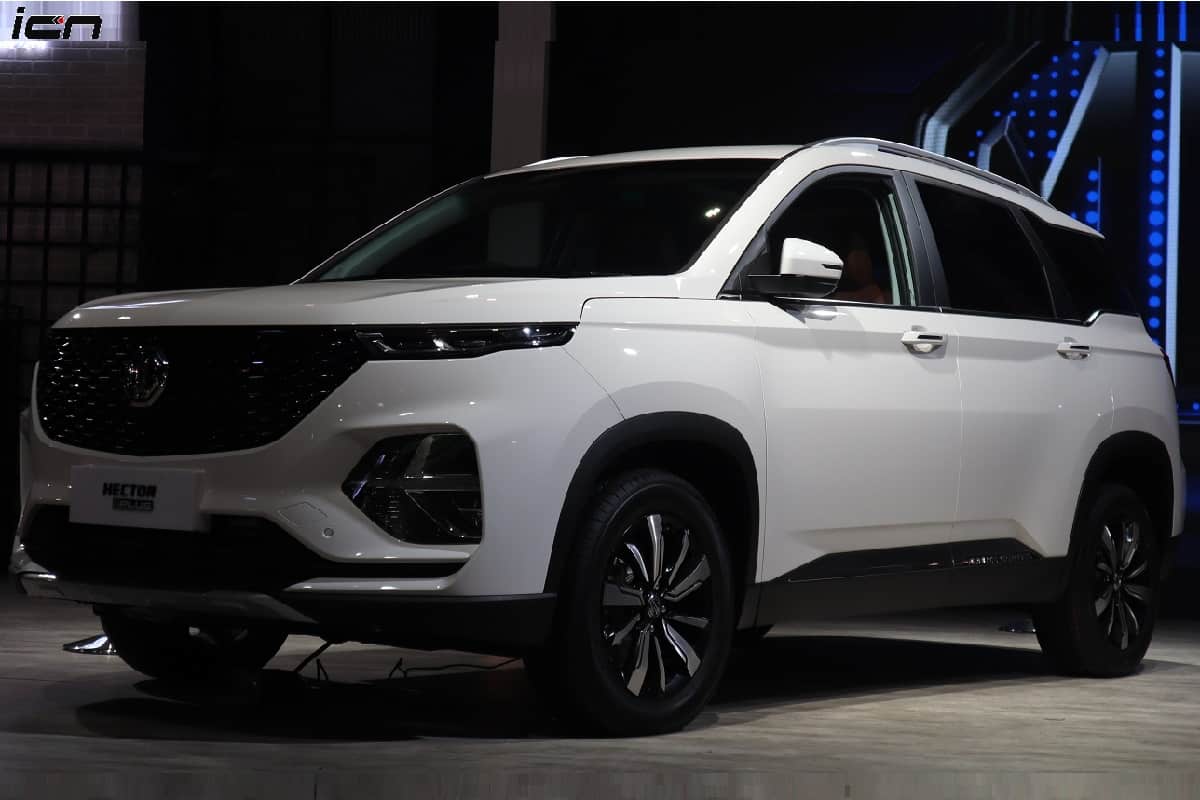 MG Motor India has decided to launch the Hector Plus and Gloster SUVs on their scheduled timeline despite the ongoing COVID-19 crisis. While the former will hit showrooms in the next 3 months, the latter one is slated to see a release by November, 2020. Both models were showcased at this year’s Auto Expo. The carmaker has also confirmed that it will bring in an all-new model by March, 2021.

Talking about the MG Hector Plus, the 6-seater will share most of its design bits, components and powertrains with the 5-seater Hector. This means, the SUV will come with a 1.5L turbo petrol, a 1.5L petrol with 48V mild hybrid system and a 2.0L diesel engine option. It can be had either with a 6-speed manual gearbox and a DCT automatic transmission.

Compared to its 5-seater version, the Hector Plus is 40mm longer. Its width, height and wheelbase, however, remain unchanged. It has captain seats for the second row of seats and third row seats with 50:50 split ratio. Features such as all-black front grille without chrome surround, headlamps and fog lamps with new triangular design, thicker LED DRLs, revised bumper, LED light bar on tailgate and slightly different reverse light and reflectors make it look different than the 5-seater Hector.

The MG Gloster, the 7-seater premium SUV from the British carmaker, will use a 2.0L twin-turbo petrol engine. The gasoline motor delivers a peak power of 218bhp against 480Nm of torque. There will be two transmissions on offer – a 6-speed manual and a 6-speed automatic. The SUV will come with RWD and 4WD drivetrain options and 7 driving modes – Eco, Auto, Sport, Sand, Mud, Rock and Snow.

Compared to the Toyota Fortuner and Ford Endeavour, the MG Gloster will be bigger. Its overall length, width and height stand at 5005mm, 1932mm and 1875mm respectively. The SUV sits on a 2950mm long wheelbase.