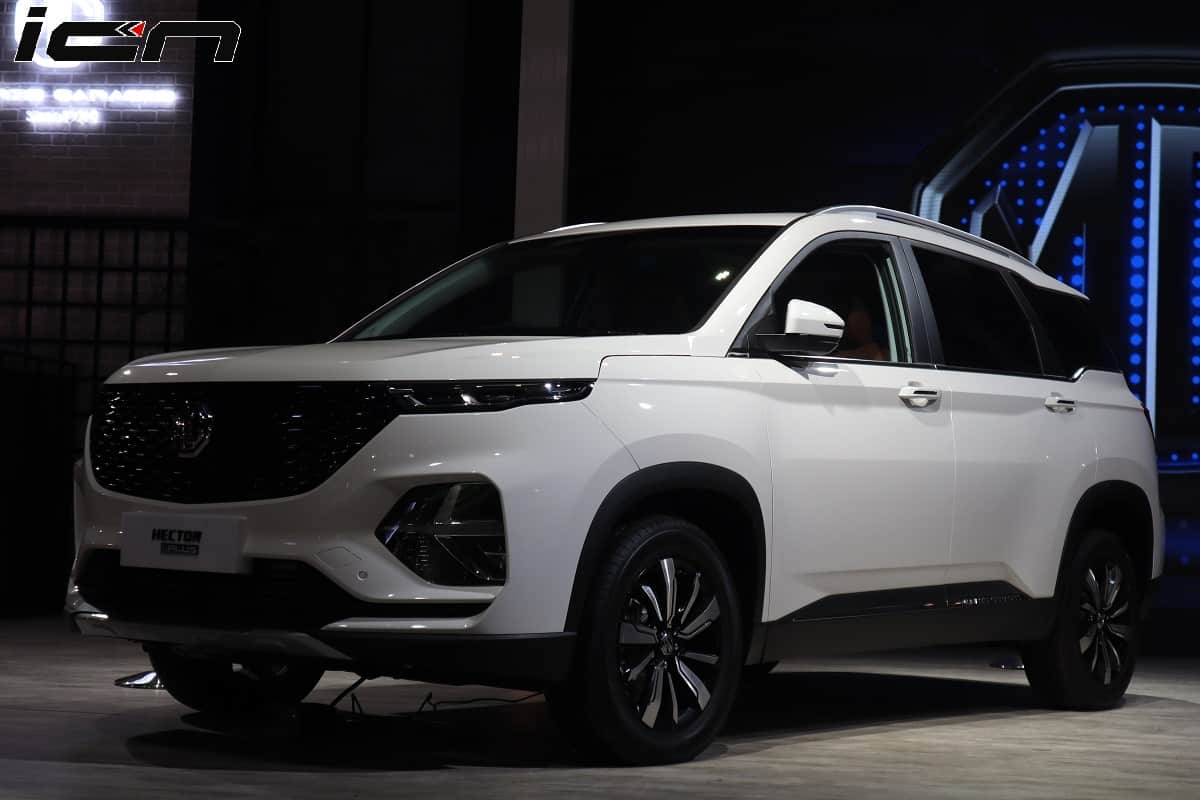 At the 2020 Delhi Auto Expo, MG had showcased the 6-seater version of the Hector SUV. Called the MG Hector Plus, the new SUV will officially go on sale during festive season just before Diwali. It will directly rival the Mahindra XUV500 and the soon-to-be-launched Tata Gravitas.

The company had unveiled the 6-seater version of the Hector; however, both 6-and 7-seater versions will be launched in India. The third row seat of the MG Hector Plus is flexible, and can be folded down completely to increase the boot space of the SUV. It also gets dedicated air-con vents and utility spaces. In terms of features, the SUV gets the same 10.4-inch vertical infotainment system with smartphone connectivity, automatic climate control, panoramic sunroof, Wi-Fi connectivity and several other comfort goodies and safety features.

The length of the SUV has been increased by 40mm to accommodate the third row of seat. Rest of the dimensions remain the same, measuring 1,835mm, 1,760mm and 2,750mm in width, height and wheelbase respectively. It has a ground clearance of 198mm. The six-seater model will have captain seats for the second row, while the 7-seater model will come with 60:40 split bench seats. Not just dimensions, MG has also made changes to the styling of the Hector Plus. The SUV gets all-black grille with chrome surround, updated bumper and revised headlamps and fog lamps, and thicker LED DRLs. The rear also receives subtle changes. The red-colour strip that connects the tail-lamps has been removed. Also See – Hector Plus Vs Hector 5-seater

The MG Hector Plus shares the engine specs with the regular 5-seater model. Engine line-up will include 1.5L petrol with 48V mild-hybrid setup, 1.5L turbo petrol and 2.0L diesel motor. While the petrol unit is good for 143bhp and 250Nm of torque, the oil burner produces 170bhp of power and 350Nm of torque. Transmission choices will include a 6-speed manual and a DTC automatic unit.