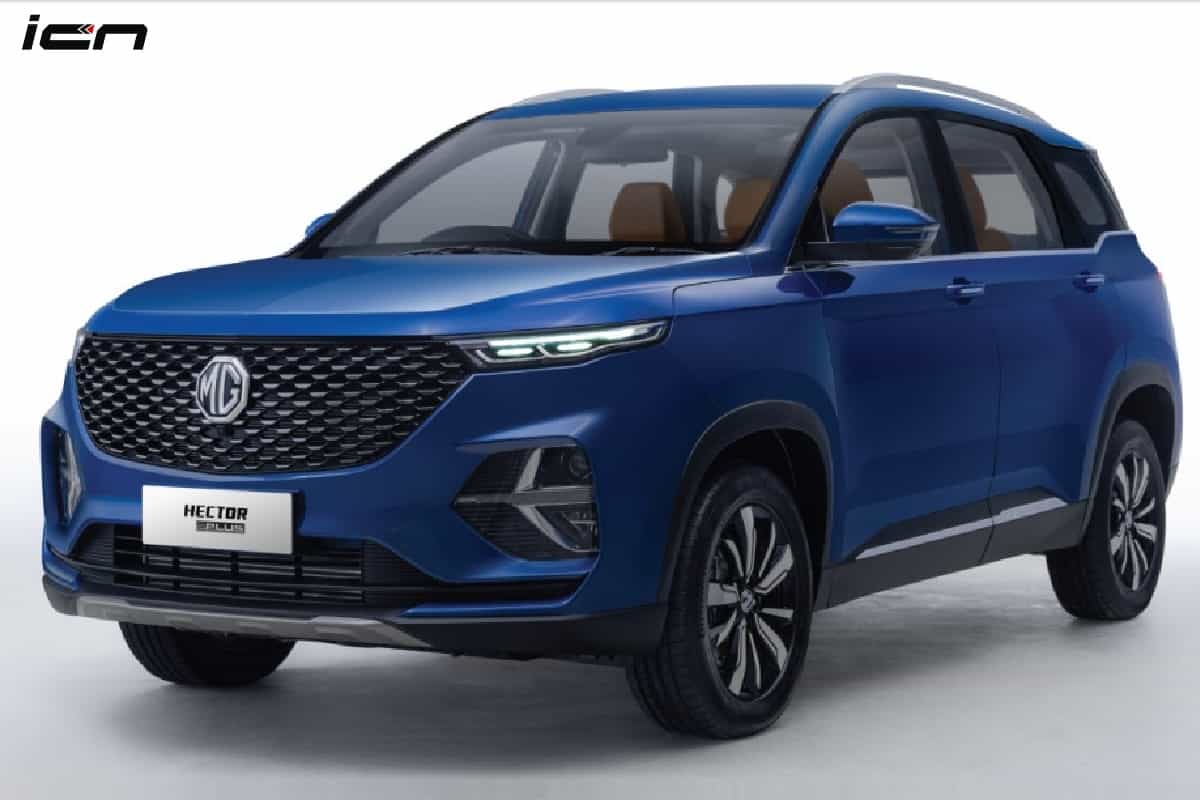 MG Motors has started accepting pre-bookings for the upcoming new Hector Plus 6-seater SUV at a token amount of Rs 50,000. The SUV is scheduled to be launched in the Indian market on July 13, 2020. MG has officially announced that the new model will come in 3 trim levels – Super, Smart and Sharp.

Expected to be priced around Rs 15 lakh, the MG Hector Plus will rival the likes of the Mahindra XUV500, Toyota Innova Crysta and the upcoming Tata Gravitas. The Hector Plus will come as a six-seater SUV; however, 7-seater version is likely to join the line-up at a later stage. The SUV will share the engine set-up with the 5-seater Hector. While the entry-level Super will come in diesel version only. the mid-level variant will come in diesel and petrol automatic options. The top-spec Hector Plus Sharp will be offered with all engine gearbox combinations.

The upcoming MG Hector Plus comes with some design changes including front grille, new slimmer LED headlamps with DRLs and new lower bumper and air-intake. At the back, the SUV gets revised tail-lamps and re-styled lower bumper. The boot space of the SUV is reduced to 156-litres. The SUV also gets ‘Leg Swipe’ boot opening system, which opens the tailgate by waving a foot below the rear bumper.