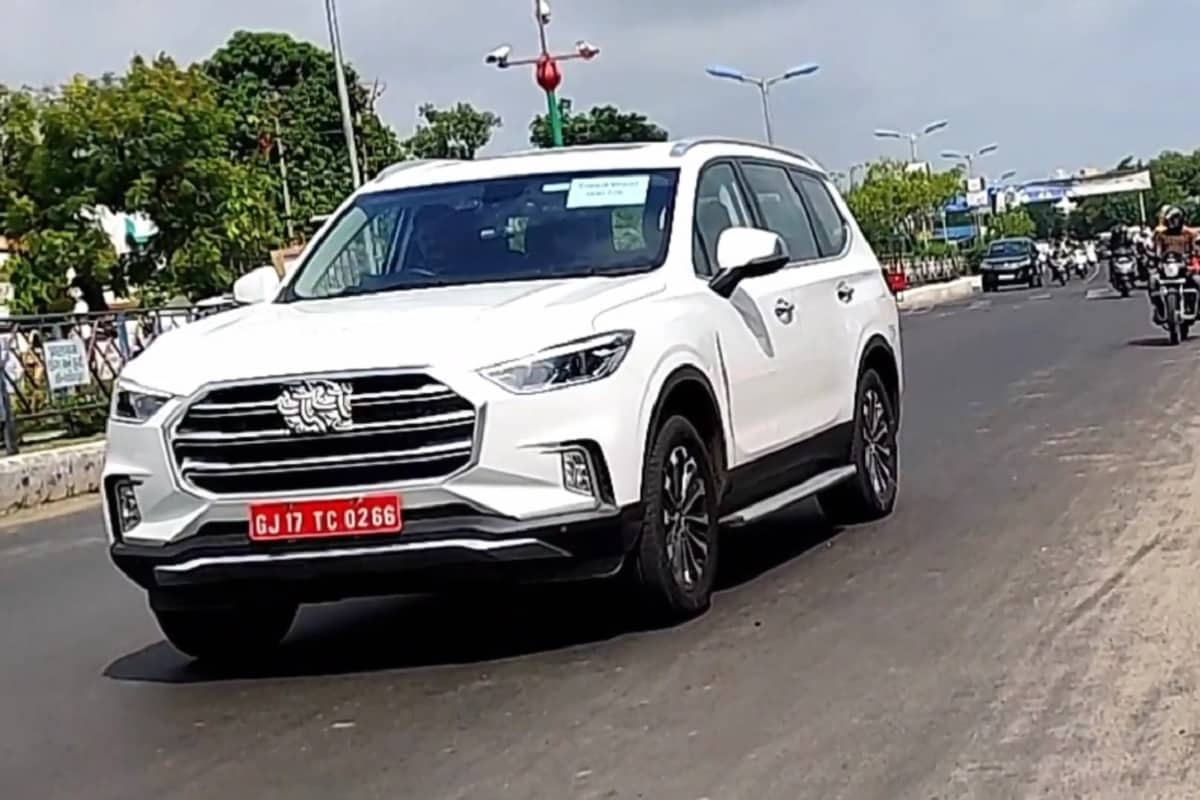 MG Motors is all set to the launch the Hector Plus 6/7-seater SUV early next month. The carmaker has also confirmed that it will bring in the MG Gloster premium 7-seater SUV during 2020 festive season. It will be the most expensive SUV from the British carmaker in the country.

Estimated to cost between Rs 28 lakh – Rs 35 lakh, the Gloster will challenge the cars like Toyota Forunter and Ford Endeavour. Just so you know, the new 7-seater MG SUV made its public debut at this year’s Auto Expo in February.

Recently, the MG Gloster (uncamouflaged) was caught on camera during its test rounds. It’s the first time the model has been spotted running on the Indian roads. Based on the ladder frame, MG’s new 7-seater SUV will be bigger than its direct rivals – Fortuner and Endeavour. Its overall length, width and height stand at 5005mm, 1932mm and 1875mm respectively. With massive body built and muscular stance, the SUV will offer a commanding road presence. Read – MG Hector Plus Vs Innova Crysta

Some of its key design bits include a black octagonal grille with a signature badge in the centre, dual-tone front bumper with red insters, adaptive LED headlamps, larger dual-tone alloys, blacked out B and C pillars, black roof rails and black ORVMs. The SUV will be offered with different wheel sizes ranging from 17 to 21-inch. The Gloster will be loaded with several advanced comfort goodies and safety features.

At the heart of the MG Gloster will be a new 2.0L turbocharged diesel engine paired to a 6-speed torque convertor automatic gearbox. The oil burner makes a top power of 218bhp against 480Nm of torque. The SUV model lineup will also come with a 2.0L turbo petrol motor delivering 224bhp and 360Nm of torque. It will have 4WD (four-wheel-drive) system with a low range transfer case. The SUV will offer 7 driving modes, namely, Economy, Automatic, Mud, Snow, Motion, Rock and Sandy.