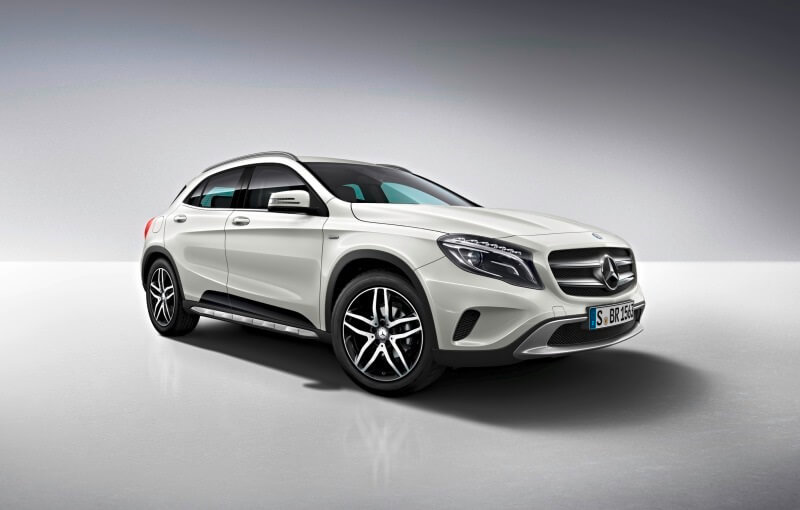 Mercedes, the German luxury carmaker has launched the GLA 220d 4Matic all-wheel-drive variant in the Indian car market. Available with a special ‘Activity Edition’, the Mercedes GLA 220d 4Matic is priced at Rs 38.51 lakh (Ex-showroom, Pune). As a reminder, the standard 2 Wheel-drive GLA petrol and diesel along with the high-performance GLA 45 AMG was launched in 2014. Also Read- Mercedes SLC 43 India Price, Pictures & Other Details

The new Mercedes GLA 220d 4Matic is powered by the same 2.1-litre diesel engine that also powers the standard model. However, the engine has been tuned to offer more power and torque. This engine’s power has been increased by 34bhp to 170bhp while the torque figure is now bumped up by 50Nm to 350Nm. Power is transmitted to all-4 wheels via a 7-speed automatic transmission. The SUV accelerates to 100kmph from zero in just 7.7 seconds. There are subtle changes to keep things fresh in the market. The SUV gets dual-tone alloy wheels and chrome treatment on door-side body cladding. 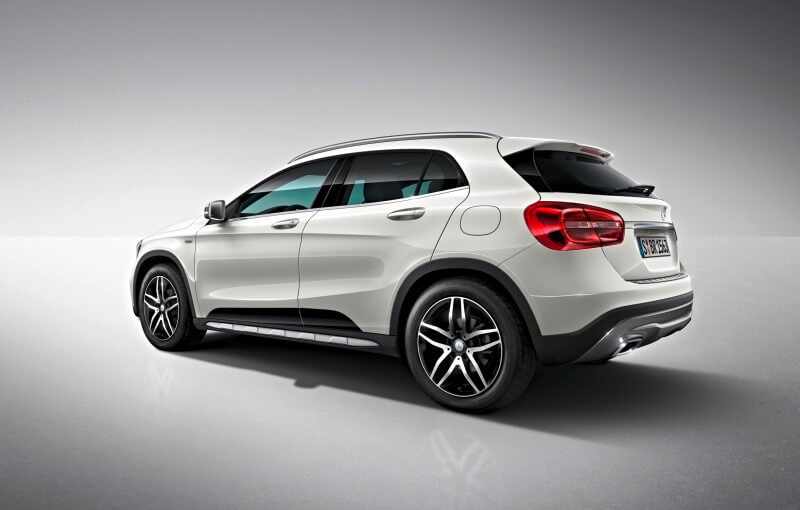 Commenting on the new Activity Edition, Mercedes-Benz India Managing Director and CEO, Roland Folger said, “Mercedes-Benz’s SUV portfolio witnessed a strong demand since its introduction and grew over 100% in the last couple of years. The GLA was a key addition to our SUV portfolio as it not only generated volumes for us, but also opened the SUV segment to a much younger customer base.”

The SUV gets standard off-road package that is offered in the regular GLA models. Adding to it, the SUV has a dynamic off-road mode option along with 3 driving modes – Comfort, Sport and Eco. Inside the cabin, the SUV gets a larger 8.0-inch touchscreen infotainment system with Apple CarPlay.

Feature list include a push-button start, new 12V socket in the boot and a power open-close function for the tail-gate. The vehicle gets new rear seats with reclining function that adds about 60-litres to its boot space. The GLA 4Matic will rival the BMW X1 xDrive and the Audi Q3 Quattro.