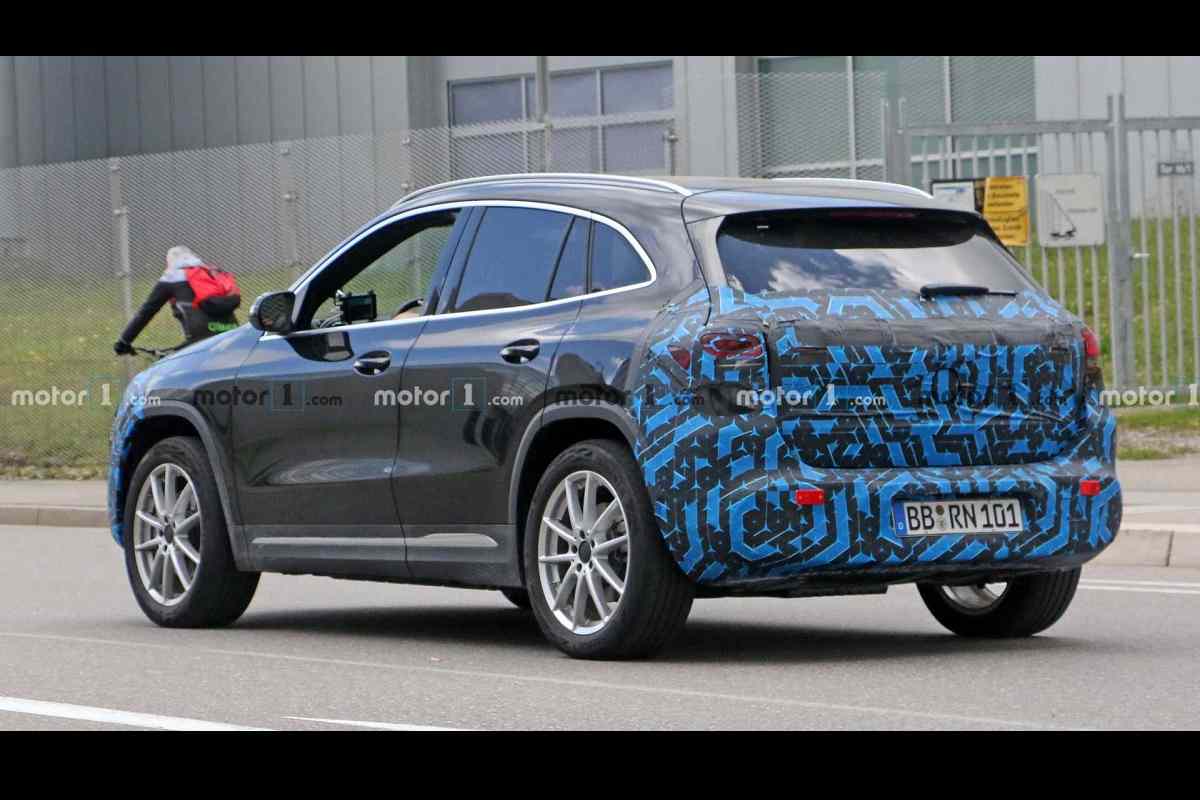 The upcoming Mercedes-Benz EQA is basically the pure electric version of the GLA Crossover.

Mercedes-Benz is currently selling the Mercedes EQC as its fully electric SUV all over the world. The SUV will also make its way to our market before the end of this year. The German automaker is also readying a more affordable global electric vehicle, called the Mercedes EQA. The electric SUV is scheduled to be unveiled later this year.

A near-production prototype of the Mercedes EQA wearing less camouflage has been spotted testing. The spotted vehicle only had a thin cover at the front and rear, while the side profile was completely exposed. The new spy images confirm that the Mercedes-Benz EQA will be an electric version of the second-generation GLA. The company will make changes to the front and rear design to make it look more in-line with the “EQ” family.

The company has already released multiple teaser images of the electric crossover; however, specifications remain under covers. Mercedes had showcased the EQA concept in 2017, which was fitted with dual electric motors offering 268bhp and a torque of 499Nm. The concept was the three-door hatchback, while the production model is a re-designed GLA SUV. The concept had an electric range of 400km (249-mile range); however, the Mercedes EQA is expected to offer improved electric range closer to 500km.

The EQA will be Mercedes-Benz’s entry-level electric model. The company will also introduce the EQB electric SUV, which will be based on the GLB. The new model is scheduled to be launched in 2021 and is likely to offer an electric range of 500km. Mercedes has also confirmed to launch the electric G-Class SUV, but the exact release timeline is yet to be announced. The S-Class full-sized luxury sedan based electric – EQS is also under the development.