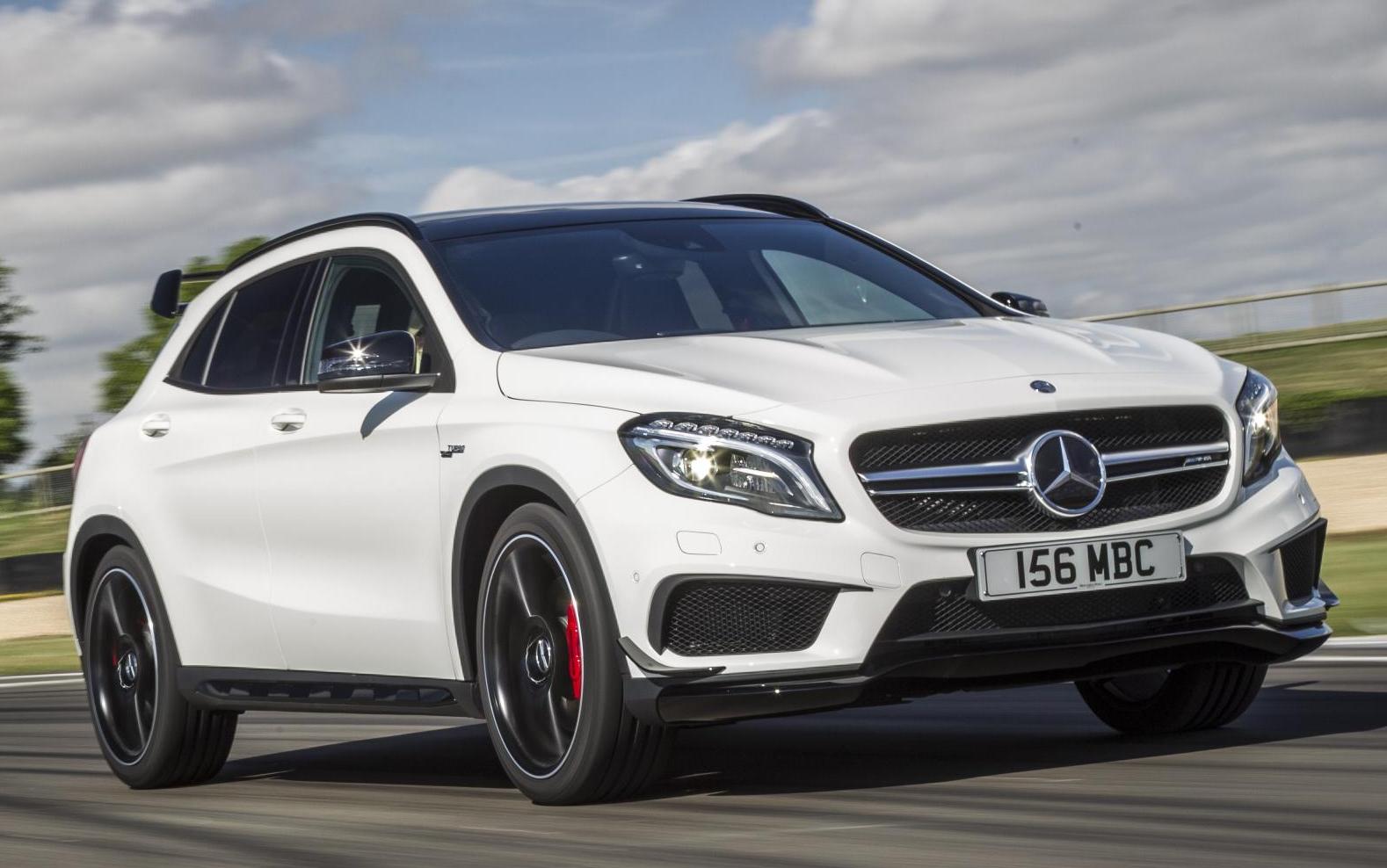 Mercedes-Benz India will launch the highly rated GLA crossover in the Indian car market on September 30. If media reports are to be believed, Mercedes will also launch the GLA 45 AMG performance variant alongside the standard GLA crossover. Based on the front-wheel drive MFA platform, the GLA crossover is expected to become the company’s top selling product in the Indian car market. The GLA 45 AMG version, which arrived in India for homologation purpose, would target the enthusiasts.

Under the hood, the Mercedes-Benz GLA 45 AMG gets the same 2.0-litre turbocharged petrol engine that also powers the CLA 45 AMG. This engine is claimed to be world’s most powerful 4-pot motor in series production. It is capable of producing a top power output of 355bhp and a peak torque of 450Nm. The engine is paired to an AMG SPEEDSHIFT DCT 7-speed unit which transmits power to all the four wheels via a MFA-spec 4MATIC all-wheel drive system. It takes 4.8 seconds to reach 0-100kmph before hitting an electronically limited top speed of 250kmph.

The standard GLA crossover will get both petrol and diesel fuel options. The petrol version would get the 1.6-litre 4-cylinder, turbocharged, direct injection engine, which is capable of producing a top power output of 156PS and 250Nm of top torque. The oil burner is the new 2.1-litre turbocharged motor that develops 136PS and 300Nm of torque.