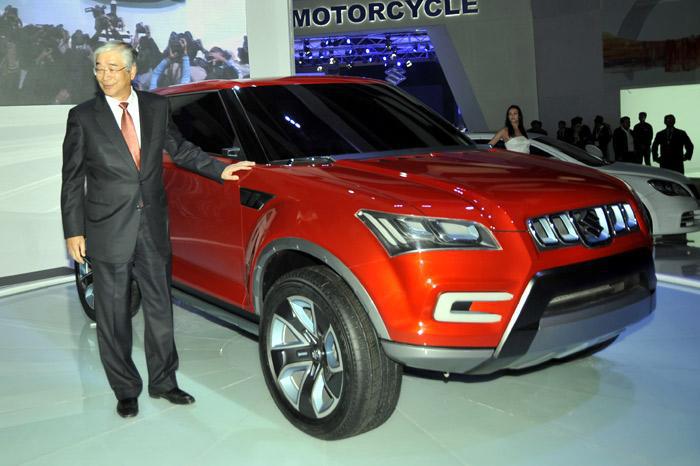 Maruti Suzuki India, the country’s largest auto manufacturer, has given an indication that it is planning to wheel out the XA Alpha compact SUV in the next 12 months. IF an ET report is to be believed, the company is eyeing to launch 3 products by the next year which include mid-sized sedan Ciaz and an LCV apart from the aforementioned compact SUV.

The XA Alpha compact SUV is awaited quite keenly in the country as it was displayed at the 2012 Indian Auto Expo and is due for launch for such a long period of time. Maruti, in an awe to enhance its market share in India, is on a vehicle launching spree, and also foraying in the LCV domain for the very first time. Currently, it holds 42% of the total market share in passenger vehicle segment in the Indian auto industry as it sold 2,41,812 units of passenger cars and utility vehicles out of the total sold 5,73,038 units, which accounts for the 42 % share.

Maruti Suzuki India Vice-President Rahul Bharti said that company would keep in mind the need for its car customers to be offered the ideal showroom experience. Also, the company Chief Financial Officer Ajay Seth further went on to say that,” on products such as the compact SUV the rate of royalty payment would be less.”

Maruti XA Alpha will directly compete against the likes of Ford EcoSport and upcoming Volkswagen Taigun. The vehicle is likely to be powered by the Fiat sourced 1.3-lire multi-jet diesel engine that also powers the Swift and Swift Dzire. MSI is also planning to launch Swift and Swift Dzire facelift, Alto K10 AMT, SX4 S-Cross crossover and Celerio diesel.