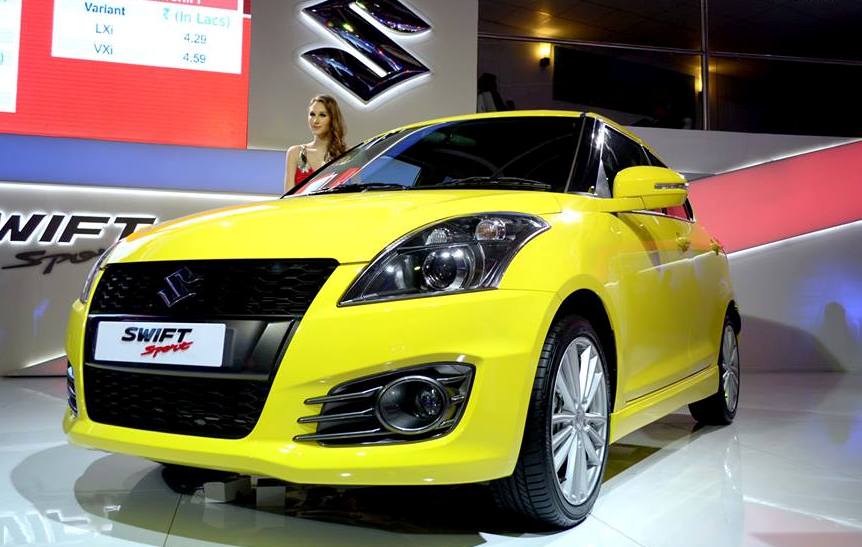 Maruti Suzuki India is planning to launch 6 new cars in the country in 2015-16. According to media reports, India’s largest car manufacturer will launch a series of new cars in the price bracket of Rs. 6-14 lakh. After leading the budget friendly car segment, MSI is now trying to conquer the premium car segment.

The company will launch the Ciaz mid-sized sedan this year which will replace the ageing SX4 sedan. Early next year, the S-Cross SX4 will come to rival Renault Duster and Mahindra XUV500. A compact SUV based on XA-Alpha concept might also come by 2015 end. We believe that the company might also introduce the Swift Sport and YRA premium hatchback in the Indian car market.

We reported earlier that MSI is working on a premium hatchback, codenamed YRA, which is likely to go on sale in the second half of 2015. The YRA will be marketed as a ‘Premium hatchback’ and will sit above the Swift hatchback.  The company is also working on a new 1.0-litre turbocharged petrol engine, Codenamed as K10C, which is said to develop a maximum power output of 90bhp, which is better than most of the naturally aspirated 1.2-litre engine.

Maruti Suzuki India might also bring the performance oriented Swift Sport in the country. Unveiled at the 2014 Indian Auto Expo, the hot hatchback will compete against the likes of Volkswagen Polo GT TSI and upcoming Hyundai i20. The Suzuki Swift Sport is powered by a 1.6-litre, 4-cylinder engine that produces 100PS and 160Nm of peak torque. It catches a top speed of 193kmph and accelerates to 100kmph from rest in just 8.7 seconds, which is quite impressive. This model is claimed to return an impressive mileage of 15.6kmpl in EU cycle.