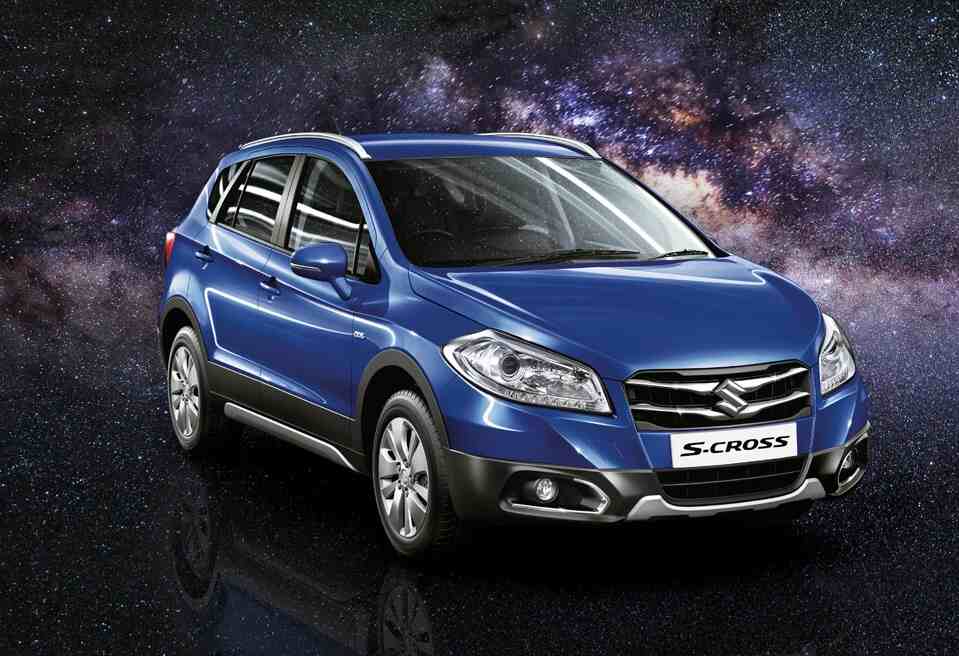 Post GST, the Maruti Suzuki S-Cross is available within the range of Rs 7.94 lakh to Rs 11.66 lakh (ex-showroom, Pan India).

The adoption of Goods and Services Tax has come in as good news for carmakers with prices of all the vehicles (except hybrids) going down. Revised prices for the Maruti Suzuki India range reveal that its SUV, S-Cross has received price reduction of up to Rs 37,000. The 1.3-litre, S-Cross is now cheaper by up to Rs 8000, priced between Rs 7.94 lakh to Rs 10.55 lakh. While the 1.6-litre version now costs Rs 37,000 less priced at Rs 11.66 lakh (ex-showroom, Pan India). As the SUV gets cheaper by a substantial margin, the sales are expected to improve in the coming months.

Besides, the company is thinking to bring in a facelift version of the model that is currently being retailed in several overseas markets. Launched in 2015, the vehicle failed to gain traction, courtesy its small stance. Currently, the SUV is available only with the diesel fuel option, deriving power from the 1.3-litre and 1.6-litre diesels with a peak power output of 89.7bhp against 200Nm and 119.6bhp with 320Nm. Furthermore, the fuel economy claimed by the 1.3-litre oil burner is 23.65kmpl, whereas the 1.6-litre unit is rated at 22.7kmpl by ARAI.

The India-bound S-Cross has already been introduced in the Japanese market sporting minor cosmetic upgrades and is likely to be launched in India during the festive season. Read About –  2017 Swift | Brezza Petrol

The Japanese-spec model is priced between 20,62,800 Yen (approx. Rs 12.6 lakh). While in India, the compact SUV has witnessed price slash and is available between Rs 7.94 lakh to Rs 11.66 lakh. Previously, the model was priced at Rs 8.07 lakh and the top-spec version was available for Rs 12.03 lakh. As for the facelift, we expect the SUV to be priced in the range of Rs 8.5 lakh – Rs 12 lakh (ex-showroom). While it the model is launched in petrol version, it If could be priced between Rs 7 lakh – Rs 10 lakh. Read: Maruti Suzuki S-Cross Vs Renault Duster Vs Hyundai Creta

The Maruti S Cross is based on the European SX4 S-Cross, and features large headlamps with integrated daytime running LEDs, a twin-slat chrome grille that accommodates Suzuki logo at the centre, silver skid plate and wide airdam. The crossover also gets a black plastic cladding across the base, and roof rails that add more to its sporty character. Towards the rear, the car sports a newly-designed sharper tail-lamps enclosure and black silver cladding running across the length of the bumper. The vehicle has a ground clearance of 180mm that makes it more capable for the rough Indian roads. Based on the European SX4 S-Cross, the Maruti S Cross looks quite sporty and premium.

The Maruti S-Cross borrows most of its interior design elements and equipment with the Swift. The vehicle gets brushed aluminum inserts and faux carbon fibre finish on layered dashboard and premium leather upholstery. The crossover is quite spacious from inside, and is claimed to offer class-leading rear seat headroom. As far as features are concerned, the car comes equipped with a 7-inch touchscreen infotainment system with CD, USB, AUX and Bluetooth connectivity and navigation, smartphone app, an automatic climate control, reverse parking sensor with display, electrically retracting rearview mirrors and several comfort and connectivity features.

Based on the 1.3L Delta variant, the Maruti S-Cross Premia Edition, additionally, gets four major accessories – a Garmin 5-inch navigation system, reverse parking assist with a camera, fog lamps and alloy wheels. While, the regular Delta trim is equipped with standard audio system with a CD player and a remote and steel wheels with full wheel caps.

The premium crossover is available with two diesel engine options – a 1.3-litre MJD and a 1.6-litre MJD. The 1.3-litre DDiS diesel unit is the same powertrain that also powers the Ciaz and the Vitara Brezza. This engine is capable of producing 89bhp of power and 200Nm of torque. On the other hand, the 1.6L MJD unit is good for 118bhp of power and 320Nm of torque. While the smaller capacity motor engine is paired to a 5-speed manual gearbox, the 1.6L unit is coupled to a six-speed gearbox driving the power to front wheels.

Maruti Suzuki is also planning to launch the updated S-Cross crossover, which will also get a petrol option. The petrol version is likely to get a 1.5-litre M15A engine that will also power the 2017 Maruti Ciaz. This engine is capable of producing 107.24bhp of power and 138Nm of torque. A five-speed manual gearbox will be offered as standard while a six-speed automatic will come as an optional.

Since it’s just a special edition, no mechanical changes have been made to the vehicle. The Maruti S Cross Limited Edition is available with both the engines – a 89bhp, 1.3-litre Multijet diesel and a 118bhp, 1.6-litre DDiS 320 diesel – that are paired to a 5-speed manual and a 6-speed manual transmission respectively.