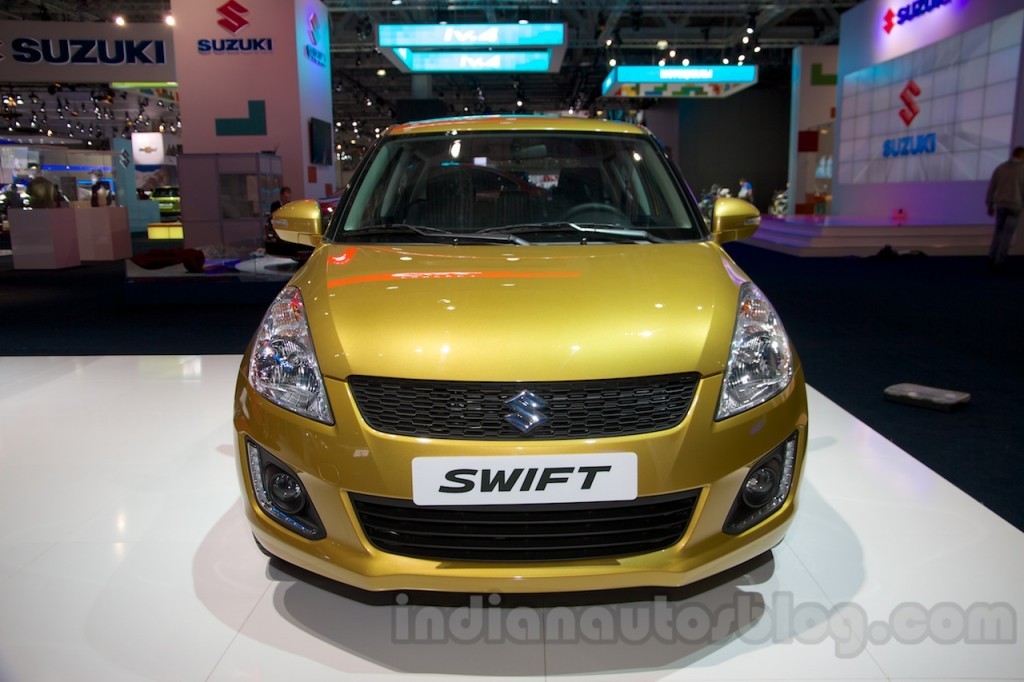 Maruti Swift facelift makes its way at the 2014 Moscow Motor Show which has kicked off from today for the media and journalists. This advanced and up-market version of the Swift is already being sold in several international arenas. There have been endless rumours regarding its India launch but nothing concrete has been officially stated by Maruti Suzuki. The Swift facelift flaunts LED daytime running lights on its foglight enclosure along with a design highlight which is a reminiscent of the older Hyundai i20. It also has silver detailings on the front bumper’s lower part, a new shade cited as ‘Boost Blue’, and new wheels caps for the steel wheels at the outside. Inside the cabin, it gets new seat fabrics, power folding wing mirrors, an auto-up function for the driver side power window and automatic headlights. In Russia, the hatch comes with two versions – 3-door and 5-door. However, it will to come to India in its conventional 5-door avatar. Mechanically, It is expected to retain the same engine options – 1.3L MJD engine & 1.2L K-Series petrol engine. The K-Series petrol engine churns out 87bhp of top power and 114Nm of peak torque while the diesel motor dishes out a maximum power output of 75bhp and peak torque performance of 190nm. Both the engines would be mated to a 5-speed manual transmission. In Russia, Maruti also offers a top-end variant with 4WD system to endure the snowy conditions, but in India, it is not expected. Also, there comes a 4-speed automatic transmission in the overseas markets but Indian market is very unlikely to get it. It is expected to be launched in the same price domain, albeit a few thousands can move up or down. It would be launched by the 2014 end in India and lock horn with the likes of Hyundai Elite i20, 2014 Volkswagen Polo, Fiat Punto EVO and upcoming Tata Bolt.