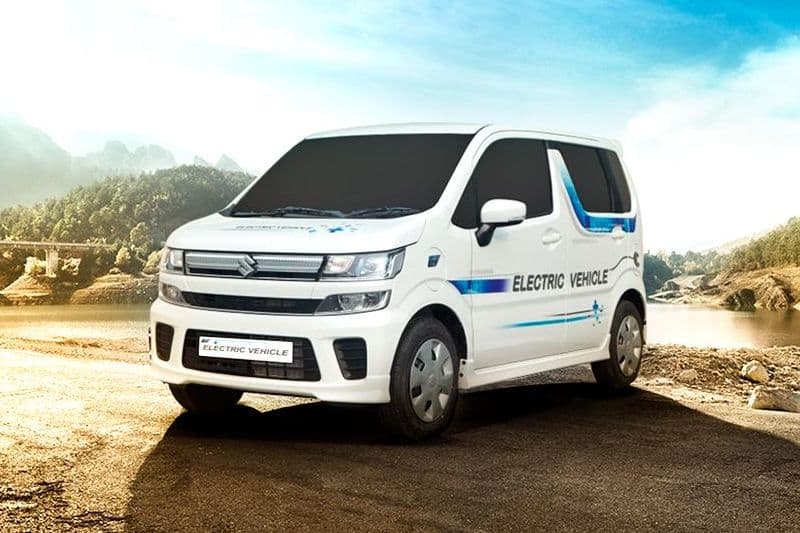 Maruti Suzuki has confirmed that the company’s first electric vehicle will hit showrooms in 2020. The carmaker is currently testing 50 units of EVs across the country in different terrains. The first EV from the Indo-Japanese carmaker will be the WagonR hatchback that has been spotted testing multiple times.

Reports suggest that the Maruti WagonR electric will deliver a range of around 130km. The existing electric models such as Mahindra Electric e-Verito and Tata Tigor provide an ARAI-certified range of 140km and 142km respectively. The WagonR EV will support standard AC charging and DC fast charging. The hatchback’s battery will take 7 hours to get fully charged via AC charger and 1 hours (up to 80%) via fast charger.

The Maruti WagonR EV is reported to be priced below Rs 7 lakh including the subsidies offered on all electric and hybrid vehicles under the FAME (Faster Adoption and Manufacturing of Hybrid and Electric) vehicles scheme. If launched at this price point, it will be one of the most affordable electric vehicles in the country. Read – Maruti WagonR 7-Seater To Be Sold Via Nexa

Styling of the Maruti WagonR EV could be slightly different than the standard petrol-powered model. It will come with a touchscreen infotainment system with updated user interface and smartphone connectivity (Android Auto and Apple CarPlay).

The Indo-Japanese carmaker will soon start setting up its charging stations across its service facilities in the country. In its first phase, the company is likely to spend around Rs 3.5 for each outlet especially in tier-1 cities.