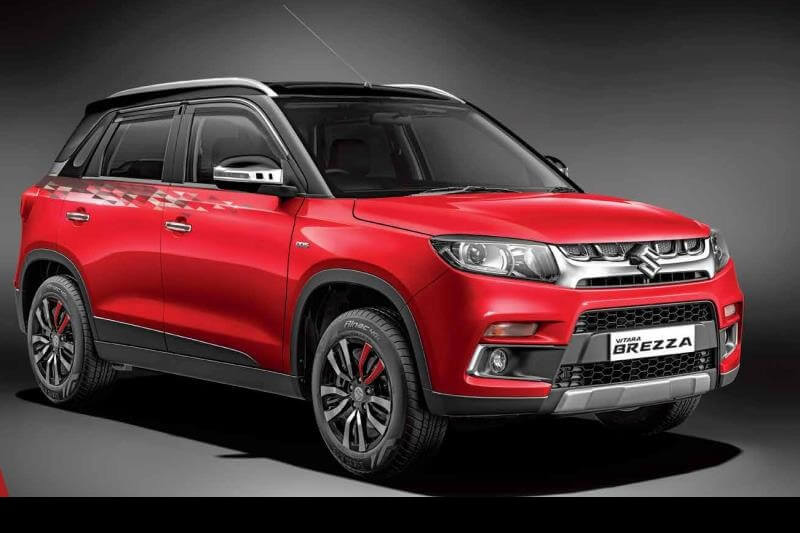 With a strong demand of Vitara Brezza and Ertiga MPV, Maruti Suzuki has become India’s largest utility vehicle maker for the first quarter of FY18.

Maruti Suzuki has been dominating the passenger vehicle segment ever since the launch of 800 hatchback. Currently, the Indo-Japanese carmaker owns over 50% of the total market share. Now, the company has also conquered a new territory – Utility Vehicle (UV) with its competent product lineup. With a strong demand of Vitara Brezza and Ertiga MPV, Maruti Suzuki has become India’s largest utility vehicle maker for the first quarter of FY18.

Accounting a growth of 45%, the company has registered a total sales of 57,125 utility vehicles in Q1 FY17 as opposed to 39,348 units sales of the Q1 FY17. The Maurti Suzuki Vitara Brezza, Ertiga and S-Cross crossover are the major UV sales contributors.

In the first quarter of FY18, the Indo-Japanese carmaker has recorded 7.7% growth in the B-segment. During April-June 2017, Maruti Suzuki’s market share in the B-segment stood at 29.3% against 21.5% in the same months previous year.

Launched in March 2016, the Maruti Suzuki Vitara Brezza is one among the top-selling cars in the Indo-Japanese carmaker’s product lineup. The compact SUV crossed one lakh cumulative sales milestone within 12 months of its launch. Maruti Suzuki has sold over 1.45 lakh units of the Brezza so far. Appreciated for its sporty styling, loaded cabin and efficient engine, the Vitara Brezza won the prestigious 2017 ‘Indian Car of the Year Award’ (ICOTY).

In May 2017, the compact SUV recorded its highest ever sales of over 12,375 units. The new taxation system (GST) is likely to further improve these figures. The sales report of June 2017 are yet to be revealed.

On the other hand, the Maruti Ertiga MPV registered sales over 3.42 lakh units ever since its launch in 2012. In the first quarter of this fiscal year, the total sales of the MPV stand at over 18,700 units. The Ertiga was the first MPV to receive the mild-hybrid diesel technology (SHVS). Now, the Indo-Japanese carmaker is working on the new-generation Ertiga that could make its way to the Auto Expo 2018.