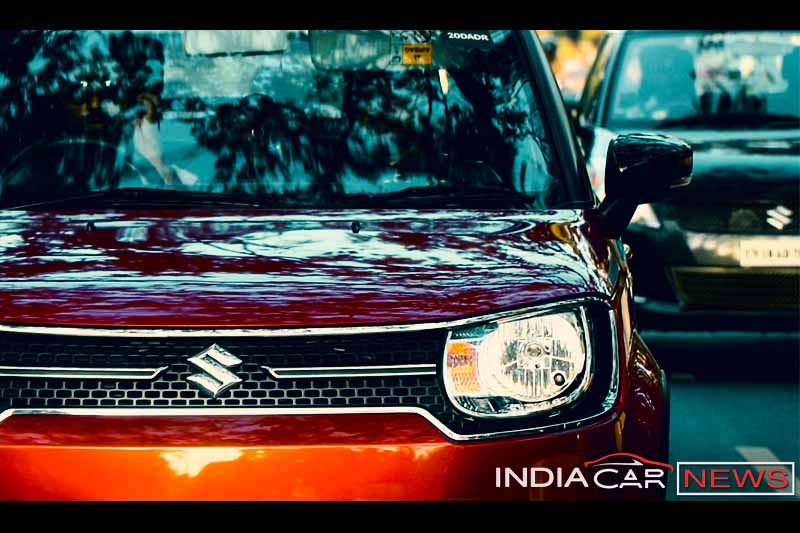 Overall, it’s a brilliant city car with decent highway capabilities. If I need to chose among all the available versions of the Ignis, my pick would be the petrol manual.

‘Millennials’ or the ‘Y generation’ are the people who are born in late 80 s and 90s. It’s the generation that lives its life unconventionally. They are choosy, style-conscious, experimental and tech-savvy.

But why am I telling all this? Well, the reason is Maruti Suzuki Ignis – a car that has been made keeping requirements of this very generation in mind. But does it have what it takes to appeal the ‘Millennials’, let’s find out.

Since the Ignis is an unconventional car, its media drive too was planned in a unique way. For the first time, I was part of a media drive that began in the night. Though a short duration drive, it was organised to convey a message that the millennials enjoy the night drives and the Ignis can be a great companion for that.

Let’s begin with the thing that the young generation is very specific about – looks. If a car doesn’t look striking, chances of it becoming popular among younsters will be really low. And in this department, the Ignis may appeal at least half of them. The reason I say ‘half’ is because of the fact that there are polarised views on its design among people – either they are absolutely loving it or not liking it at all. Keeping the personal bias aside, I must admit that the Ignis surely has a dramatic design with a good mix of retro + contemporary elements. 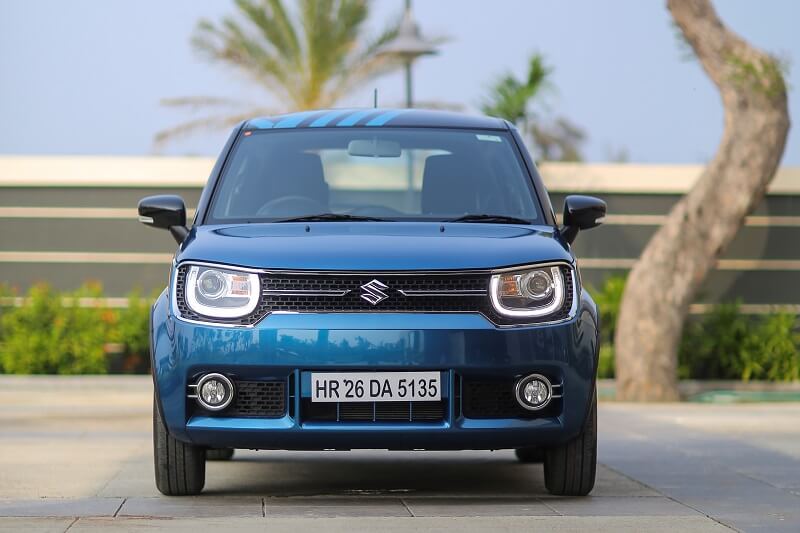 Of all the angles, the Ignis looks the best from the front fascia – all thanks to the square shaped LED projector headlamps, L-shaped daytime running lights, broad grille with lots of chrome elements and round shaped fog lamps with chrome surrounds.

The car’s rear profile is plain and simple, and doesn’t match the sportiness and uniqueness of the front. The tail-lamps feel outdated and the rear-windshield area looks small. There’s a good amount of metal area at the back, and it’s because of that the company probably had to add the huge black plastic strip above the bumper. 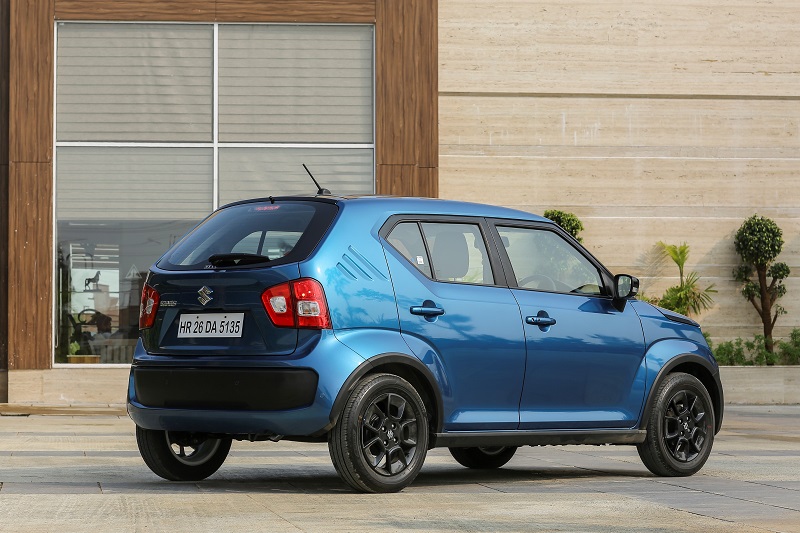 The side profile too may not be of everyone’s liking, but it’s decent – thanks to the 15-inch black alloy wheels, chunky wheel arches surrounded by black plastic cladding, body coloured outside rear-view mirrors and blackened pillars. 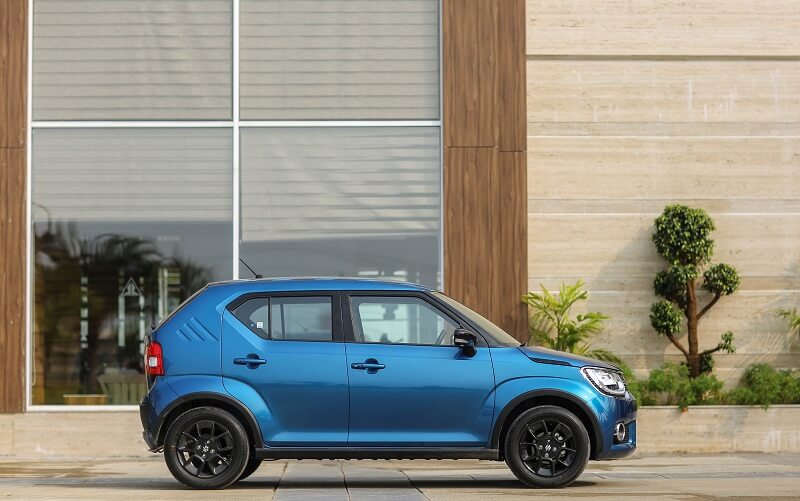 While the 3/4th area of the side profile is unmistakable, it’s the last quarter of the side that looks slightly awkward as there’s sudden slope from the roof. Though the company has added three lines to that area to add a bit of sportiness to it. Also because of its length (3700mm) and good height (1595mm), the side profile looks a bit squeezed and compact. Having said that, the idea of the car was to make it look a bit old school with some modern touches.

Before I start telling you about different interior elements of the Ignis, let me admit it – its cabin is one of finest ones among existing Maruti Suzuki lineup. The dual-tone shade of the dashboard looks appealing, and its plastic material feels top-notch. Though the plastic material on the door panels could have been better. The things that I absolutely love about its cabin include the infotainment system that comes with a tab-like touchscreen and the automatic climate control with retro-styled toggle buttons. Though the lower variants get conventional AC unit and audio system with no touchscreen.

The car’s driver and front passenger seats are very comfortable with good quality fabric used for them. The shape of these seats is adequate for people of all sizes, it holds you well and has good cushion effect. The thigh support too is enough. Like most modern cars, the Ignis’ driver seat too comes with height adjustable feature. 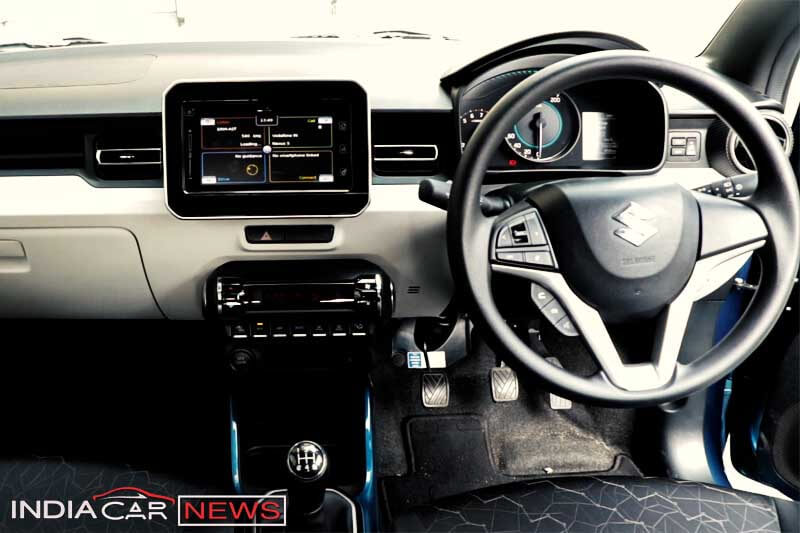 The rear seat is flat and you sit upright due to its straight angled-back with not too-much cushion. While many people may prefer a slightly softer seat, it’s advised to sit in an upright position with minimal cushion – this is something I loved about its rear seat. Also, it’s neither too tough and nor too soft. Despite the compact size, the Ignis offers impressive leg room, knee room and shoulder support even for people with longer height. Though the thigh support could have been slightly better. Even with compact dimensions, the Ignis is comfortable for three adults of medium body built. Though if one of them is fat, the other two will have to adjust.

Coming to the practicality aspect of the Ignis, you get big bottle holders in front doors, small bottle holders in rear doors, a couple of medium-sized cubby-holes, and two cup holders at the front. The glove-box, however, isn’t too big. So overall, it’s a decent cabin with several places to keep your stuff.

I first got behind the wheels of the petrol manual version, and it instantly impressed me. The car feels silent at idle, which is the result of its brilliantly refined engine. Though the Ignis has the same engine and the platform as the Baleno, I found it faster probably due to its lighter weight. You have enough power from the word go, till about 4500rpm. Though it can go beyond that, but it gets vocal post that.The mid range is extremely good, and overtaking is fun with this car. The drivability at the low RPMs is probably better than most hatchback-based crossover on sale in the country including the Elite i20 Active. The gearbox is butter smooth, and the clutch and break pedals are light too, which make it a great city commuter.

The petrol version performs great on highways too, and it feels quicker than several B-segment hatchbacks. Though due to its increased height, you can feel the body roll and it gets bouncy at higher speeds. 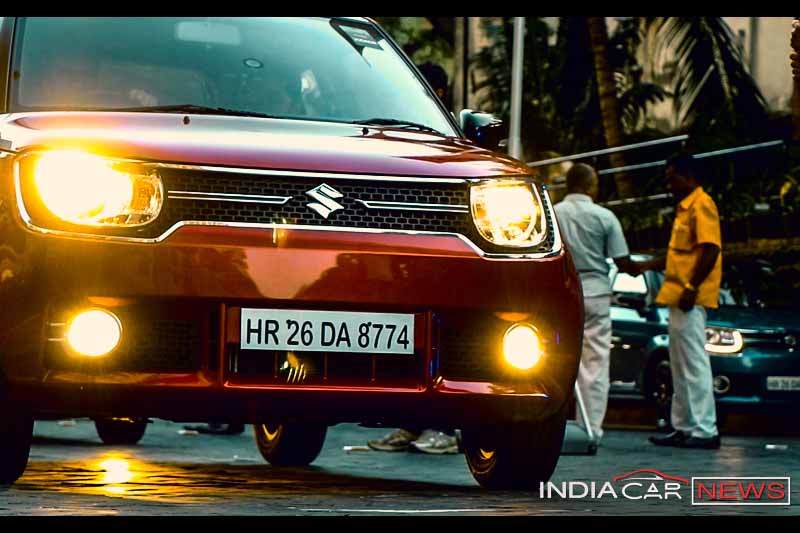 While the manual gearbox is absolutely fun, I genuinely enjoyed the autogear shift (AGS) as well. As per the company’s claim, the Ignis has the second generation AMT gearbox which helps it get better in terms of feedback. Though you can still feel the lag between the input and the response, it’s a lot better than most AMT and CVT-gearbox equipped hatchbacks in the market. So if you are looking for a small automatic petrol car for your daily commutes, the Ignis can be that car.

Now it was time to drive the diesel car, and I really had high hopes from it – all thanks to the standard set by the Ignis petrol. As soon as you start the engine, you’ll feel the same clatter that you hear in the Swift and the Baleno. Despite this engine’s apparent lag below 2000rpm, the company has tuned it well that it doesn’t feel bad. But as soon as you cross that mark, you’ll feel as the engine has got a new life. It feels peppy, and an impressive power-to-weight ratio make it a good vehicle to drive. This may not be as fast as some 1.5-litre engine powered hatches, but it’s not disappointing either. 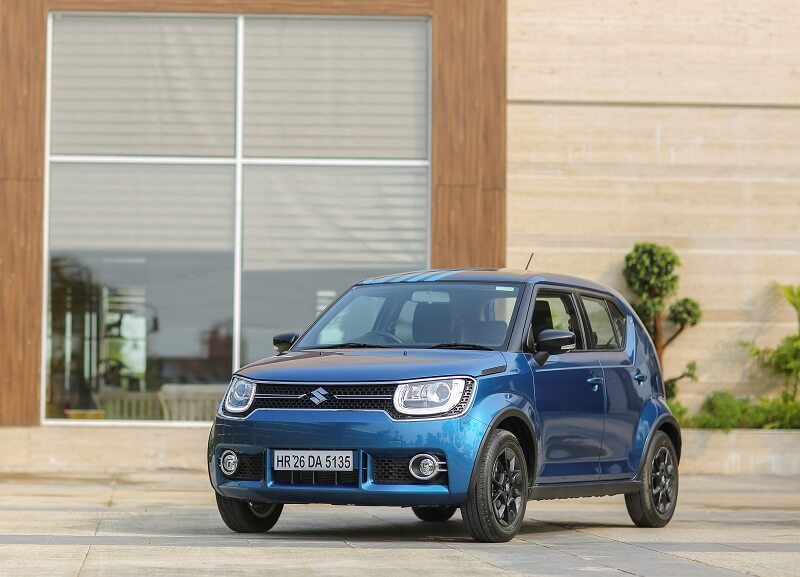 The diesel mill with the manual is the one I would prefer over the diesel AGS, as the latter feels slow. The AGS gearbox feels lazy with the diesel version, as it takes its own time to change gears. Also it gets quite noisy at higher RPMs and at times when you quickly need to slow down or accelerate.

As far as the suspension is concerned, the vehicle can absorb all sorts of regular rough patches and uneven roads with ease. Its impressive 180mm ground clearance further helps it in this. The vehicle’s rear suspension could have been better though, as the people sitting at the back felt more jerks than the ones sitting at the front. Having said that, I found Ignis’s capabilities to handle bad roads much better than the Baleno as the latter’s suspension setup is too city-focused. 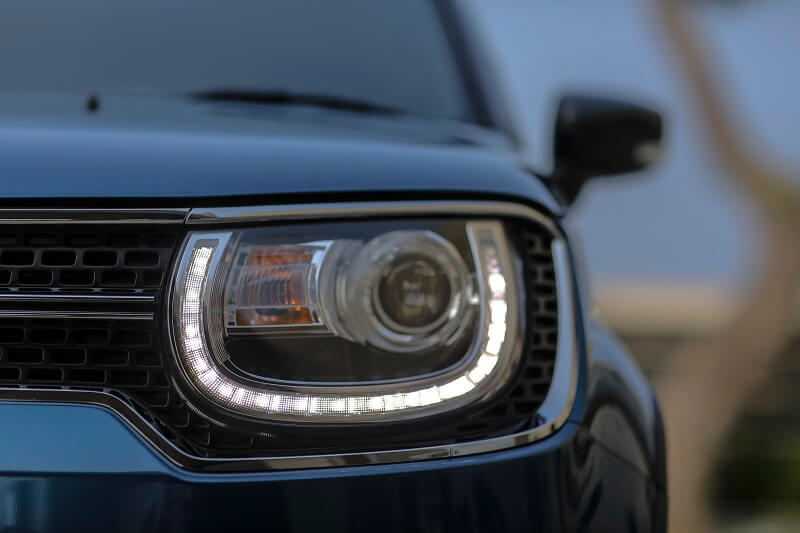 Overall, it’s a brilliant city car with decent highway capabilities. If I need to chose among all the available versions of the Ignis, my pick would be the petrol manual. The petrol AGS too can be a great option for people looking for an affordable automatic car for regular city drives. The Ignis has dual airbags, ABS+EBD, ISOFIX Child Seat as standard fitment, and you also get multiple new-age comfort & convenience features with it. All of it at a competitive price range of Rs 4.59 lakh – Rs 7.80 lakh (ex-showroom, Delhi) makes the Maruti Suzuki Ignis a great value-for-money product.