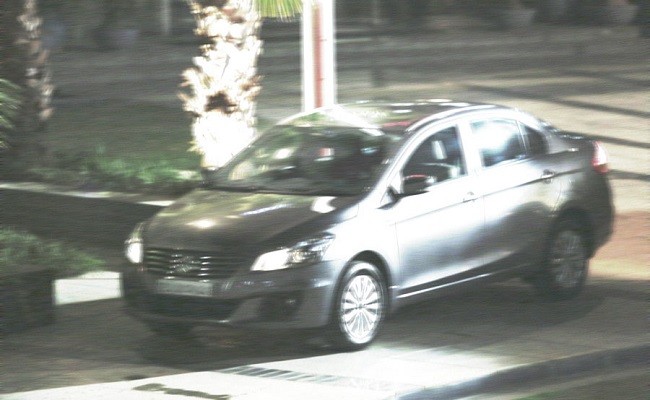 Maruti Suzuki India is gearing up to launch the much-anticipated Ciaz sedan in the country very soon. And before that, the company is busy in promoting the vehicle through a never-seen-before promotional campaign. The Indo-Japanese carmaker knows the importance of social media and the internet, so a web-centric campaign has been designed by the company. In its first phase, the company released the image of a cool cat driving the Ciaz around Delhi roads. And in no time, the #CoolCatsinTown became the talk of the town on Twitter and elsewhere.

Today, the second phase of the promotional activity has hit the web world. And the company has done it through NDTV, one of the most popular media websites. This time around the company has revealed the picture of the car which, however, isn’t very clear but the front-fascia of the sedan features chrome mesh grille that accommodate Suzuki Logo in the centre. And today, we might see the #CiazinTown trending on Twitter.

The mid-sized sedan has been spotted several times during its test rounds on Indian roads. The bookings for the car are likely to commence soon. It will be offered in both petrol and diesel guise. While the petrol version gets the 1.4-litre K Series engine, the oil burner is the tried & trusted 1.3-litre multi-jet motor. Both engines will be paired to manual gearbox while the petrol model will also get CVT gearbox. [Read More- Maruti Ciaz aka Alivio- First Look]