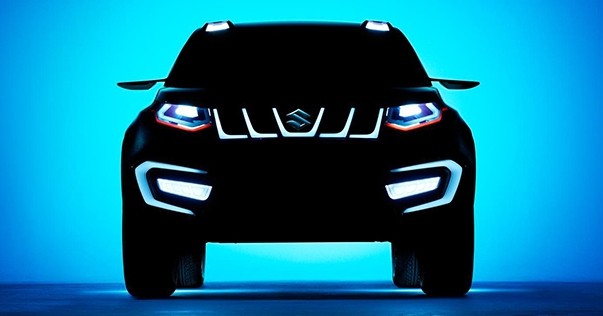 The world premiere of the iV-4 – a concept model heralding a compact SUV from Suzuki – will take place at the 65th IAA Frankfurt Motor Show, which will be held from 10 to 22 September 2013.

Suzuki’s introduction of the compact SUV concept iV-4 is an indication of the direction which will be taken with the future model to be added to the company’s renowned SUV line-up.

Developed with a theme – “Grab your field” – the concept model embodies the basic ruggedness of an SUV. The iV-4 is Suzuki’s new concept for a personal compact SUV.

While inheriting certain design features of the Suzuki SUVs, such as the clam-shell shaped bonnet and the front grille divided into five, its overall styling conveys a sense of modernity and innovativeness.

Detailed information will be disclosed at the Suzuki press conference, scheduled for 2:15pm, on 10 September 2013, in Hall 9.0, Stand B08. Other Suzuki models on display will be the Alto, Splash, Swift, Swift Sport, SX4, SX4 S-Cross, Jimny, Grand Vitara and Kizashi.