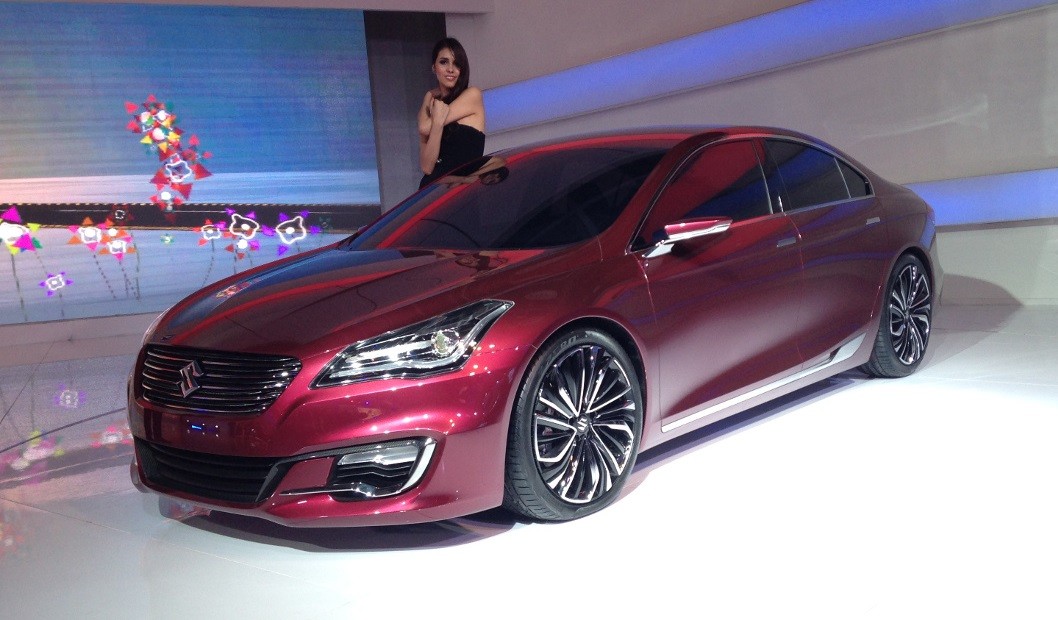 India’s largest car manufacturer, Maruti Suzuki, has recently unveiled the much anticipated Ciaz aka YL1 sedan at the 2014 Auto Expo. It will come as the SX4 replacement. It was speculated that Maruti will launch the sedan by September this year; however, a media report claimed that the company will launch the Ciaz in the market as early as July 2014.

Maruti Ciaz has been spotted several times during its test rounds on the Indian roads. This new C segment sedan shares its design cues with the Suzuki Authentics concept that was unveiled at the 2013 Shanghai Motor Show. Inside the cabin, the vehicle is expected to source its components from Ertiga MPV.  On exteriors, the sedan has aggressive fascia will a trapezoidal grille, wide air dam, swept back headlamps and lots of chrome inserts. The side profile gets prominent creases running along the length of the car. It is expected that the sedan will come equipped with several high end features including automatic climate control, new infotainment system, cooled glove box. On safety front, the sedan is likely to get anti-lock braking system (ABS) with electronic brakeforce distribution (EBD) and Brake Assist.

The petrol version of the new sedan is likely to carryover the same 1.6-litre engine; however, it is also expected that the company might add 1.4-litre engine that powers the Ertiga MPV.  The oil burner is expected to feature 1.3-litre Multi-jet engine. If media reports to believe, the sedan will get the 1.6-litre Multi-jet engine. Both engines will be coupled to a five speed manual transmission gearbox; the company will also introduce the AMT (automated manual transmission) version.