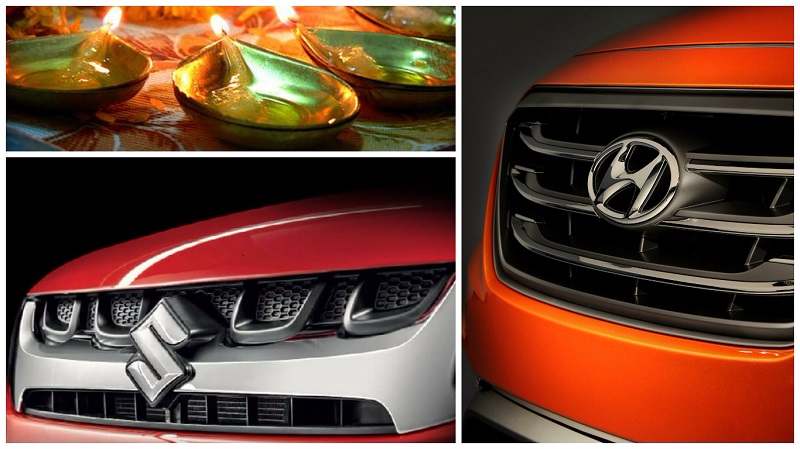 Thanks to the new launches and discounts, the carmakers have wooed good numbers of buyers during this festive season.

This Dhanteras, festive spirits are on full swings with car manufacturers enjoying huge sales across all segments. Thanks to the new launches and discounts, the carmakers have wooed good numbers of buyers during this festive season.

Maruti Suzuki, India’s largest passenger carmaker, has received major gains with an estimated 30,000 units sales on Dhanteras day. These figures are 20% more than the previous year’s sales on the same day. Products like Vitara Brezza and Baleno are major contributors in the total sales of the manufacturer. What further helped Maruti Suzuki achieve such high figures is their strong product strategy.

Maruti Suzuki Baleno has been one of the top-selling products in the Indo-Japanese carmaker lineup in India. Within one year of its arrival, the hatchback breached the one lakh domestic sales milestone. Besides this, the car has been performing well in the export markets too. The company exported 33,800 units of the Baleno to overseas markets including Europe and Japan.

On the other hand, the Maruti Vitara Brezza too has been generating volumes for the carmaker ever since its launch. This sub-compact SUV recently crossed the 50,000 sales milestone in the country. This shows the kind of popularity the Vitara Brezza has been enjoying here. In order to further increase sales of both the models, Maruti Suzuki is planning to bring in a performance-oriented version of the Baleno and an AMT model of the Vitara Brezza.

One must note here that the country’s second largest car manufacturer – Hyundai too has registered remarkable sales on Dhanteras.  The South Korean carmaker has delivered 15,153 units of the vehicles, which is 26% more than the last year. Commenting on the same, HMIL Senior Vice President Sales and Marketing,  Rakesh Srivastava said, “This Dhanteras, the customers have done heightened purchases with deliveries of 15,153 Hyundai cars, growth of 26 per cent over last year.” “We expect to have 50,000-plus deliveries for the full month, making this festival season as the best in the last couple of years”, he added further.