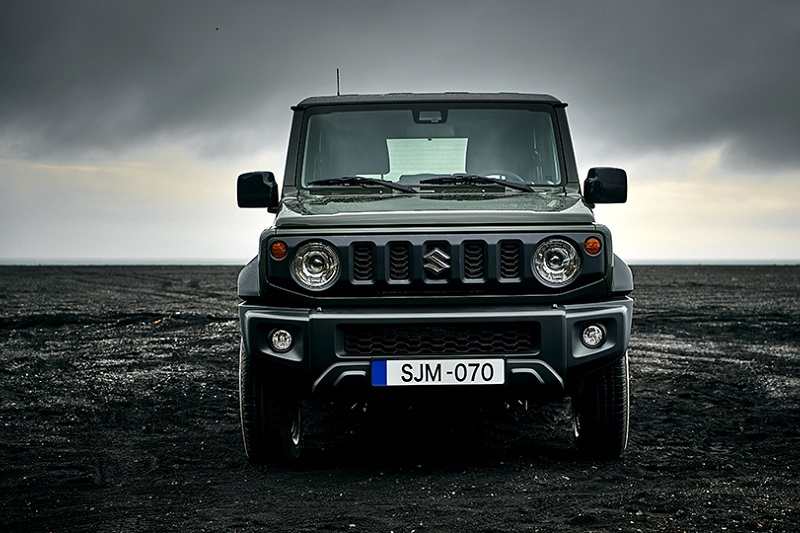 It is no secret that Mahindra is readying the next generation Thar lifestyle SUV for the Indian market. The new model will go on sale in the country in early 2020, while debut could take place at the next year’s Auto Expo in February. What comes as a surprise is the next-gen Maruti Gypsy, which is rumoured to arrive in our market in first half of 2020.

Various Japanese as well as Indian media reports that Maruti Suzuki is planning to bring the new Jimny SUV in India as the new Gypsy. The India-spec model design will be inspired by the Jimny Sierra. While the international-spec model is a 3-door mini SUV, the India-spec model will be a 5-door SUV. In fact, the wheelbase of the model is expected to be increased by up to 250mm to leverage more space inside the cabin. However, it will continue to be a sub-4 meter model.

The new-gen Maruti Gypsy will be produced at the Suzuki’s Gujarat based plant. Adding to it, the company could also export the new Jimny to the right-hand-drive markets. The international-spec model is available with 2 petrol engines – a 660cc, 3-cylinder turbocharged petrol and a 1.5-litre, 4-cylinder naturally aspirated petrol. It features a 4-speed automatic gearbox and all-wheel-drive layout. The India-spec model could receive the 1.5-litre K15B petrol engine that also powers the Ciaz and the Ertiga. The company could also opt for the BSVI compliant 1.2-litre petrol engine.

Talking about the other lifestyle SUV, the new Mahindra Thar will receive significant changes including new GEN3 platform, new engine and a factory-fitted Hardtop. Media reports claim that the new Thar could be offered with 2 seat layouts – 5 and 6. Adding to it, the SUV will also receive several modern day features including multi-functional steering wheel, new instrumentation, music system, a provision to add touchscreen infotainment system and others.

The new Mahindra Thar will be powered by a newly developed 2.0-litre turbocharged diesel engine, which is expected to produce around 140bhp of power and over 350Nm of torque. For transmission duties, the SUV will have a 6-speed manual gearbox with an optional 4WD (four-wheel-drive) system. If reports are to be believed, Mahindra is also readying the petrol version of the Thar.