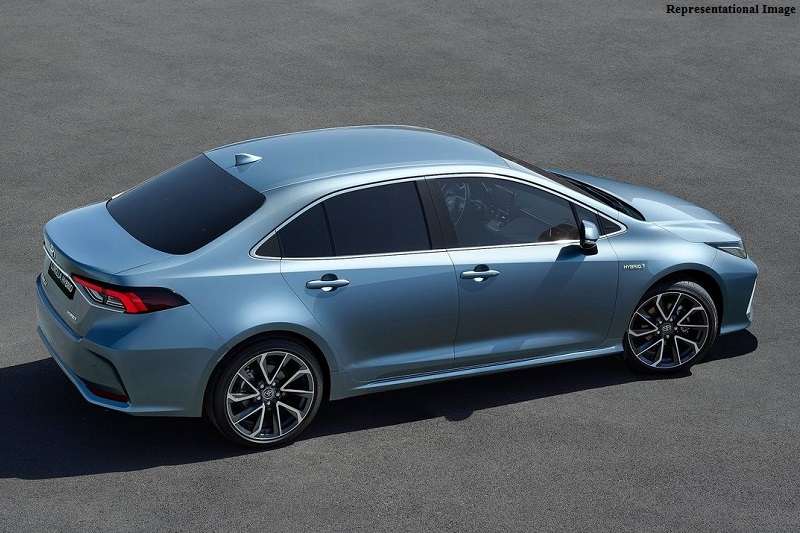 The re-badged Maruti Corolla will be the full hybrid vehicle from the Indo-Japanese carmaker in India.

In March 2018, Suzuki Motor Corporation and Toyota Motor Corporation concluded an agreement to mutually supply hybrid and other vehicles in the Indian market. Toyota will provide the Corolla Altis sedan to Suzuki, while the latter will supply its popular Baleno hatchback and Vitara Brezza compact SUV to Toyota. The vehicles will be retailed by Indian subsidiaries of Toyota and (Toyota Kirloskar Motor) and Suzuki (Maruti Suzuki) via their respective sales networks.

While the details of the number of supplied units, specifications and pricing are still under the wraps, the rebadged Maruti Suzuki Corolla sedan is reported to be a full-fledged hybrid vehicle. That means, the re-badged Maruti Corolla will be the first electric plug-in hybrid vehicle from the Indo-Japanese carmaker in India. Currently, the carmaker retail mild-hybrid vehicles including the Ciaz sedan, S-Cross crossover and Ertiga MPV.

Globally, the Japanese carmaker recently revealed the new Toyota Corolla Altis sedan with plug-in hybrid powertrain. The same model will also make its way to the Indian market. The company will supply the new-generation Corolla with full hybrid system to Maruti Suzuki that will be re-badged and retail via Nexa dealerships. The Maruti Corolla full hybrid premium sedan is estimated to be priced below Rs 25 lakh. Read – Maruti Ertiga, Vitara Brezza To Gain Bigger, Powerful 1.5L Diesel Engine

Both Japanese carmakers are also working on a range of electric vehicles for the Indian market. The first model, developed under this collaboration, will be launched by 2020. While Toyota will provide the technical support, Suzuki will produce electric vehicles.