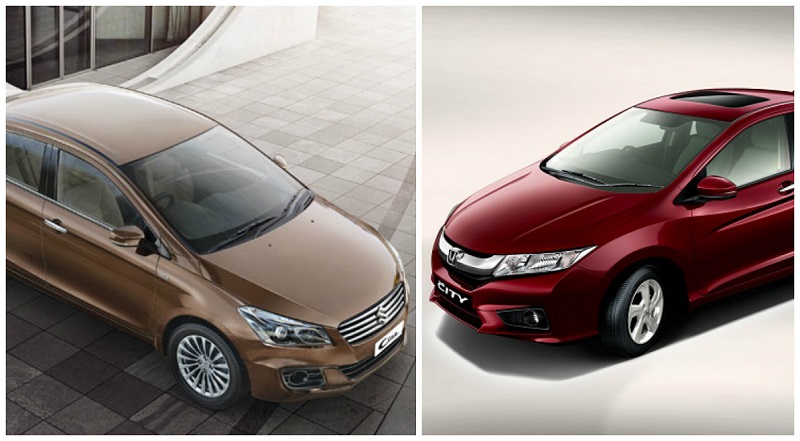 Of the first four months of this fiscal year, Maruti Suzuki Ciaz has beaten Honda City three times. Save for June 2016, Honda City’s sales remained significantly lower than that of the Ciaz. As against Honda City’s 16,996 units in April – July 2016 period, Maruti Suzuki sold 18,852 units of the Ciaz thus maintaining a lead of over 1850 units.

What is actually working in Maruti Suzuki Ciaz’s favour is the great value-for-money proposition it offers to buyers. Though it’s less powerful than the Honda City, it has a plusher cabin, more space for occupants and is superior in fuel efficiency. The Ciaz’s competitive pricing is also playing in its favour, especially after its prices were reduced by up to Rs 69,000.

Since it’s a mild-hybrid, this got excise duty benefits (under Govt’s FAME & NEMMP schemes) that the company directly transferred to customers to bring down its cost. As against the regular excise duty of 24 percent on cars above 4-metres, it’s 12.5 percent for the Ciaz SHVS hybrid.

Besides the Ciaz, other vehicles that are doing really well for the Indo-Japanese carmaker are – Baleno, Vitara Brezza, Swift & Dzire. In July 2016, the company sold a total of 1,25,778 units in the domestic market, which is Maruti Suzuki’s highest ever monthly sales.