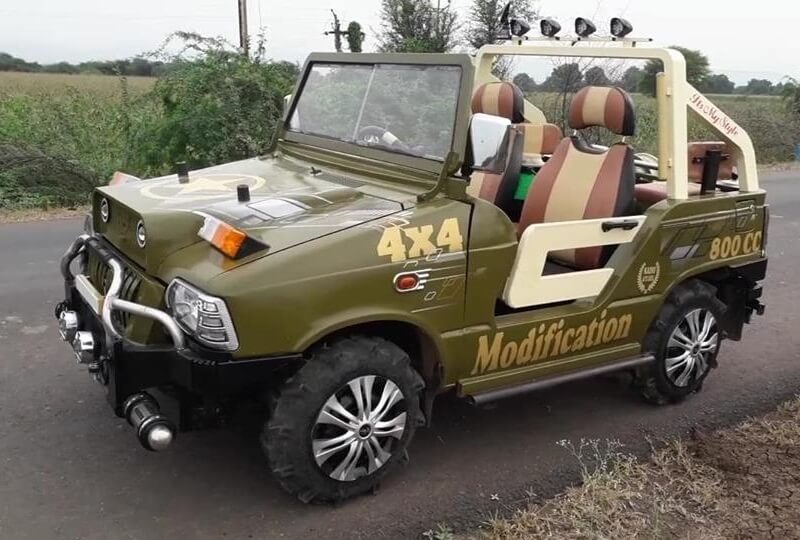 Here is a mod example where Maruti 800 tastefully modified with Mahindra Thar looks.

We have seen several exciting modification examples of India’s favorite family car – Maruti 800, which was first launched in 1983. The small car was discontinued in 2013; however, it still one of the most loved cars among Indians. Here is a latest example of modification where a old 800 converted into an off-roader.

This small car receives a complete makeover and looks big. While we have seen 800 converted into convertibles & stylish hatchbacks, here is an example where Maruti 800 tastefully modified with Mahindra Thar looks. The whole upper frame of the car has been removed, which is replaced with a custom made frame similar to that of the Thar. The bumpers have been replaced by Thar-inspired units, while the raised bonnet has multiple LED lights. The silver-finished grille comes with honeycomb design, while the turn indicators are placed above the stock headlamps. The smaller wheels have been replaced by bigger alloys. Also See – Top 5 Best Modified Maruti 800 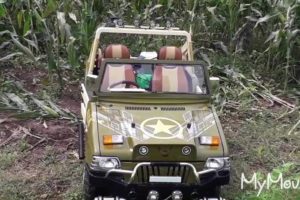 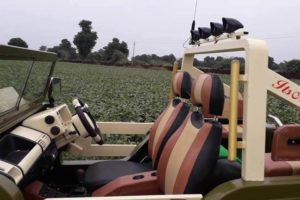 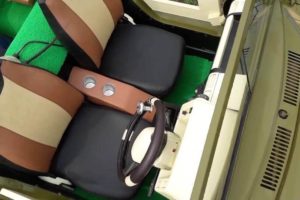 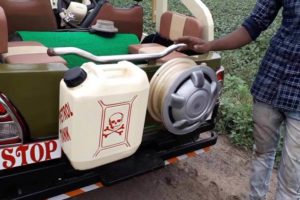 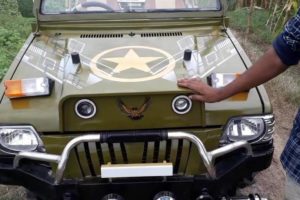 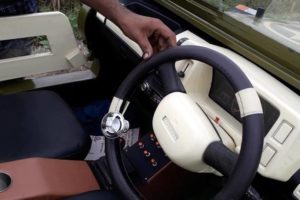 Auxiliary lights, wires mesh, spare tyre mounted on the tail-gate and jerry can further enhance the rugged look. It also gets snorkel pipe, which is claimed to be in a working condition. The modification also has new exhaust unit, which sounds quite amazing. Mechanical bits and engine remains the same. The roof is made of canvas, which can be rolled or unrolled as per requirement. Cabin is similar to the stock car, except for the new upholstery. Also See – Old Maruti 800 Converted Into A Convertible