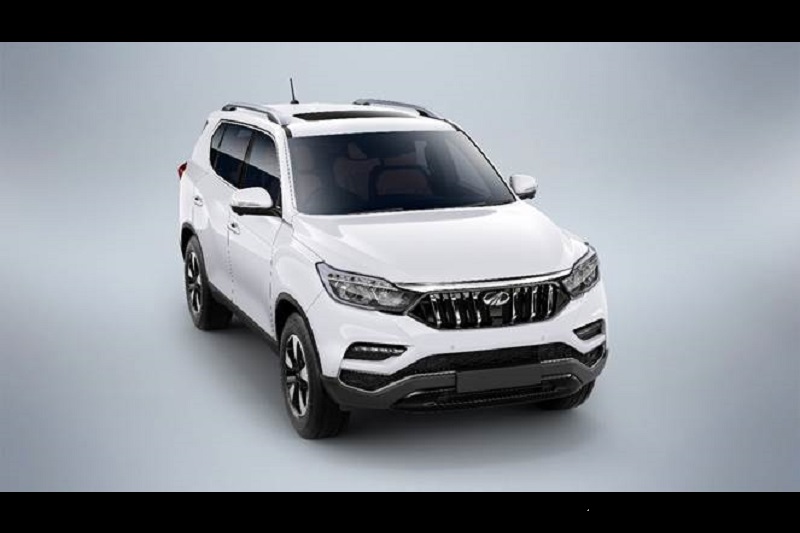 Mahindra & Mahindra has confirmed that it will launch its upcoming flagship SUV – Mahindra Y400 (codename) – on November 19, 2018. The official name of the vehicle will also be announced at the launch event. Based on the SsangYong G4 Rexton, the new Mahindra 7-seater SUV will put up against the Toyota Fortuner and Ford Endeavour in India. The carmaker has confirmed the Mahindra Y400 will be retailed via the new Mahindra Prime dealership section.

Previewed at the 2018 Auto Expo, the Mahindra Y400 will feature a 2.2-litre, four-cylinder diesel engine that’s good enough for 187hp and 420Nm of torque. For transmission duties, the SUV will have a 7-speed automatic gearbox. It will come with a part-time 4WD drivetrain system. Read – Mahindra Thar, Scorpio & XUV500 To Get Generation Change 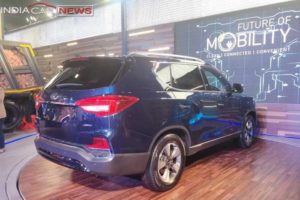 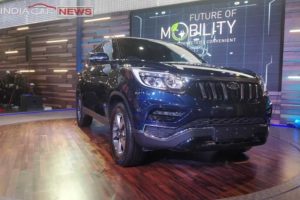 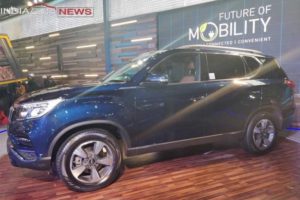 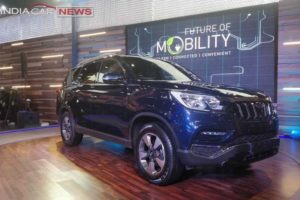 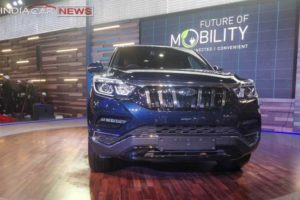 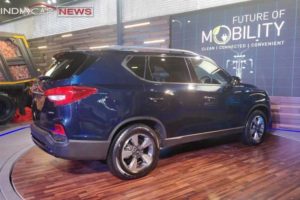 Visually, the Mahindra Y400 will share resemblance to the SsangYong Rexton. Though, it features a new front grille with signature badge, LED headlamps and taillights, large alloy wheels, and lots of chrome all over the body. The Y400 7-seater SUV will be Mahindra’s first product to be designed on the quad-frame body platform that’s composed of 63% 1.5Gpa-grade high-strength steel.  Read – Upcoming Mahindra Cars In India

Inside, the SUV will have soft-touch materials giving it a premium touch. The top-spec variant of the SUV could be exclusively offered with a large 9.2-inch infotainment system with a 360-degree camera display. Features such as a dual-zone automatic climate control, nine airbags, ABS with EBS, hill descent control, ESC and active roll-over protection will also be on offer. Pictures: Mahindra TUV Stinger Convertible SUV

Dimensionally, the Mahindra Y400 will be bigger than the Fortuner. While the Y400 is 4850mm long and 1960mm wide, the Fortuner measures 4795mm in length and 1855mm in width. However, the latter is around 35mm taller than Mahindra’s new 7-seater SUV.