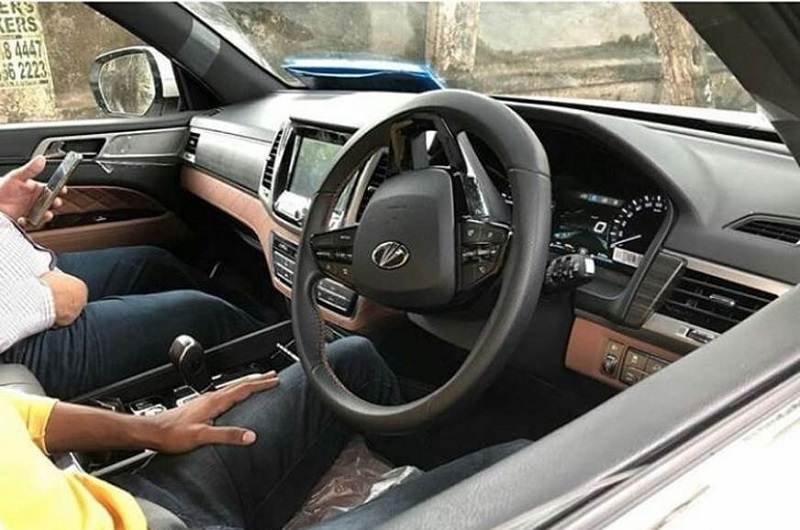 The Mahindra Y400 7-seater SUV will take on the likes of Toyota Fortuner, Isuzu MU-X and the Ford Endeavour.

Homegrown automaker, Mahindra will launch the long-awaited 7-seater premium SUV – codenamed Y400 – by the end of this month. Likely to be called Mahindra XUV700, the SUV will be brand’s new flagship SUV. Ahead of its launch, clear interior images of the SUV have hit the web-world. The cabin is similar to the global-spec SsangYong Rexton, though Mahindra badge is embossed on the three-spoke steering wheel.

The cabin comes with dual-tone dashboard, featuring grey plastic on the top and a brown lower section. The wood finish near the angular air-conditioning vents gives it a premium feel. Quilted leather treatment can be seen on the doors and seats. It is equipped with a large 9.2-inch touchscreen infotainment system with Android Auto and Apple CarPlay connectivity and in-built navigation as standard. The touchscreen will also serve as a display for the 360-degree camera. The instrument cluster is a 7.0-inch digital screen, which is flanked by a speedometer and tachometer. 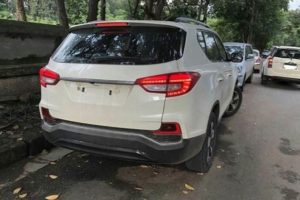 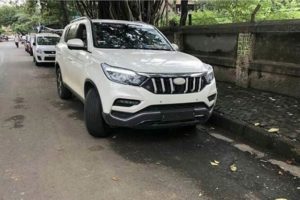 The image also confirms that the SUV is fitted with a 7-speed automatic gearbox, which sends power to the rear wheels or to all-4 wheels. Under the bonnet is a 2.2-litre, 4-cylinder, turbo-charged diesel engine that is capable of producing 187bhp of power and 420Nm of torque.

The Mahindra Y400 7-seater SUV will take on the likes of Toyota Fortuner, Isuzu MU-X and the Ford Endeavour. For people not in the know, Mahindra had showcased the SUV at the 2018 Delhi Auto Expo. It is expected to udercut the prices of its direct rivals for competitive edge. We believe that the SUV could be priced between Rs 22 lakh and Rs 28 lakh.