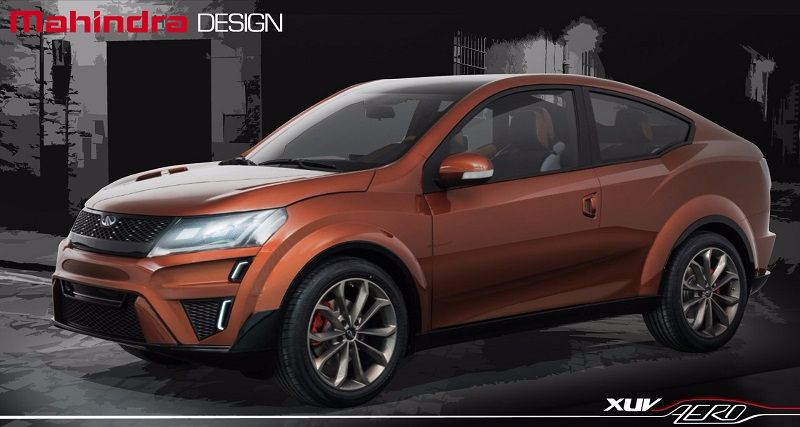 Mahindra XUV Aero Coupe SUV will soon become a reality, as the Pune-based carmaker has approved the functional prototypes and production of the concept. However, Mahindra hasn’t yet made any official statement on the same. The company’s Chakan-based plant near Pune will serve as the production hub for the all-new XUV Aero. First previewed at the 2016 Delhi Auto Expo, the XUV Aero SUV will become Mahindra & Mahindra’s flagship product. With its futuristic design and styling, the coupe crossover turned quite a few heads and considering the good response Mahindra has now green lit its production. The company will soon begin testing prototypes of the XUV Aero.

Previous year during a conversation, Pawan Goenka, Executive Director, M&M had confirmed that company has already done initial engineering operations for the SUV, and is now digging into its business viability. The carmaker was of the opinion that the Indian market is still not in favour for the high-end premium products developed by local players. However, it now considered the sustainable market demand and growth, and has pushed the XUV Aero for production. Read – Mahindra XUV700 SUV To Challenge Toyota Fortuner 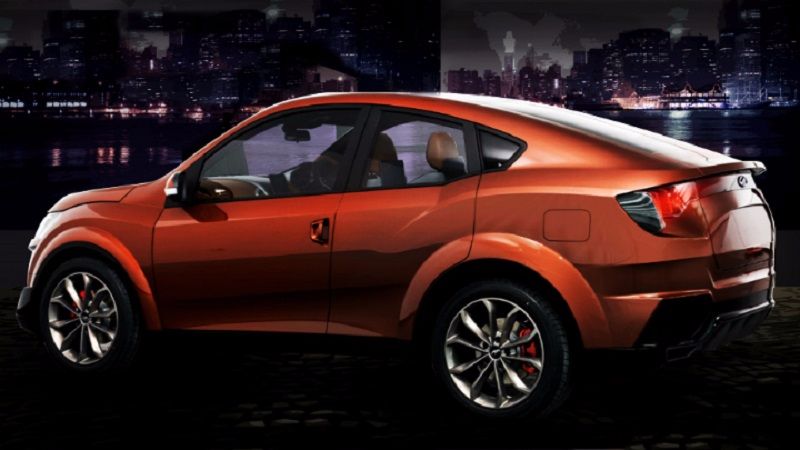 Sporting aggressive styling, flared wheel arches and a high-positioned rear end, the Mahindra XUV Aero Coupe-like SUV represents the brand’s futuristic design concept. Most of the design and styling bits of the concept will also be used for other Mahindra SUVs as well in future. During its unveiling at the Auto Expo, the Pune-based carmaker said the XUV Aero is the most expensive design study done by the company. In Mahindra’s India lineup, the XUV Aero SUV will be positioned above the Mahindra XUV500. Photo Gallery – This Modified Mahindra TUV300 Looks Like Jeep Cherokee

A latest report claims that Mahindra’s new SUV has received approval for the functional prototypes and production. The SUV will soon enter into its testing phase, followed by production at the carmaker’s Chakan facility near Pune. Though, the Mahindra XUV Aero concept will take at least two years to go on sale in India. The Indian automobile major hasn’t revealed the exact launch timeline of the XUV Aero, but speculations are on rife that it could be rolled out in late 2018 or early 2019. 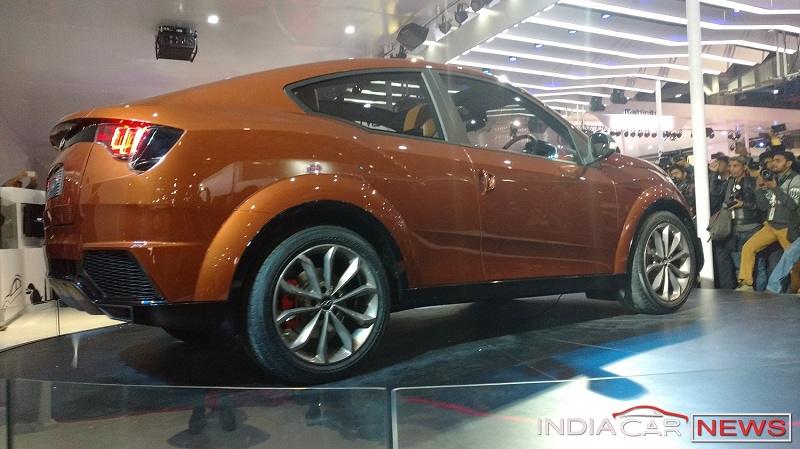 The company has shown the green flag to its production and prototypes. It would be quite early to comment on its pricing as the vehicle is yet to enter into the production. The Mahindra XUV Aero’s prices in India are estimated to fall in a vanity of Rs 20 lakh – Rs 25 lakh (ex-showroom). If launched at this price, it will become the most expensive Mahindra & Mahindra product in the country. Photo Gallery – Upcoming Mahindra Cars in India

Under the hood, the new Mahindra SUV will feature a 2.2-litre m-Hawk diesel engine benefited with an advanced combustion system, new-generation turbocharger and low pressure EGR (exhaust gas recirculation) technology. With all these advanced technologies, the powertrain will return better refinement and performance. The same engine has already been used in other Mahindra products albeit with less power.

On the SUV, this m-Hawk diesel motor is estimated to deliver power close to 210bhp. There will be four drive mode options – Race, Off-road, Street and Sport. Transmission duties are likely to be carried out by a 6-speed manual and a 6-speed automatic gearbox. For the record, Mahindra claims that the XUV Aero can mark 100kmph from the standstill in 6 seconds. Mahindra might also introduce an electric powertrain to the SUV.

Speaking on the Aero, Dr Pawan Kumar Goenka, Managing Director, Mahindra & Mahindra said, “Electric Mahindra XUV Aero is one of the options that we are investigating right now. Our plans for bringing out the Aero also depend on the cost of the high voltage powertrain technology.” Reports suggest that Mahindra Electric is working with SsangYong on a 380-volt system with range over 250km and multiple battery-powered systems making outputs from 41bhp to 204bhp. Read – Mahindra U321 MPV – All You Need To Know 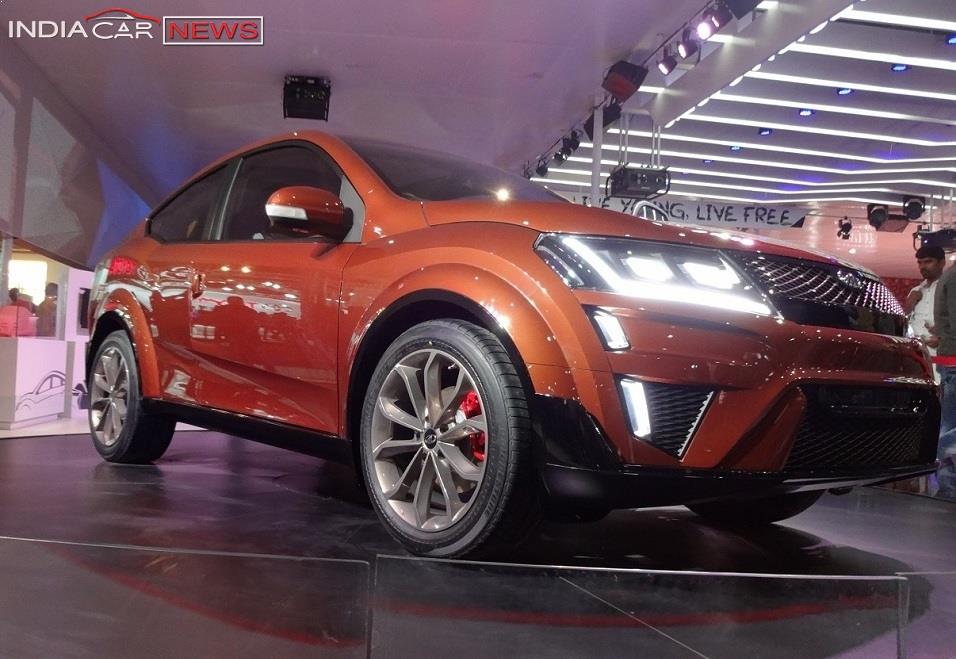 Carrying a futuristic design and Mahindra’s new infotainment and connectivity system, the new Mahindra XUV will prove to be a tough competitor for the high-end luxury coupe SUV such as BMW X6 and Mercedes-Benz GLE Class. It will also take on products like Hyundai Tucson and upcoming Skoda Karoq.

The XUV Aero coupe SUV has been designed and developed by Mahindra’s Indian design team. The design team of 45 members is guided by Ramkripa Anathan with inputs from Pininfarina that was acquired by the Indian automobile giant – Mahindra – in December 2015. Commenting on the XUV Aero concept, Mr. Pravin Shah, president and chief executive, automotive business at Mahindra, said, the Mahindra XUV Aero concept will “reflect bold design” and “come with all the futuristic connected technology”. 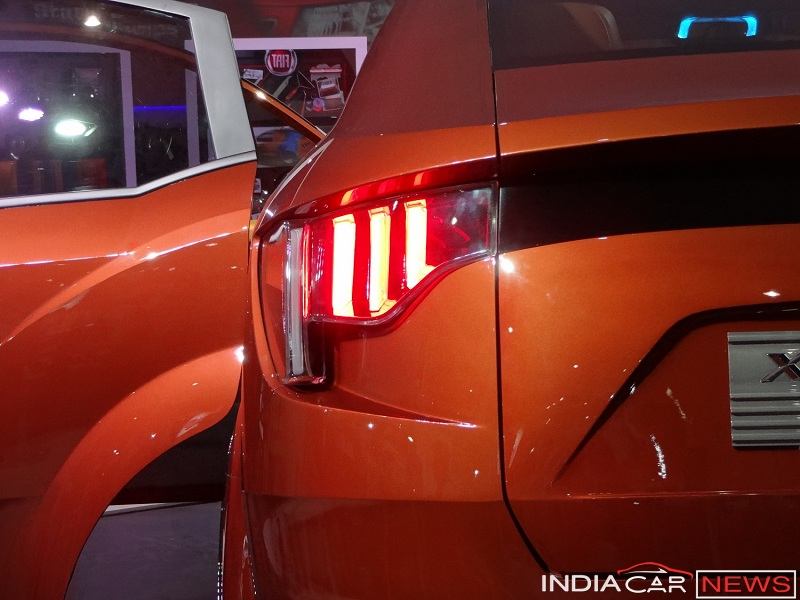 The pronounced wheel arches with large alloy rims add more to its sporty side appearance. The high-positioned overhand, LED tail lamps and stylish diffuser give it a distinctive look. Dimensionally, the new Mahindra SUV measures 4,840mm in length, 1,890mm in width and 1,680mm in height. The vehicle is likely to sit on 2,700mm (approx.) of wheelbase.

The XUV Aero is also one of the most equipped Mahindra products brimming with embedded telecommunications module and integrated high resolution touchscreen, multi-zone climate control and several other comfort and connectivity features. The concept’s suicide doors offer easy ingress and egress to the cabin.

Based Mahindra’s futuristic design philosophy, the XUV Aero coupe-like SUV has been conceptualised by the brand's Indian designers with inputs taken from Pininfarina. The same design language will also be used for the future Mahindra SUVs.