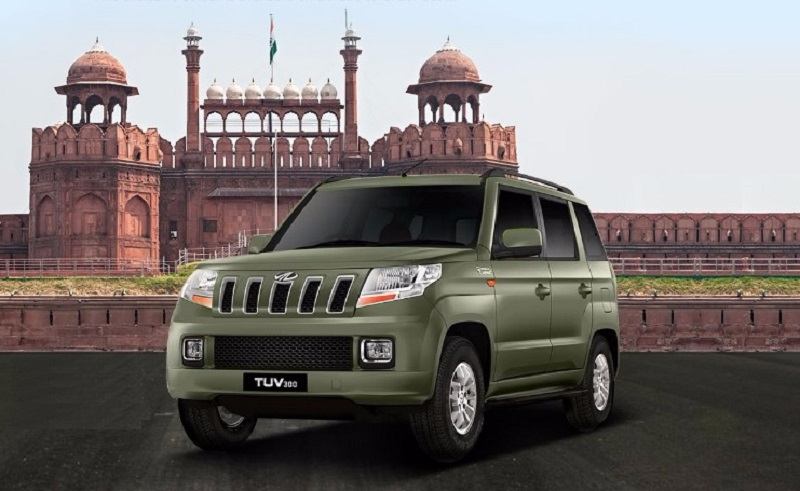 The Mahindra TUV300 Bronze Green is available only on a made to order basis at no additional cost.

To celebrate the 70th Independence Day, Mahindra & Mahindra has launched the TUV300 in a new colour scheme via its official website. The new shade that has been introduced on the Mahindra TUV 300 is the Bronze Green that is often associated with the military. Spread across all trim levels, this new shade will come at no additional cost.

Bookings for the Mahindra TUV300 Bronze Green are open at the company’s all dealerships across the country. One must note that the new color variant is available only on a made to order basis. Now, the compact SUV is available in a total of seven colour schemes – Bronze Green (new*), Verve Blue, Glacier White, Dynamo Red, Majestic Silver, Bold Black and Molten Orange. 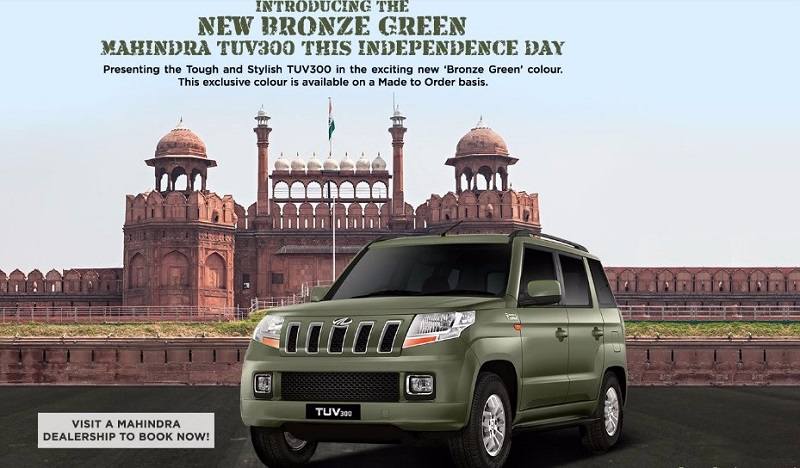 Mechanically there are no new upgrades in the TUV300 Bronze Green edition. The compact SUV still powered by the same 1.5 litre mHawk 80 and 100bhp, 1.5-litre mHawk80 diesel engines. Torque figuers of both the engines stand at 230Nm and 240Nm respectively. Transmissions on offer are a 5-speed manual (standard) and an AMT (available only on the T6+ and T8+ trims).

Launched in September 2015, the Mahindra TUV300 has been performing well for the Pune-based carmaker in India. With an aim to boost its sales, the carmaker introduced the more powerful version of the car – TUV300 mHawk100. This new variant comes fitted with a 1.5-litre mHawk80 diesel powertrian that makes 100bhp. In April 2016, the company registered 14% sales growth courtesy to TUV300 and KUV100 mini SUV. The carmaker sold 41,863 unit as against 36,727 units during the same period in 2015.