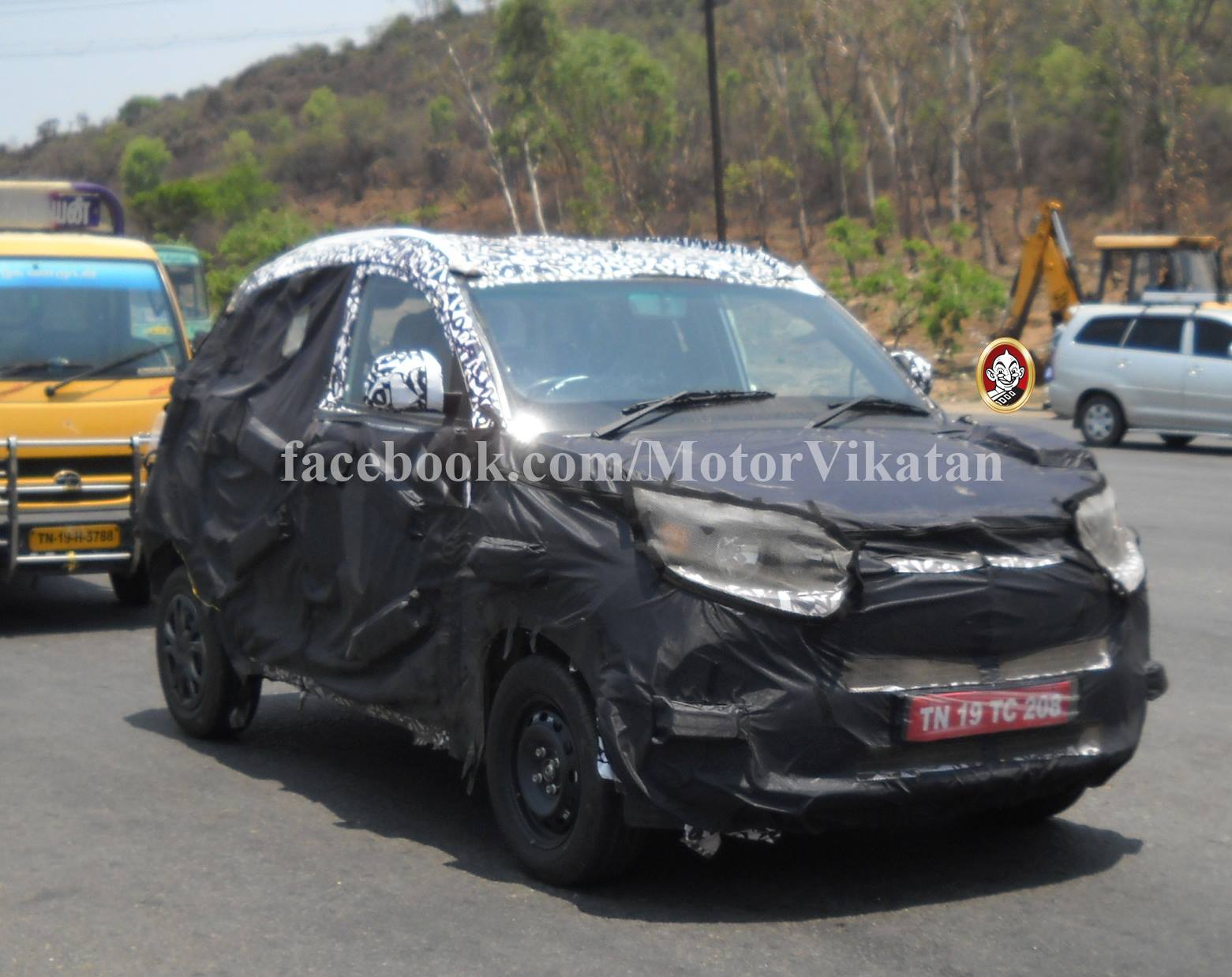 It has been a while since Mahindra has been testing its upcoming compact SUV, Codenamed S101 on the Indian roads. Now, the vehicle has recently been caught during its test rounds near Chennai, closer to the company’s R7D centre Mahindra Research Valley. For the first time, the interior of the much anticipated compact SUV snapped. The interior image of the Mahindra S101 compact SUV shows that the gearlever is mounted on the dashboard. Positioning of the gearlever on the center console instead of the floor provides more space to add bench type front passenger seat. If media reports to believe, the company might also introduce the six seater version of the Mahindra S101 in 3+3 layout; however, we believe that 2+3 configuration suits the compact size well.

The interior also suggest that the new compact SUV features a new steering wheel which is inspired by the XUV500. Based on an all-new monocoque platform, the S101 is a sub-4 metre SUV which will be sold alongside the Quanto. It will be offered in both petrol and diesel guise. While the petrol version will get 1.2-litre three-cylinder unit, the oil burner is expected to be powered by a 1.5-litre engine.