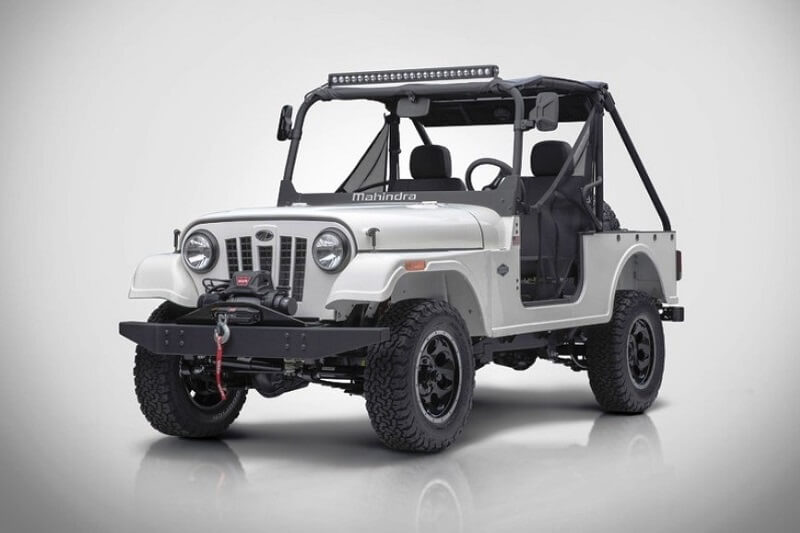 – The new Mahindra ROXOR off-roader will be produced at the company’s new facility in Detroit, Michigan.

– It is powered by a 64bhp, 2.5-litre, 4-cylinder diesel engine coupled to a five-speed manual gearbox.

– It will be sold through new powersports dealerships in North America.

Mahindra & Mahindra, India’s largest UV manufacturer, has unveiled a new off-road vehicle for the North American market. Called Mahindra Roxor, this off-roader has been design and engineered by MANA (Mahindra Automotive North America) and according to Mahindra it is ‘unlike anything currently on the market’. The new Roxor off-roader is a two-seater SUV with open top layout and a bare-bones setup. Check Out – Mahindra Thar Wanderlust Picture Gallery

Aiming to expand its footprint globally, Mahindra established a new production facility in Detroit, Michigan in 2016. The new Roxor will be produced at this manufacturing facility. The Mahindra Roxor is basically an off-road derivative of the popular Thar available in the Indian market. This model will also be used for the US Federal postal services. Read – Mahindra TUV Stinger Convertible SUV Makes Debut 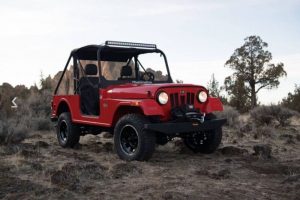 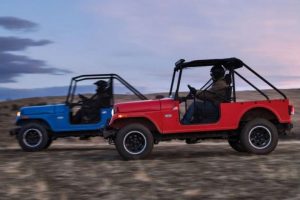 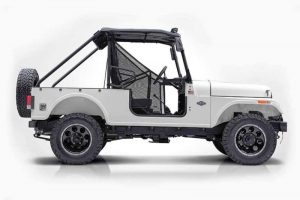 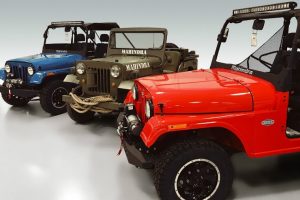 The new Mahindra ROXOR is powered by a 64bhp, 2.5-litre four-cylinder diesel engine that is paired to a five-speed manual gearbox. Four-wheel-drive layout comes as standard, while the top-speed is limited to merely 72kmph. In the global markets, the Roxor will rival the likes of Polaris RZR and Kawasaki Mule Pro. While the competition comes with two-cylinder engines and independent suspension setup, the Roxor is available with a four-cylinder engine and leaf springs. Read – Upcoming Mahindra Cars In India

In terms of styling, the Mahindra Roxor comes equipped with a new five-slat grille instead of the seven-slat unit offered on the Thar model. Surprisingly, the new model is claimed to be offered in close to 900 paint jobs. This model won’t be sold through regular Mahindra dealerships in North America, instead it will be available through new powersports dealerships.

Known by the name of Mahindra Automotive North America (MANA) manufacturing plant, the facility is built in a vast area of 150,000 sq.ft and is the first plant built by a global automaker in that region in 25 years. This newly opened facility, Mahindra’s new warehouse and logistics operation in Pontiac as well as the Troy operation prototype all come under the expansion plan that involves $230 million investment in Southeast Michigan. Read – Mahindra Cars At Auto Expo 2018

The automaker had earlier attempted to venture into the US market with its Left-hand drive Scorpio-based pik-up, though some legal disputes with dealerships led to delay in the US entry. This time, the company seems determined to materialize its plans to start operations in the US passenger market.