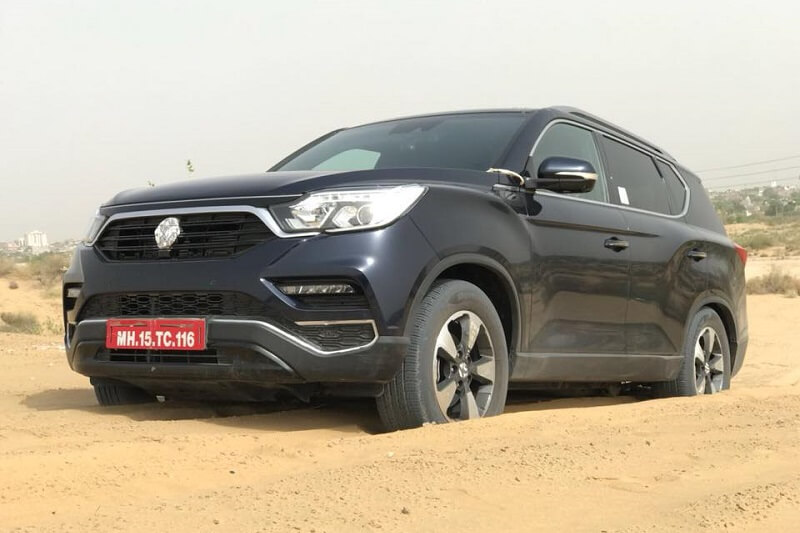 Set to be Mahindra’s flagship product, the new Rexton will challenge the likes of Toyota Fortuner and upcoming Honda CRV 7-Seater.

India’s largest carmaker, Mahindra had showcased a new 7-seater premium SUV based on new SsangYong Rexton at the 2018 Delhi Auto Expo. This model is expected to be launched in the second half of 2018, possibly around Diwali. Set to be Mahindra’s flagship product, the new Rexton will challenge the likes of Toyota Fortuner and upcoming Honda CRV 7-Seater. Ahead of the launch, the SUV has been spotted testing in sand dunes. 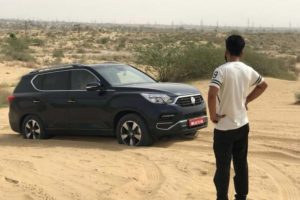 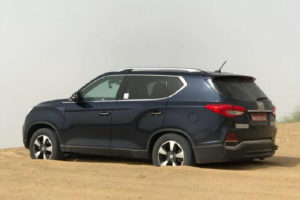 This 7-seater SUV is basically the Rexton G4 with Mahindra badging. Mahindra is yet to reveal the exact name for this SUV, but media reports claim that the SUV could follow the XUV nomenclature. Likely to be called the Mahindra XUV700, the SUV will be the brand’s most expensive model in India. The spotted model was carrying the SsangYong badge, which has been covered with a tape.

While the spotted model carries the horizontal slat grille, the India-spec model showcased at the Auto Expo was equipped with a vertical slat chromed grille with Mahindra badge at the centre. If reports are to be believed, Mahindra will import the Rexton via a CKD route and then assembled at its India plant. This will help Mahindra to achieve aggressive pricing for this SUV. It is expected to be priced between Rs 20 lakh and Rs 25 lakh, which makes it around 4 to 5 lakh cheaper than the direct competitors like Toyota Fortuner & Ford Endeavour. Read – Mahindra XUV700 – 5 Facts

This SUV will be powered by a 2.2-litre turbocharged diesel engine that churns out a maximum power output of 179bhp and a peak torque of 420Nm. It will also get a Mercedes-Benz sourced 7-speed automatic gearbox along with all-wheel-drive layout. The SUV has a ground clearance of 215mm, which is more than sufficient to tackle bad roads.