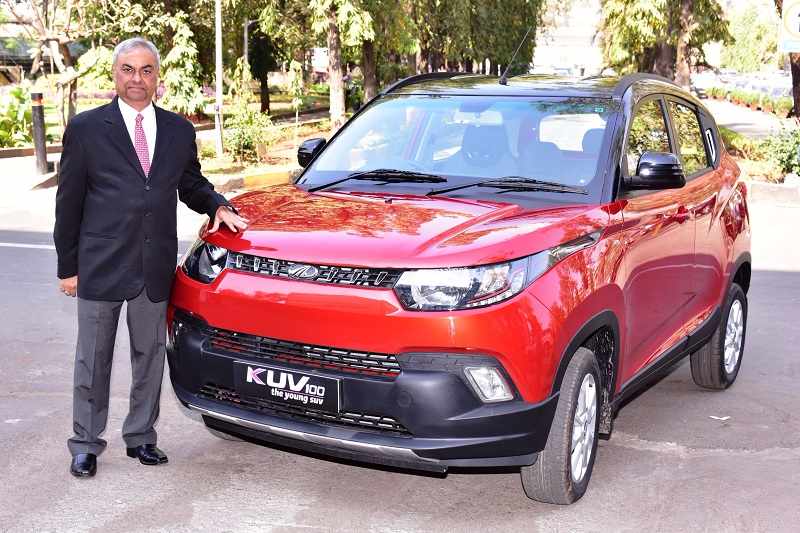 Available only on the top-end K8 (6-seater) variant, the Mahindra KUV100 Anniversary Edition is priced at Rs 6.37 lakh (ex, Delhi),

Launched in January 2016, the Mahindra KUV100 has now completed its first year in the Indian market. To celebrate the occasion, Mahindra & Mahindra has introduced the first anniversary edition of the compact SUV. Available only on the top-end K8 (6-seater) variant, the Mahindra KUV100 Anniversary Edition has been priced at Rs 6.37 lakh (ex-showroom, Delhi), which is around Rs 13,000 more expensive than the regular KUV100 K8 variant. Buyers can pre-book this edition at all Mahindra dealerships across the country.

The Mahindra KUV100 Anniversary Edition comes with multiple sporty enhancements and two new dual-tone shades. On the exterior, this new edition gets 15-inch alloy wheels with a dynamic design. Besides this, Mahindra has also offered 14-inch alloys with spider design on the K6 & K6+ variants. The new anniversary edition is being offered with two dual-tone colours – Flamboyant Red and Dazzling Silver with Metallic Black Roof. Read: Upcoming Mahindra Cars in India

Coming to the engine, the Mahindra KUV100 Anniversary Edition is available with the same mFalcon engines – a 1.2-litre G80 petrol and a 1.2-litre D75 diesel – that do duty in the regular model. The former churns out power worth 82bhp and 115Nm, while the diesel motor is good for 77bhp and 190Nm. Both the engines come with the conventional 5-speed gearbox.

Commenting on the introduction of the Mahindra KUV100 Anniversary Edition, Pravin Shah, President & Chief Executive (Automotive), M&M Ltd., said, “On the first anniversary of KUV100, we would like to thank our customers for their support in creating a new SUV segment. The KUV100 has the appeal of an SUV and the practicality of a compact car, making it a compelling value proposition. At Mahindra, we constantly update our products in keeping with the latest trends. We have introduced the new avatar of the KUV100 with dual tone exterior colour, sporty and premium black interiors and bigger dynamic design alloys wheels along with various accessory kits. We are confident that it will further build on the KUV100’s style quotient and make it a popular choice amongst the youth.”