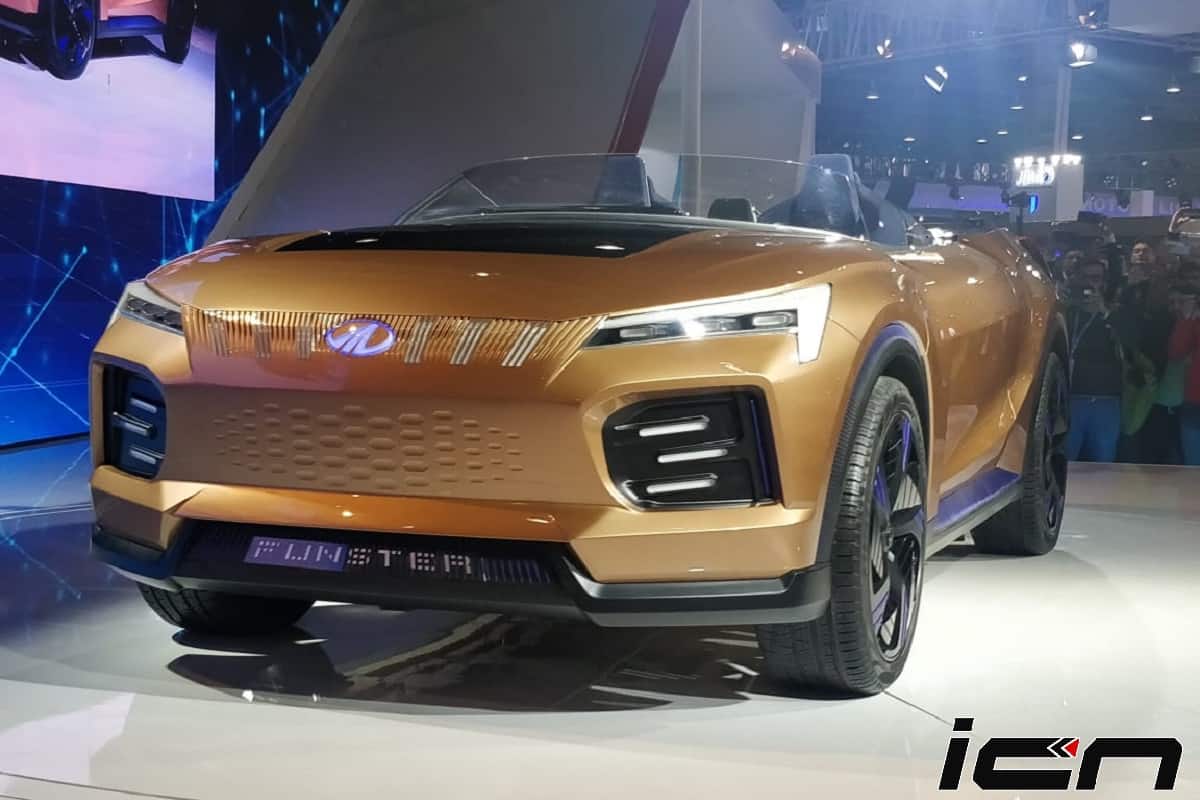 Homegrown UV maker, Mahindra and Mahindra has revealed the new Funster EV concept at the 2020 Auto Expo. Adding to it, the company has also revealed the long-awaited XUV300 electric and the upgraded eKUV100 at the biennial event. In this article, we bring you live images, key information and other details of the Funster EV.

It features a muscular front bumper, large alloys and strong creases and curves all around the body.

Mahindra claims that the Funster is a roadster concept with a playful convertible mode. The concept is an open-top sporty looking muscular car, offering seat for 5 adults. However, the production-spec next-gen XUV500 will have a 7-seat layout. The Funster showcase the brand’s idea of a high performance future EV SUV. Read – New Mahindra Thar To Launch In March, 2020

The company hasn’t revealed the specifications of the Funster, but it is expected to come with four electric motors (one for each wheel). The combined power output is around 313bhp, and is likely to achieve 0-100kmph in just 5 seconds. It features a 60kWH battery pack.

Besides Funster EV Concept, Mahindra has launched the eKUV100 at Rs 8.25 lakh. The company has also Unveiled the production ready XUV300 electric SUV, which is scheduled to be launched in the second half of this year. The company has also introduced the new BS6 compliant petrol engine range – 1.2l, 1.5L and 2.0L , called the mStallion range.