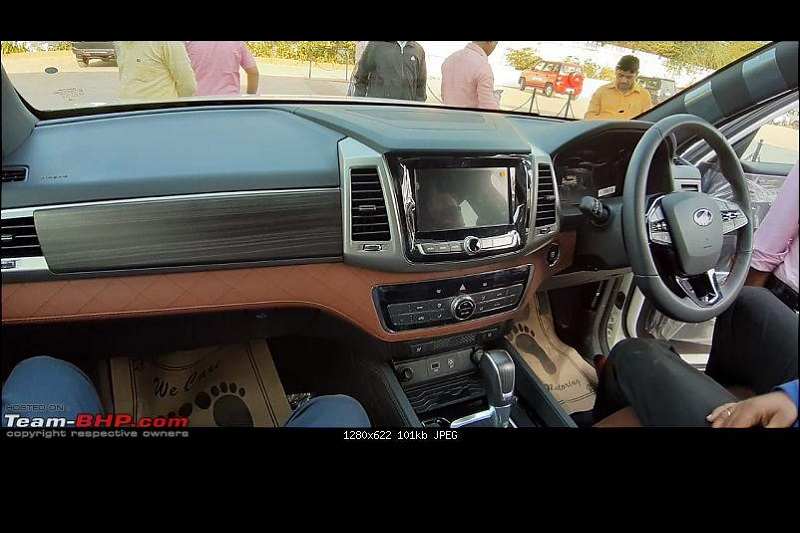 Mahindra Alturas G4 will go on sale in India on 24th November.

Interior of the production-ready Mahindra Alturas G4 SUV has been completely revealed in new spy pictures. The 7-seater SUV gets dual-tone (Black and Reddish Brown) theme and a premium dashboard with wood finish and silver accents that look different from the concept showcased at the 2018 Auto Expo.

In the centre of the dashboard, there is a large touchscreen infotainment system supporting Apple CarPlay and Android Auto. You will notice several control buttons on the centre console. Material quality looks premium with piano black finish. Features such as door pads with a diamond quilted pattern, door handle (running across the sill) with white stitch and door handles with silver surrounding finish add more to its premium looks. Read – Mahindra Alturas Vs Toyota Fortuner 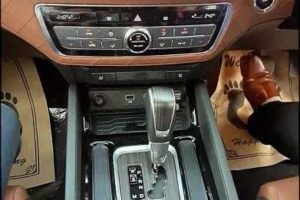 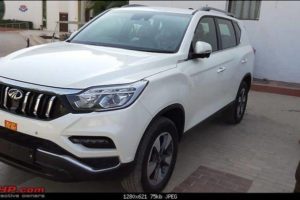 Pictures reveal that the dual-tone rear seats of the Mahindra Alturas G4 will offer good legroom to the occupants. The thigh and lumbar support will also be decent. At the bottom of the door pad, there will be a silver speaker grille. Other highlights include typical Mahindra steering wheel and automatic gearlever. Read – Mahindra Alturas SUV – 5 Interesting Facts

Mahindra Alturas G4 is slated to launch on 24th November, while its deliveries will begin from 26th November. The company has confirmed that the SUV will come in two variants – 2WD AT and 4WD AT. The SUV lineup will be available in a choice of five paint schemes and a single diesel powertrain. The Alturas will derive its power from a 2.2-litre turbocharged diesel engine. Read – Mahindra S201 To Rival Nexon & Vitara Brezza

The oil burner delivers a peak power of 187bhp against 420Nm of torque. Transmission duties on the vehicle will be taken care of b a 7-speed torque converter unit sourced from Mercedes-Benz. In the premium 7-seater SUV space, the Mahindra Alturas G4 will be gun up straight against the Toyota Fortuner, Ford Endeavour and Skoda Kodiaq.