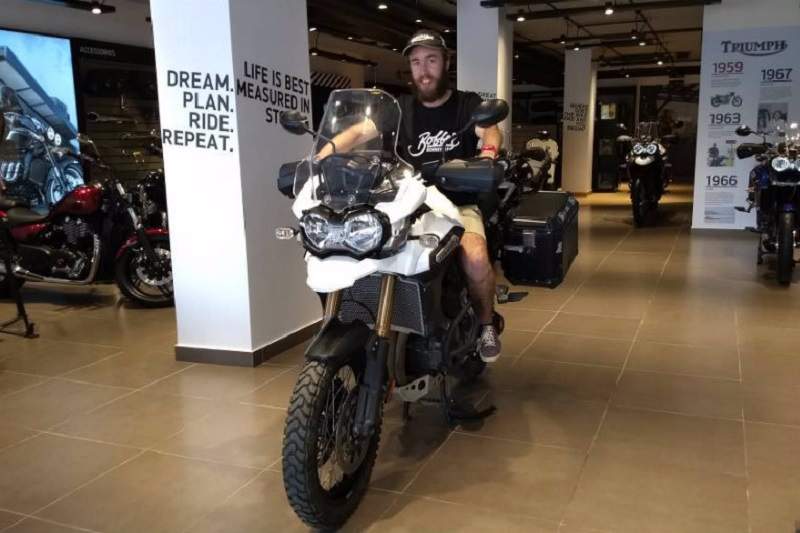 Magnus Peterson, a native of Sweden embarked on his expedition from Australia in January this year.

A rider, his companion bike and a long journey through 20 countries, covering 24,000kms of distance. This might sound bizarre, or to some it might appear like a story from a Bollywood movie, errr ok maybe a Hollywood movie considering there is no female protagonist and no songs playing in the background. Magnus Peterson, a native of Sweden embarked on his expedition from Australia in January this year.

With over 5 months of journey, this 30-year rider accompanied by his Triumph Tiger Explorer, who he has named ‘Patricia’ has seen 20 countries covering around 24,000kms. Leaving behind materialistic pleasures, Magnus began his expedition from Australia and rode to the East Timor followed by a slew of countries including Indonesia, Malaysia, Thailand, Myanmar (Burma), India, Nepal and back to India. 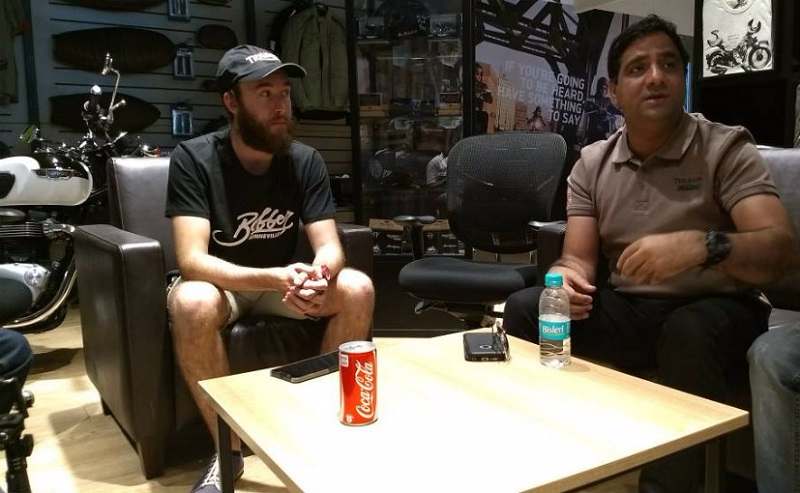 Currently, he is in the capital city of the country, Delhi from where he plans to return to Sweden by the end of June covering countries like Pakistan, Iran Turkey, Bulgaria, Romania, Hungary, Slovakia, Poland, Germany and Denmark.

Encouraging the spirit of Magnus Peterson, Mr. Vimal Sumbly, Managing Director, Triumph Motorcycles India flagged him off from Delhi’s One Triumph showroom as he readies for his adventure. Triumph has been striving to build a riding culture in India ever since it made inroads in the country. Magnus’s story comes in as a testimony in the bikemaker’s effort to replicate its brand history in India. 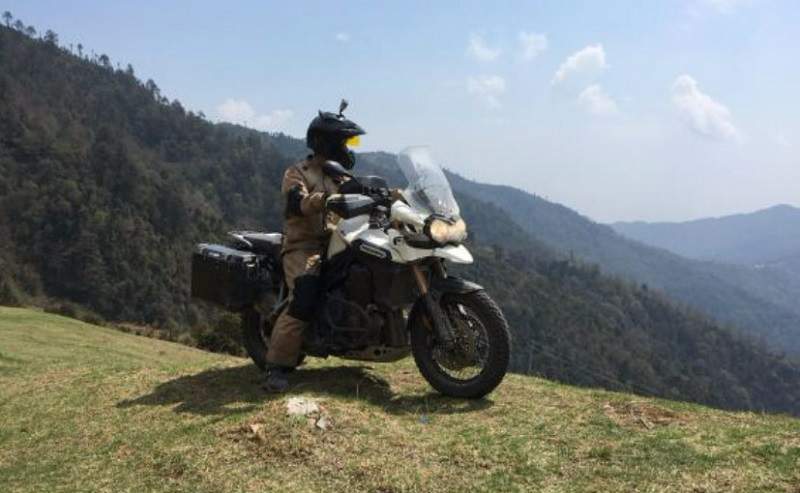 A bit of the trivia here about Magnus reveals his passion for riding bikes. Magnus started riding bikes when he was in his late teens (17). Before he got his Triumph, he rode a Daytona 675, on which he took up his early riding lessons. A management consultant at Boston Consulting Group, he shifted from Sweden to Stockholm and then Melbourne. While it was a demand of work, it made him blend into the diverse cultures of these countries and at the same time quenched his unending desire to travel different countries. Now that he has been in over 20 countries, he has friends all over the world from different heritage preaching different cultures.

While Magnus’ zest amazes us, it also reminds of Indian born Swedish artist P K Mahanandi who known for his 4 months and 3 weeks’ journey on a bicycle from New Delhi to Gothenburg back in 1977. P K Mahanandi and Charlotte’s lesser known love story is now likely to be adapted into a motion picture soon and we can’t wait to see it.