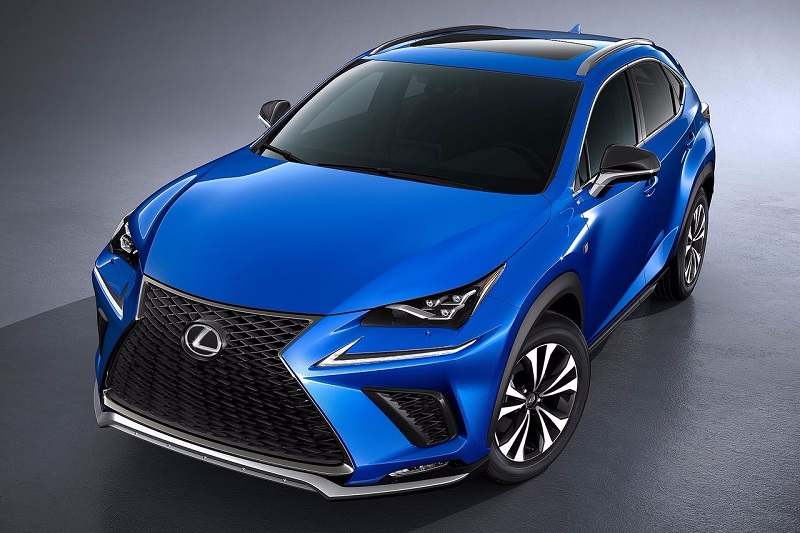 Lexus NX300h Hybrid SUV has finally made its way to the Indian market. Available in two variants, Luxury and F-Sport – the SUV has been priced at Rs 53.18 lakh and Rs 55.58 lakh (ex-showroom, Delhi) respectively. The luxury SUV had its India debut on November 17, 2017 at an event in Mumbai. In Lexus’ Indian product lineup, this new SUV sits below the RX 450h SUV. After the LX 450d SUV, RX 450h crossover and ES300h sedan, the NX 300h is the company’s fourth model in the country.

Similar to the other Lexus, this new SUV is being imported to India as CBU (Completely Built Up) unit. Despite paying heavy import duties, the NX300h is the most affordable Lexus model in India. The new Lexus NX300h price in India starts from Rs 53.18 lakh for the base ‘Luxury’ model and goes up to Rs 55.58 lakh for the range-topping F-Sport trim (all, ex-showroom Delhi).

At this price point, it takes on the Mercedes GLC, recently-launched Volvo XC60, new Audi Q5 and the upcoming BMW X3. The Indian market has received the global facelifted version of the SUV that was first previewed at the 2017 Shanghai Motor Show. Read : Lexus RX 450h – All You Need To Know 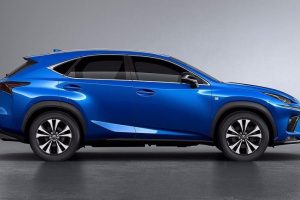 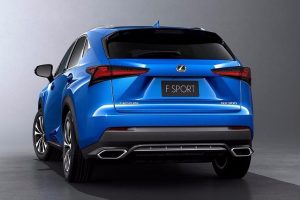 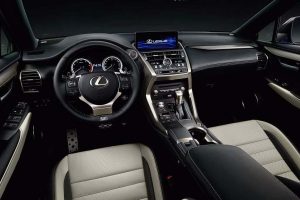 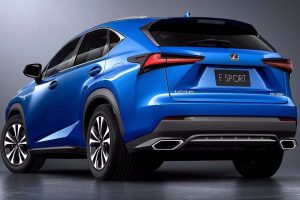 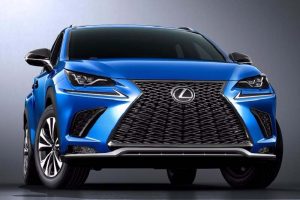 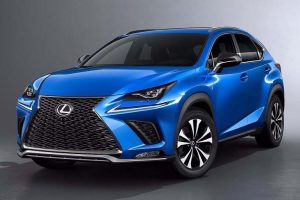 Powering the Lexus NX is a 2.5-litre, four-cylinder In-line VVT-i petrol hybrid engine paired with a rear-mounted electric motor. This motor can make a maximum power output of 197bhp against 210Nm of torque at 4,500rpm. It is claimed to accelerate 100kmph from standstill in 8.5 second, while maintaining a top speed to 180kmph. Transmission duties on the SUV are carried out by an electronically controlled CVT unit. On the ES300h sedan, the petrol hybrid system offers a claimed fuel economy of 17.8kmpl. Its CO2 emission figures stand at 132g/km. Check Out – Lexus ES300h – Price & Pictures

Design and styling of the new NX is bolder and more refreshing than its previous global model. Comprehensive design updates have been made on face of the car. Upfront, the SUV features new front grille with satin and smoked chrome trim elements, revised bumper and the LC luxury coupe-inspired AHS-equipped LED headlamps with triple projectors and LED daytime running lights. The fog lamps have also be relocated to the corner of the front bumpers, separating them from the ducts.

Towards the side, the new Lexus SUV gets flared wheel arches with plastic cladding and high-grade aluminum 18-inch wheels. The black plastic cladding is also visible on the roof rails and side skirts. At the back, the SUV features elongated LED taillights, larger chrome-tipped exhaust tips, revised bumper cover design and broader lower rear bumper cover with elements of the grille’s spindle motif. Read About – Lexus LS450d Luxury SUV

The first thing you will notice inside the cabin is the larger 10.3-inch display on the center dashboard. The design of the HVAC control panel has also been changed. The remote touch interface pad, integrated on the center console, has been redesigned for more accessible operations. The SUV has superior Takumi craftsmanship adding more to its premium feel and appeal. Other key highlights include a 14-speaker Mark Levinson sound system, heads-up display, 360 degree panoramic surround view, navigation system and foot gesture-based activated rear power tailgate.

The Lexus NX is one of the safest cars in its league. The new model of the SUV comes equipped with the brand’s Lexus Safety System that includes active safety technologies such as the Dynamic Radar Cruise Control System, Pre-Collision System (PCS), Automatic High Beam (AHB) and Lane Departure Alert (LDA). It also gets Intelligent Clearance Sonar (ICS).