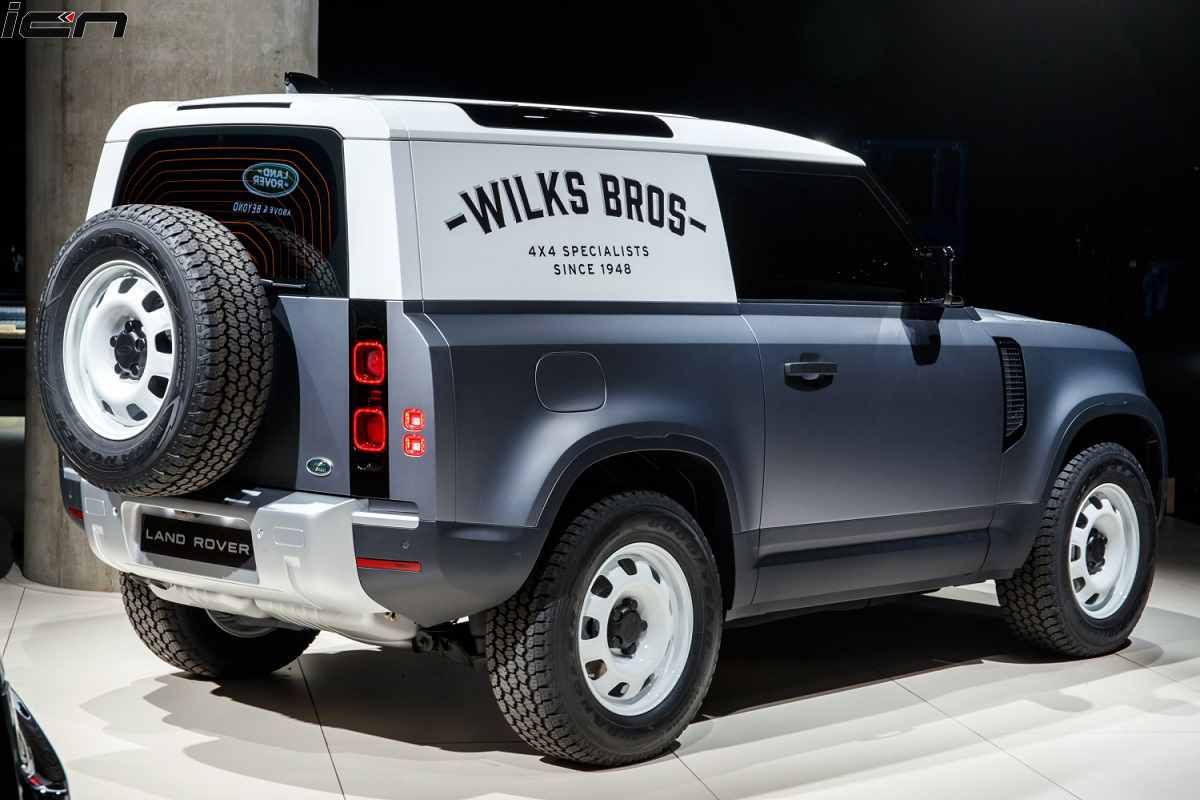 British SUV maker, Land Rover has confirmed that the new Defender 90 and 110 will restore the Hard Top model to the rugged 4×4 family. The Land Rover Defender Hard Top will go on sale in the European markets by the end of this year. The new model is claimed to have all-terrain capability and modern-day connectivity solutions.

The Defender 90 and 110 Hard Tops will feature independent coil-sprung suspension, with advanced electronic air suspension in the 110. Both models have a ground clearance of 291mm. The 110 Hard Top will have approach, breakover and departure angles of up to 38, 28 and 40 degrees respectively (in Off-Road height).

With towing capacity of 3,500kg, the new Defender Hard Top will be an ultimate commercial 4×4. The flexible cabin has no second or third-row seats, but the optional front-row jump seat means it will still accommodate up to three people. Land Rover’s clever ClearSight Rear View mirror system preserves rearward visibility when the jump seat is occupied, or when the load space is full. It uses a live video feed from a rear-facing camera to give drivers an unobstructed view at all times. The SUV will feature Land Rover’s intelligent Advanced Tow Assist system that takes the stress out of difficult reversing manoeuvres by letting drivers steer trailers with their fingertips using a rotary controller on the centre console.

The SUV will have a maximum wading depth of 900mm, which is also supported by a new Wade programme in the Terrain Response 2 system. It will get Pivi Pro touchscreen infotainment system, which will be compatible with Apple CarPlay and Android Auto. Twin eSIM technology underpins Pivi Pro and supports Software-Over-The-Air (SOTA) capability, allowing customers to download updates for a variety of vehicle systems.

The upcoming Land Rover Defender Hard Top models will sport advanced driver assistance systems. It will have 3D surround camera system. Adding to it, the Hard Top will have the remote smartphone app to keep track of the location, fuel level and journey history of their vehicle remotely, for ultimate peace of mind and security.