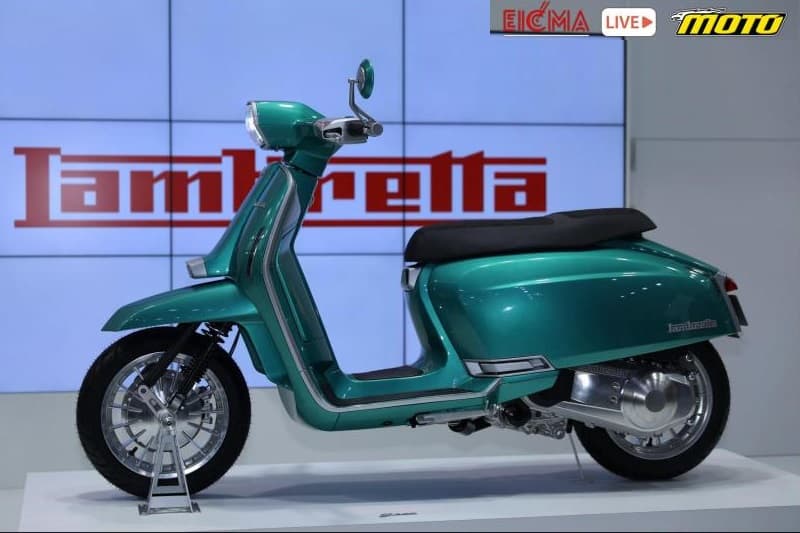 We have reported earlier that popular Lambretta scooter from the 1990s will make a comeback in India in 2020. The first model from the Italian two-wheeler maker will be an electric scooter that will be unveiled at the 2020 Auto Expo. The company recently revealed that it will launch the high-power Lambretta G-Special electric scooter in the Indian market.

Design and styling of the Lambretta G-Special scooter could be inspired by the Lambretta G325 Special concept that recently made its debut at the 2019 EICMA motor show in Milan. The latter has been designed on a full steel monocoque platform with interchangeable side panels.

One of its special features is an illuminated logo on the foot board that recognizes the keyless transmitter and automatically illuminates as the rider approaches the scooter. The concept carries the signature Lambretta design language and features full rider interface.

The Lambretta G325 Special concept comes fitted with J Juan disc brakes at the front and rear end. Some of its design highlights include LED headlamp, large body panels, unique air-intake snout above the front fender and long swooping lines.

Lambretta, owned by Innocenti, will further expand its electric scooter and motorcycle range. The company also aims to make Lambretta the world’s top brand in the Italian classic scooter segment before 2028. It will also make investment in Hydrogen2 technology.