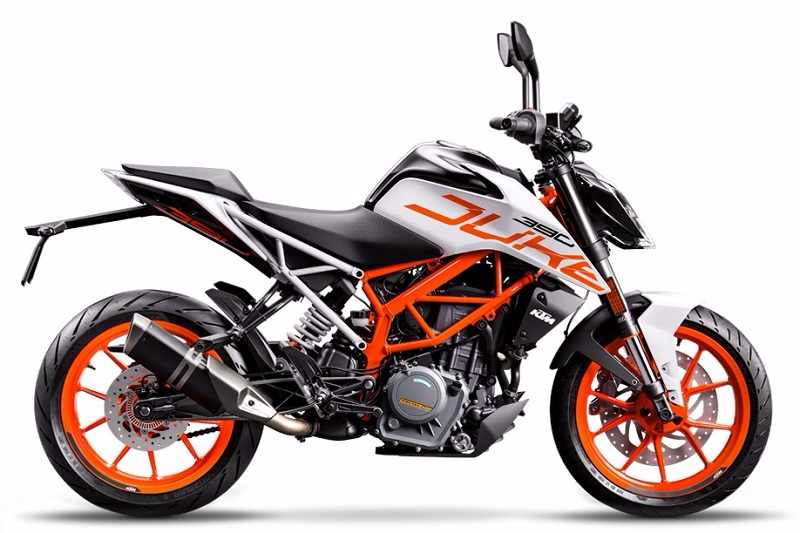 2017 KTM Duke 390 was launched in February with minor features and mechanical upgrades. Initially, the bike was made available only in Orange shade. Now, the Austrian motorcycle manufacturer has added a new White colour scheme to the model line-up. However, the 2017 KTM Duke 390 White edition will be retailed in select cities.

Save for the new White shade, the design and specifications of the new KTM Duke 390 White edition remain unchanged. Similar to the regular model, the limited edition comes fitted with a 373.2cc, single-cylinder liquid-cooled 4-stroke engine. This motor, with a 6-speed gearbox, churns out a top power of 43bhp at 9,000rpm and 37Nm of torque at 7,000rpm.

Features such as new exhaust system and more efficient brakes make it a more fun to ride bike. Carrying 163kg kerb weight of the bike is a pair of Metzeler Sportec M5 110/70 front and 150/60 rear tyres. This streetfighter sits on split trellis frame, and have open cartridge WP upside down and WP monoshock suspension setup.